Sunday’s ad is for Carlsberg, advertising for the James Bond movie, the Living Daylights, which premiered July 31, 1987. In the ad, a torso in a tuxedo is pouring a glass of Carlsberg for himself, while a pair of female hands caress the man. He’s obviously meant to be James Bond, and the ad carries the tagline “He’s dangerous and he takes chances. Except when it comes to his beer.” 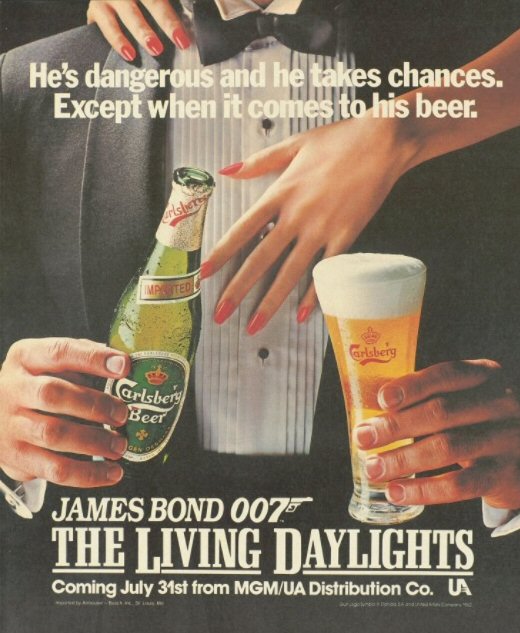