Sunday’s ad is for Schlitz, from 1905. In the first decade of the 20th century, Schlitz Brewing, then one of the largest breweries in the U.S. after the industry had shrunk from over 4,000 to around 1,500 in just 25 or so years, did a series of primarily text ads, with various themes. In this ad, Schlitz is saying fuck freshness, what you really want is old beer. No, not really, but it’s still an odd message that you don’t want beer that’s “too green,” or as the ad copy claims. “Beer doesn’t cause biliousness if it is aged well. It’s the green beer that should be avoided.” And thanks to Schlitz aging their beer “for months before it’s marketed,” “[t]he result is beer that is good for you.” 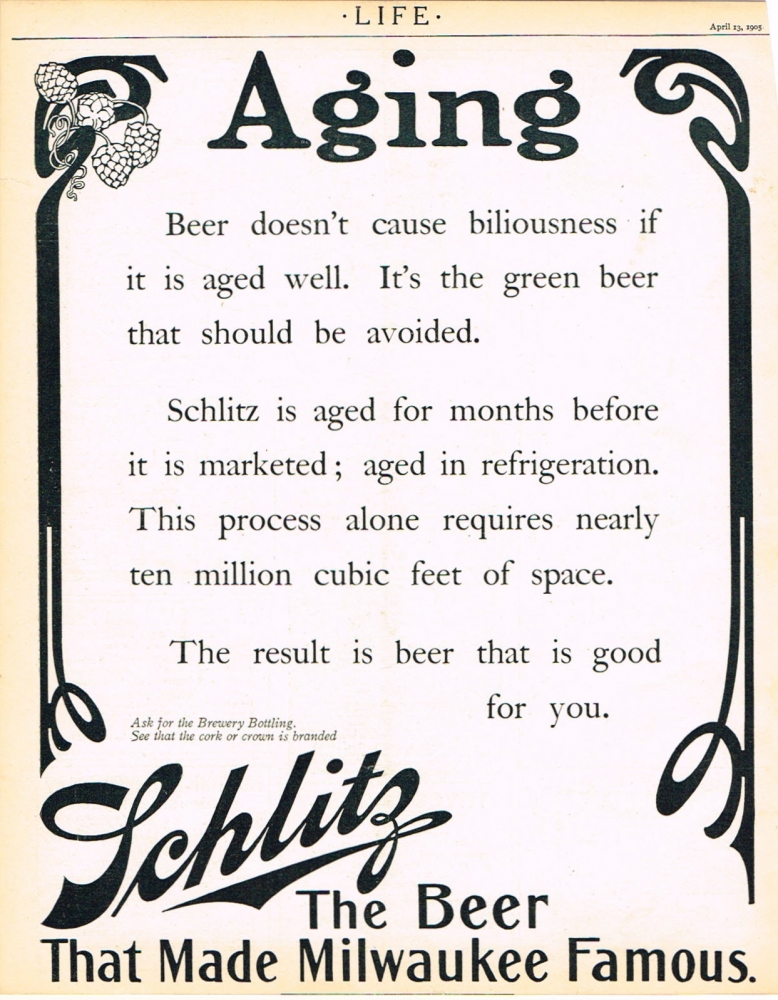