Friday’s ad is for is by Ballantine Ale, from 1957. In the 1950s, Ballantine advertised the hop variety “Brewer’s Gold” as “a rare strain of choice hops” and even registered it as a trade-mark, although Brewers Gold is widely available today. In this ad, a large party is being held in a tavern or some such. I’m not entirely sure what they’re doing but a good guess seems that they’re playing charades and the woman in the green dress is trying to get people to guess what she’s doing. Of course, she could just be waving to somebody, but everyone except the server is staring at her intently, as if they’re trying to figure it all out. So my money’s on charades. 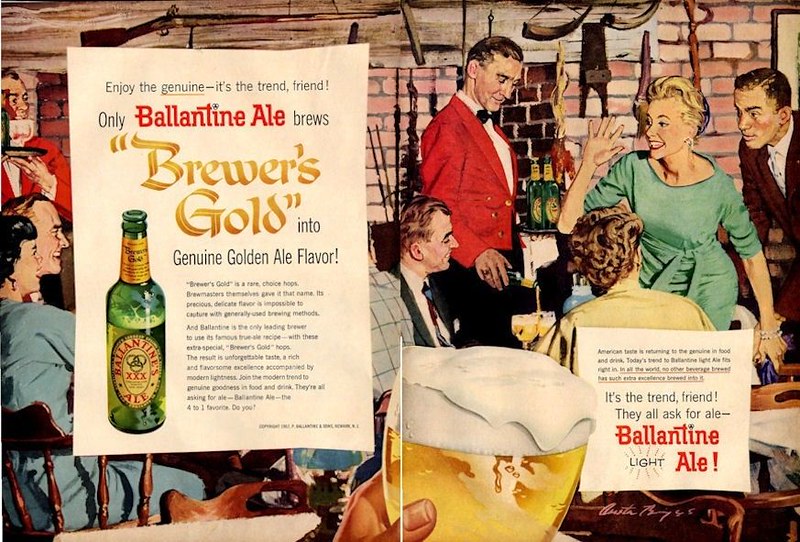 This scan of the ad is clearer, but it’s only the right half of the double truck. 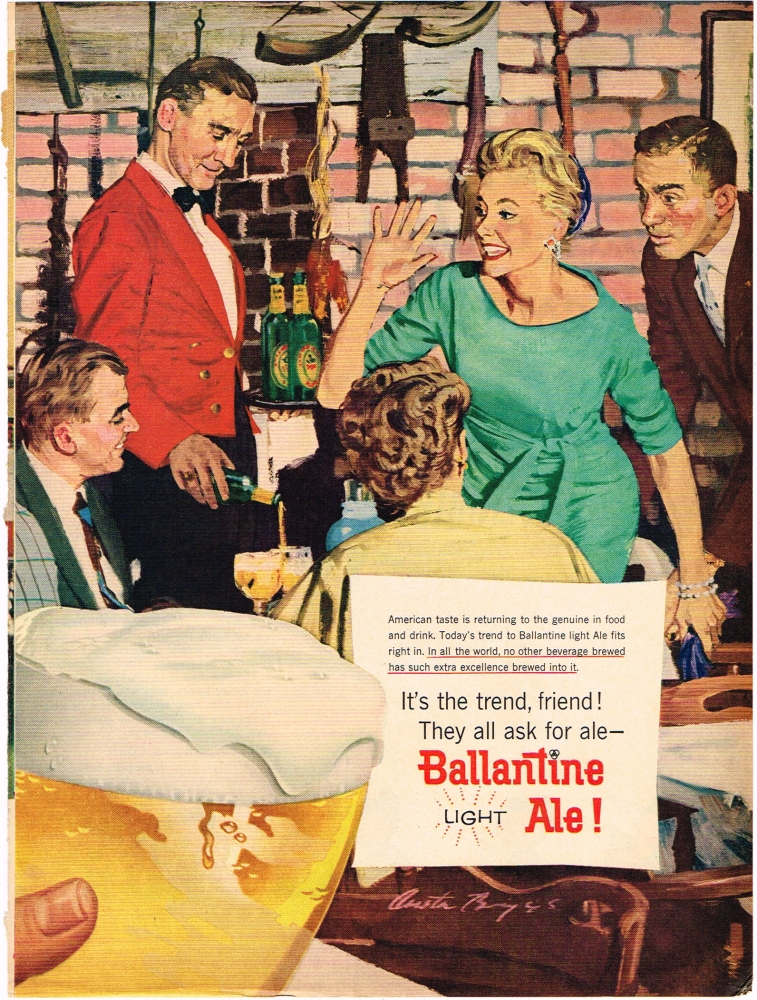