Wednesday’s ad is for Michelob, one of the brands created by Anheuser-Busch as a draft-only beer in 1896. It was first packaged in 1961, and its distinctive teardrop bottle won a design award the following year. But that was replaced in 1967 “for efficiency in the production line,” but reverted to a traditional bottle in 2002. This ad is from 1970, and features a bottle and mug of Michelob, surrounded by a deck of cards with a few Jokers visible in what looks like a double-deck. The other thing that stands out is that this is an unusual deck of cards, not a standard one, based on the pips I can see. But to be fair, it’s all 2’s and Jokers. 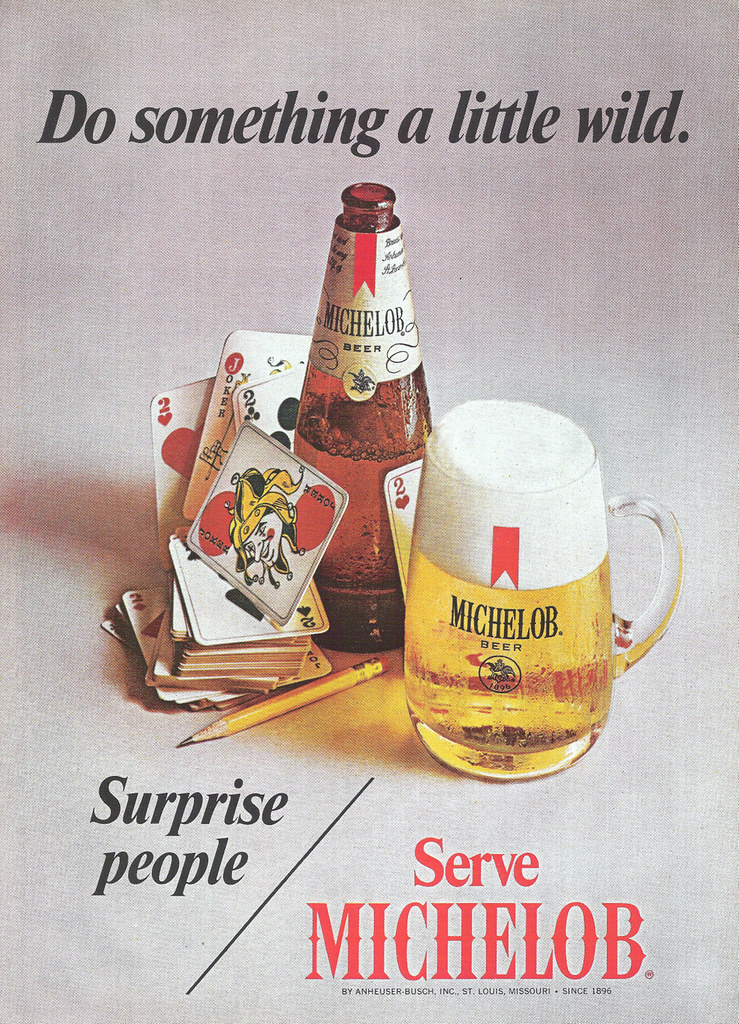