Sunday’s ad is for Schaefer Beer, “first produced in New York City during 1842 by the F. & M. Schaefer Brewing Company.” This ad, from 1947, features a very enthusiastic Thanksgiving dinner. I say that because I’ve never even heard of a Thanksgiving dinner where people dress up as pilgrims with little pilgrim hats. She’s also carrying a tray of beer that also has on it a turkey centerpiece with toothpicks holding cut-up hot dog pieces. Yum. Of course, maybe they’re turkey dogs? 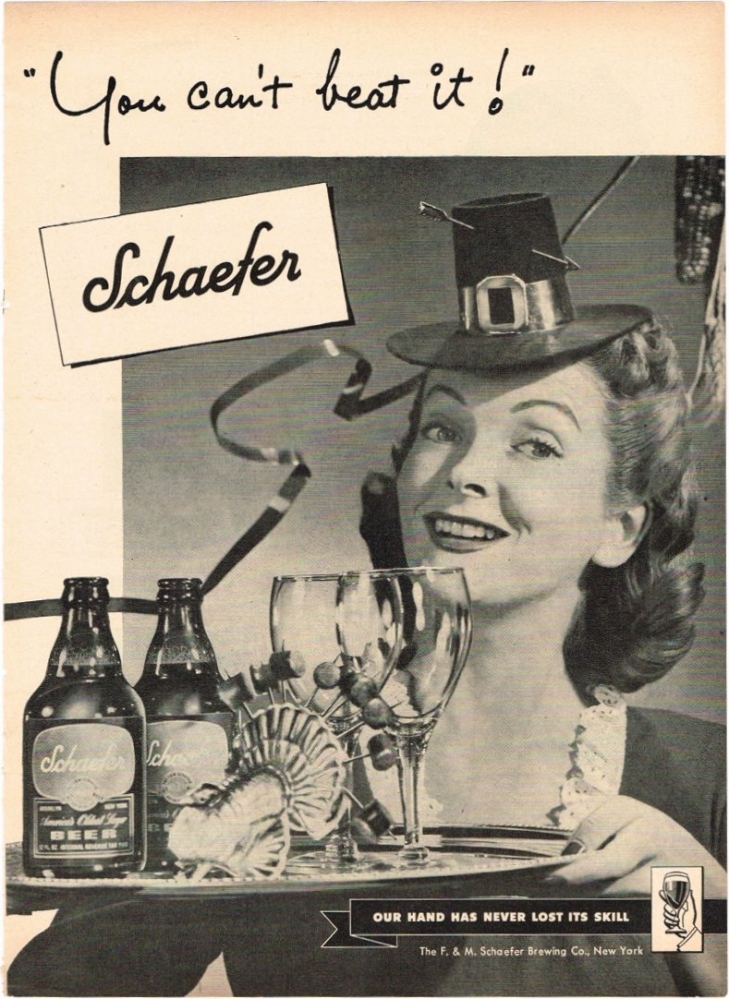