Wednesday’s ad is for Birra Venezia, from 1926. From the late 1800s until the 1940s, poster art really came into its own, and in Europe a lot of really cool posters, many of them for breweries, were produced. This poster is for Birra Venezia, or beers of Venice, Italy. It was created by French commercial artist Achille Mauzan for his agency, Mauzan-Morzenti. 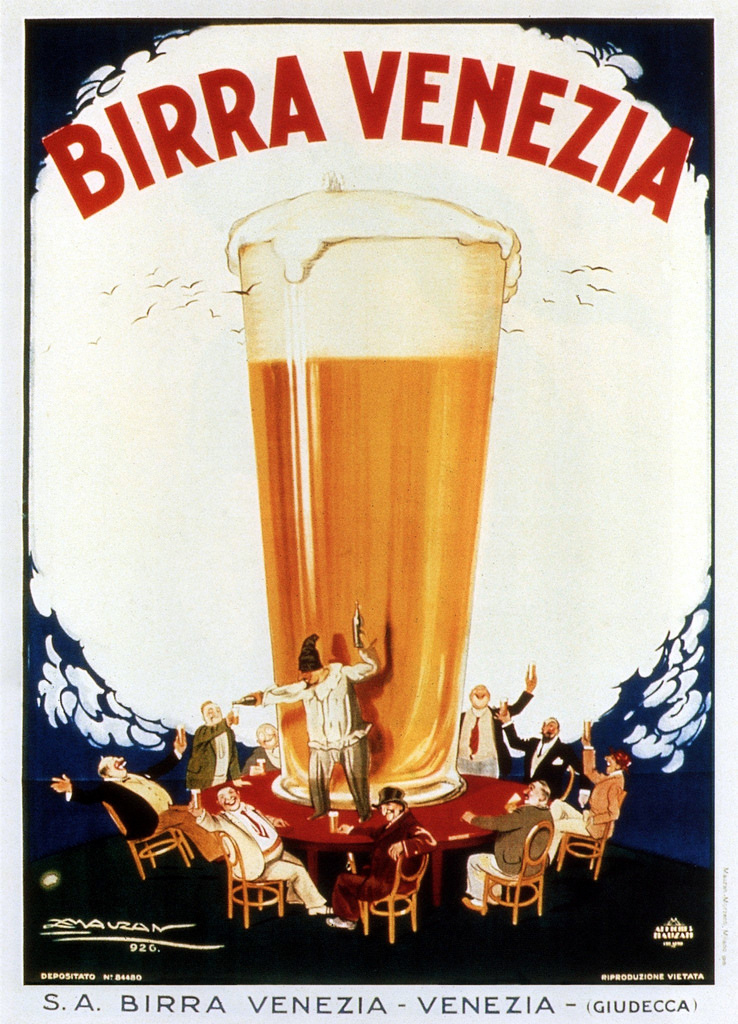 It appears they created a second one, too, that’s almost exactly the same except for what the man on top of the table pouring beers is wearing. The signature is slightly different, too, listing Mauzan’s agency rather than Mauzan himself. 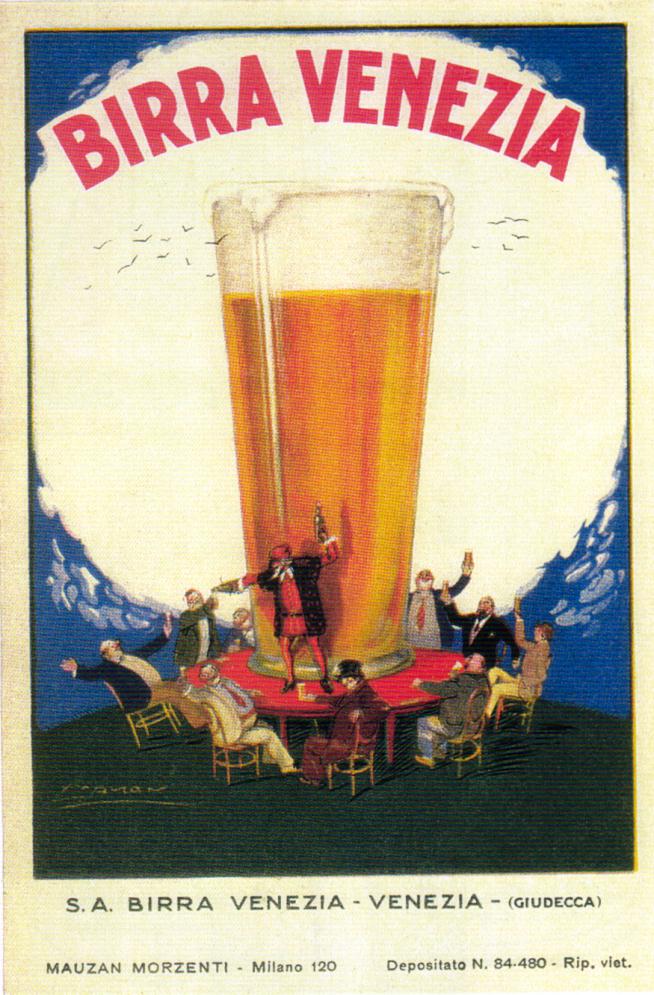