Tuesday’s ad is for Mackeson’s Stout, originally brewed by the Hythe Brewery in Kent, which was founded in 1699. The Mackeson family acquired the brewery in 1801 and introduced their most enduring beer, the milk stout, in 1907, before being taken over by Whitbread in the late 1920s. I love the notion that the milk stout is the product of illicit love between beer and milk, though of course there’s no actual milk in the beer. 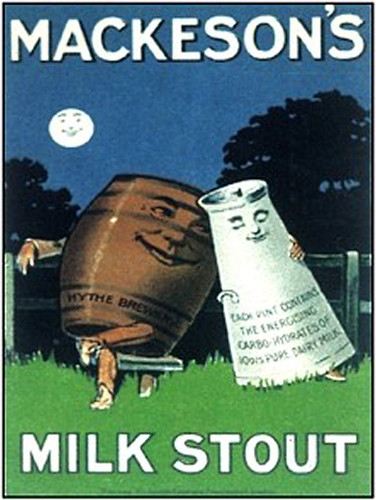