Today was the 20th annual IPA Festival at the Bistro. The weather mostly cooperated and it ended up only a little wet in Hayward, with sun peeking out mid-afternoon. It was near perfect beer-drinking weather once we emerged from judging in the basement all morning. This year’s big winner was Revision IPA, from Revision Brewing, which was chosen best in show, out of 53 IPA offerings. It was an especially big win for Jeremy, as it’s one of the first batches from his new Revision Brewing, which even managed to beat his own IPA that he created at his previous brewery, Knee Deep. Revised, indeed. The full list of winners is below. 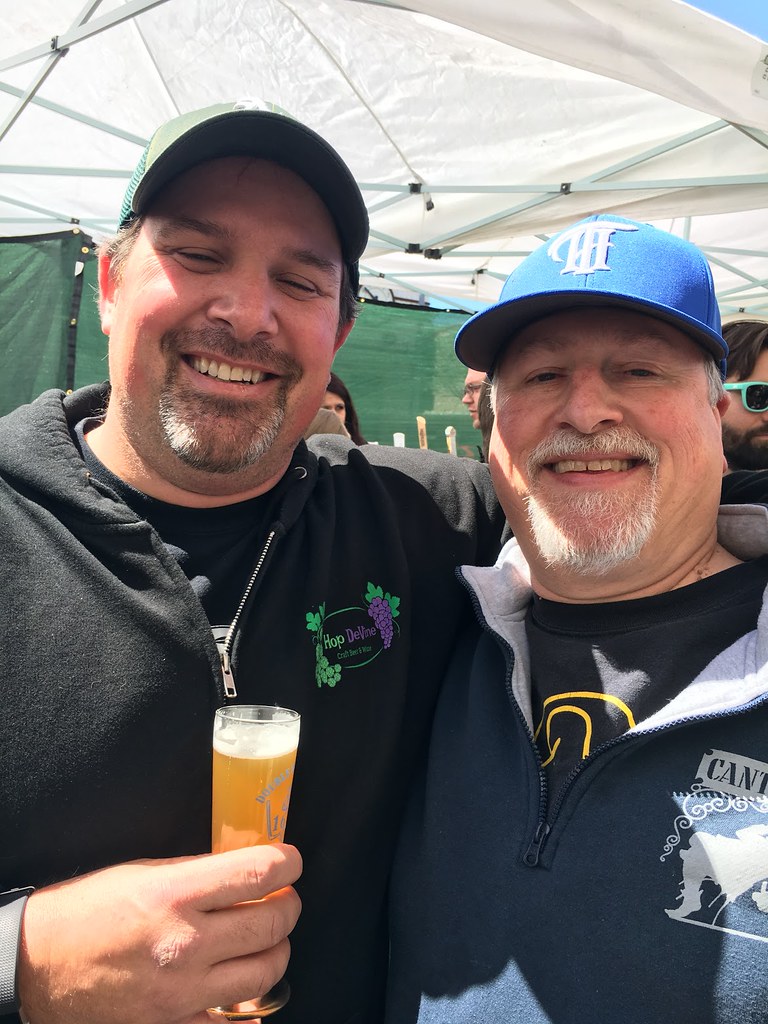 Jeremy Warren and me at today’s Bistro IPA Festival.