The passionate folks from the Burgundian Babble Belt, a vocal group of Belgian beer enthusiasts, usually has a tasting of Belgian-style beers around GABF but I’ve never before had an opportunity to attend one of their events. This year, the Celebrator was a partial sponsor, and it was before the Brewers Reception, so I had a chance to go. It was held in a delightfully funky building, a three-story former synagogue in a sketchy neighborhood just outside downtown Denver. If there hadn’t been a sign on the door, I would have thought we were in the wrong place. But after a long climb, we arrived at the cavernous third floor, filled with funky decorations and terrific food and beers. It was only too bad we couldn’t have stayed all night. 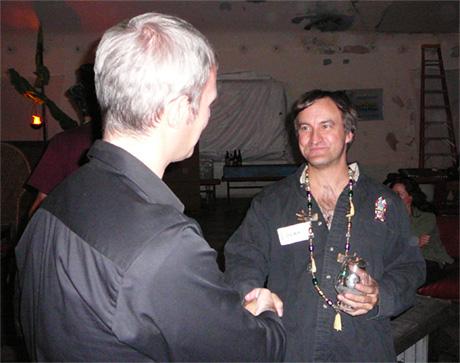 Stephen Beaumont chats with our host for the evening, Logan. 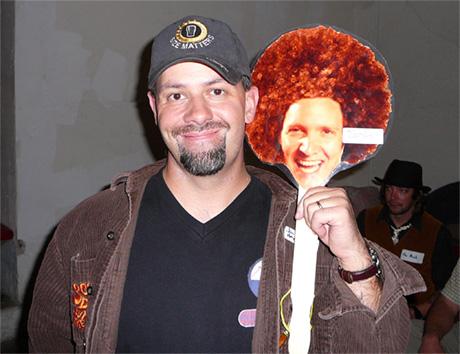 Jeff and his friend Josh, who he made sure did not miss a GABF event despite being miles away from Denver for the first time this year. 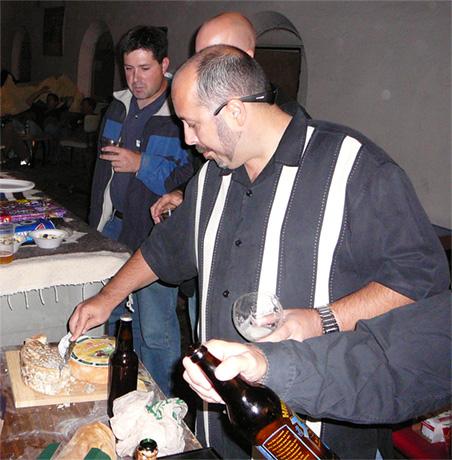 We were almost out the door when Dr. Bill arrived, and enticed us back upstairs with a wheel of Chimay cheese, along with his usual assortment of fantastic beers. To be fair, he really didn’t have to twist our arms very much.