You are here: Home / Beers / Duvel Invests In Firestone Walker

Here’s they said it on their website, at Firestone Walker news: 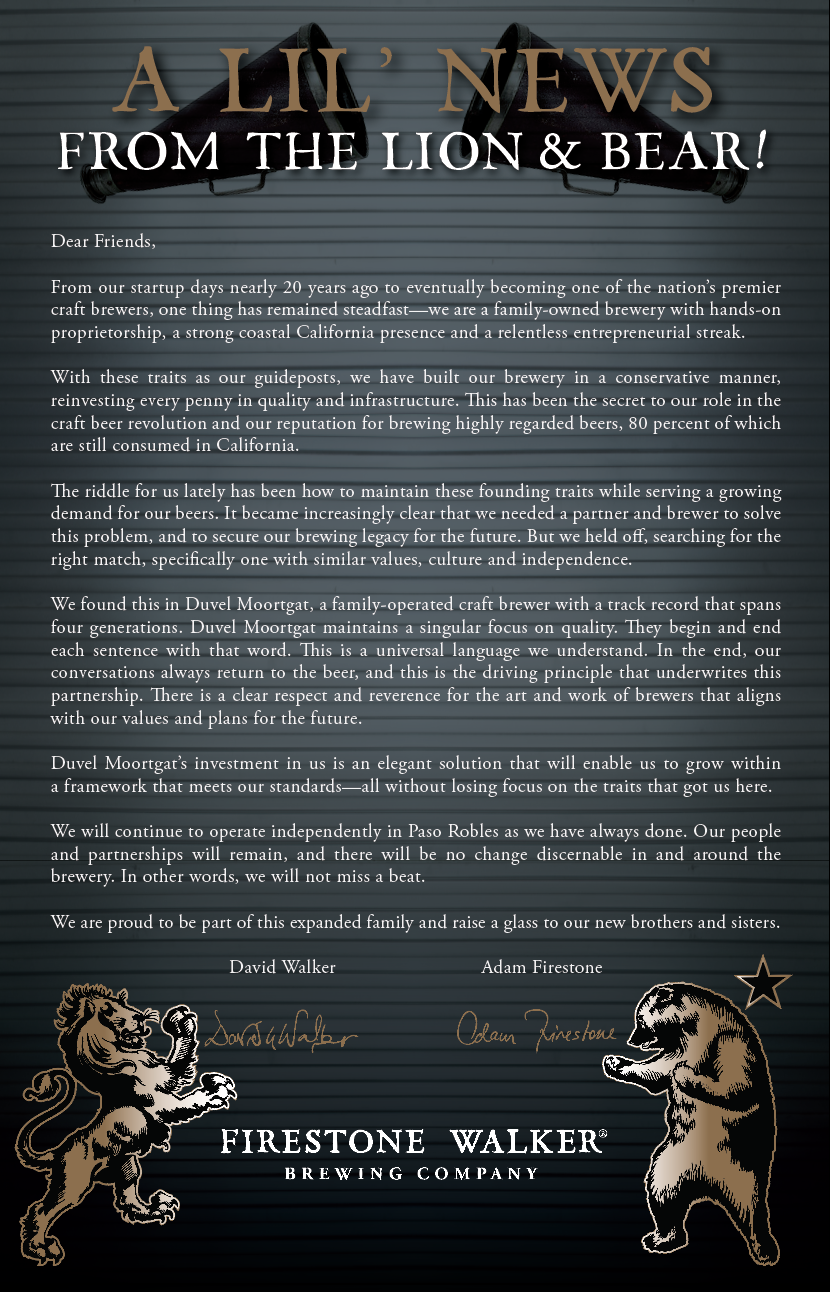 And this was the press release sent out:

July 16, 2015 – Kansas City, Mo., & Paso Robles, Ca. – In an agreement signed earlier this week, Firestone Walker Brewing Company and Duvel Moortgat will combine their two companies in the USA. The California brewery will continue to operate independently in Paso Robles under its current leadership of David Walker and Adam Firestone.

David Walker and Adam Firestone, joint founders of Firestone Walker said: “The Firestone Walker and Duvel Moortgat families have combined forces to broaden their capacity and scope as brewers. Long admirers of each other’s beers, culture and breweries, the two teams saw the perfect fit for an alliance. The partnership will allow Firestone Walker to develop our capacity across the US in a conservative and thoughtful way by consummating a life long tie with this family-owned international craft brewer, who continue their commitment to participating in the American Craft Revolution.”

“The relationship I have built with David and Adam made Firestone Walker the perfect fit for future growth,” said Michel Moortgat, CEO of Duvel Moortgat. “We share the same values; have a great mutual respect for each other’s achievements and a deeply-held belief in exceptional quality as a platform for long-term success. Bringing Firestone Walker together with Boulevard, Ommegang, Duvel and the other craft breweries in our family creates a stronger platform in the USA for us both and allows us to collaborate on brewing in different locations across the USA”

“The most important thing that we can do for Firestone Walker is to help David and Adam manage the exponential growth that their team and their brewery is experiencing right now by providing financial and production capacity to support them,” said Simon Thorpe, President of Duvel Moortgat USA. “We are not integrating our organizations. Both Boulevard and Ommegang are also enjoying tremendous success and we still have much to do in realizing our dream for both these breweries.”

The transaction between Duvel Moortgat and Firestone Walker is expected to close later this year. It is an agreement between two private, family-owned companies, so no financial or contractual details will be disclosed.

It will be interesting to see how this is the same or different from the deal Duvel did with Boulevard Brewing almost two years ago, from which Boulevard seems to have emerged unscathed and doing well, both in terms of quality and public perception. At this point, it appears it may be similar, with very little changing in terms of day to day operations of the brewery and with all the key people remaining in place. 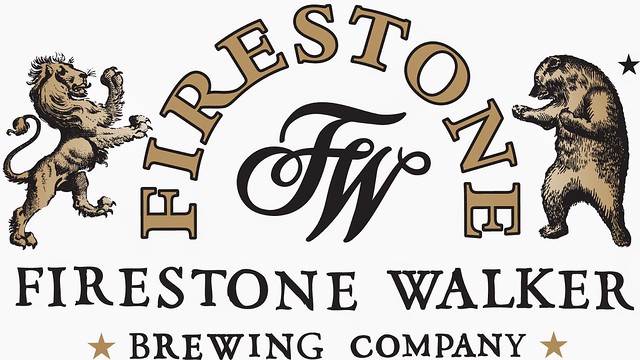