Apparently in Washington, our Congress is hard at work negotiating a free trade agreement with the EU. Not surprisingly, the EU is asking for protective status of European products that are traditionally from Europe. You can’t really blame them. For instance they’re asking for the names “feta” and “parmesan” only for cheese made in Europe. I don’t know the history of those cheeses, but I’m guessing Greece and Italy do, and believe their cheeses to be the true expressions of them. They’re also asking that “‘bratwurst’ be allowed on only European-produced sausages.” Again, I don’t know the history but given that German and other European immigrants came to America and started businesses making bratwursts a hundred years ago, or more, it seems a tough sell. I likewise assume it was Italians in the U.S. who began marketing parmesan cheese here long before Kraft got in the game.

But according to an article in the USA Today, Senators: Back off our brats, beer, they’re not stopping there. I might have expected that Belgian beer might be part of the negotiations, since Belgian brewers aren’t thrilled about American beers labeled as “Belgian” instead of “Belgian-style.” But it’s “Oktoberfest” they object to. According to the story, “[i]f U.S. negotiators agree to European demands, U.S. manufacturers would have to change product names to “Oktoberfest-like ale.”

But since an “Oktoberfest” beer has certain style parameters that just about any brewer worth his salt could replicate, I can’t see how that one makes sense. I’ve never known German brewers to complain about that the way that I’ve heard Belgian brewers, but maybe I’ve missed that. Can a beer style, once created in a geographic area, sometimes because of the locally available ingredients or water source, only be made in that same place to be considered authentic? I think we can say yes for lambics, but others? What do you think?

There’s also countless local American Oktoberfest events throughout September and October each year, some have been taking place for decades or longer. Does Germany object to those, too? 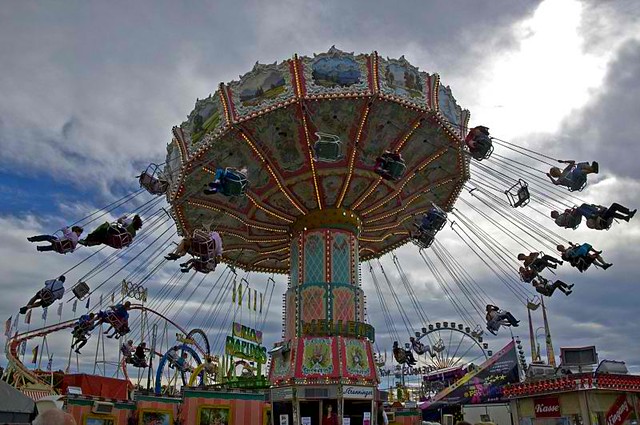