Today is the birthday of Benjamin Lee Guinness, 1st Baronet (November 1, 1798–May 19, 1868). He was the grandson of Arthur Guinness (1725–1803), “who had bought the St. James’s Gate Brewery in 1759. He joined his father in the business in his late teens, without attending university, and from 1839 he took sole control within the family. From 1855, when his father died, Guinness had become the richest man in Ireland, having built up a huge export trade and by continually enlarging his brewery.” 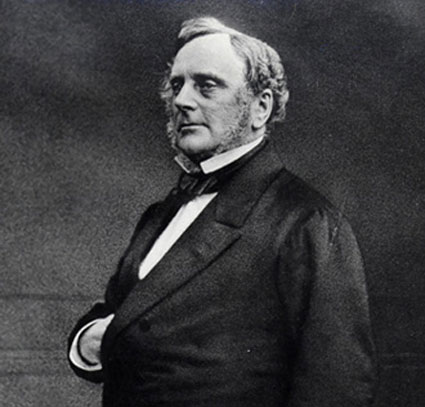 In 1851 he was elected the first Lord Mayor of Dublin under the reformed corporation.

In 1863 he was made an honorary LL.D. (Doctor of Laws) by Trinity College Dublin, and on 15 April 1867 was created a baronet by patent, in addition to which, on 18 May 1867, by royal licence, he had a grant of supporters to his family arms.

Guinness was elected to the House of Commons in 1865 as a Conservative representative for Dublin City, serving until his death. His party’s leader was Lord Derby. Previously he had supported the Liberal Lord Palmerston, but in the 1860s the Liberals proposed higher taxation on drinks such as beer. Before 1865 the Irish Conservative Party did not entirely support British conservative policy, but did so after the Irish Church Act 1869. The government’s most notable reform was the Reform Act 1867 that expanded the franchise.

From 1860 to 1865, he undertook at his own expense, and without hiring an architect, the restoration of the city’s St Patrick’s Cathedral, an enterprise that cost him over £150,000. In 1865 the building was restored to the dean and chapter, and reopened for services on 24 February. The citizens of Dublin and the dean and chapter of St. Patrick’s presented him with addresses on 31 December 1865, expressive of their gratitude for what he had done for the city. The addresses were in two volumes, which were afterwards exhibited at the Paris Exhibition.

In recognition of his generosity, he was made a baronet in 1867. He was one of the ecclesiastical commissioners for Ireland, a governor of Simpson’s Hospital, and vice-chairman of the Dublin Exhibition Palace. He died the following year at his Park Lane London home. At the time of his death he was engaged in the restoration of Archbishop Marsh’s public library, a building which adjoins St. Patrick’s Cathedral, which was finished by his son Arthur.

He showed his practical interest in Irish archæology by carefully preserving the antiquarian remains existing on his large estates around Ashford Castle in County Galway, which he bought in 1855. Nearby Cong Abbey was well-known, and the famous Cross of Cong had been moved to a Dublin museum in 1839. 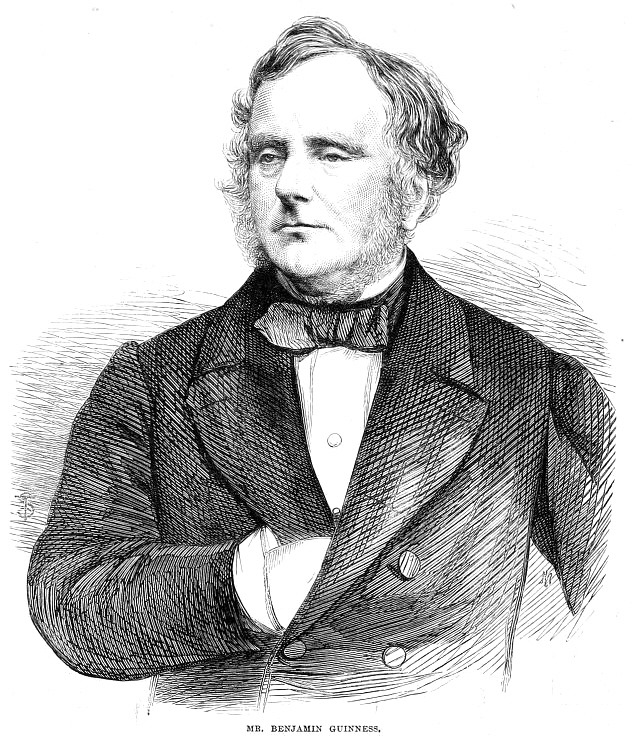 On 24 February 1837 he married his first cousin Elizabeth Guinness, third daughter of Edward Guinness of Dublin, and they had three sons and a daughter, living at Beaumont House, Beaumont, in north County Dublin. In 1856 he bought what is now Iveagh House at 80 St Stephen’s Green. Ashford Castle was described in William Wilde’s book on Lough Corrib in the 1860s.

He was succeeded in the baronetcy by his eldest son, Arthur, who took over the brewery with his brother, the third son, Edward. His second son Benjamin (1842–1900) married Henrietta, daughter of the 3rd Earl of Howth; they moved to England where he was a Captain in the Royal Horse Guards. His daughter Anne (1839–1889) married William, Lord Plunket in 1863. The present-day Guinness Baronets descend from his second son Benjamin.

He was buried in Mount Jerome Cemetery, Dublin, in the family vault, on 27 May. His personalty was sworn under £1,100,000 on 8 August 1868. A bronze statue of him by John Foley was erected by the Cathedral Chapter in St. Patrick’s churchyard, on the south side of the cathedral, in September 1875, which was restored in 2006. 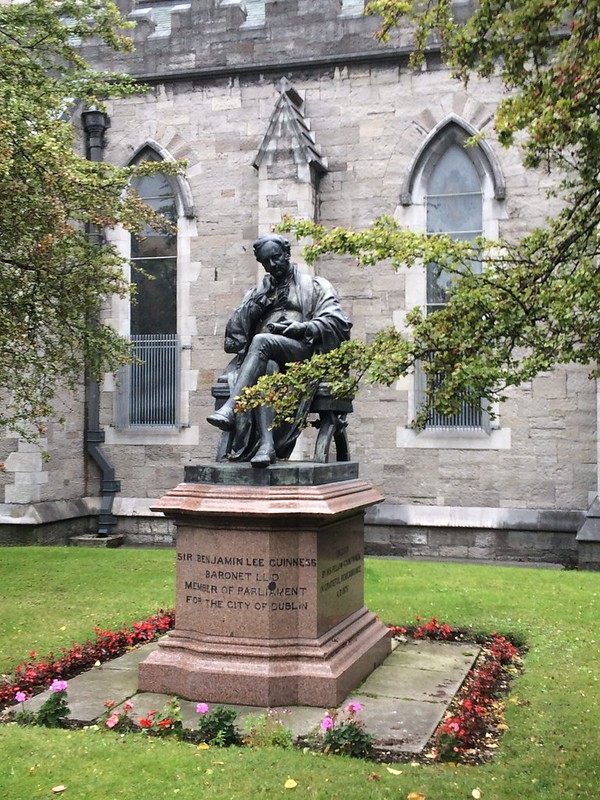