Today is the birthday of Henry Liebmann (December 6, 1836-March 27, 1915). He was born Heinrich Liebmann in Schmiedelfeld, Baden-Wuerttemberg, Germany. His father owned the Castle Schmiedelfeld, but when Henry was four, the family moved to Ludwigsburg and operated the Zum Stern Inn there, which also included a brewery. For political reasons, some of the family moved to America around 1850 to build a home, and the rest followed in 1854. Initially he ran the old Maasche Brewery, but later built a new brewery in Bushwick. Originally, it was called the Samuel Liebmann Brewery, but when his sons joined the brewery, it was called the S. Liebmann’s Sons Brewery. When Henry’s father died in 1872, Henry and his brothers took over the family brewery, and Henry became brewmaster. After prohibition ended, the brothers’ six sons re-opened the brewery as the simpler Liebmann Breweries, but in 1964 they changed the name again to Rheingold Breweries, after their most popular beer. The brewery closed in 1976. 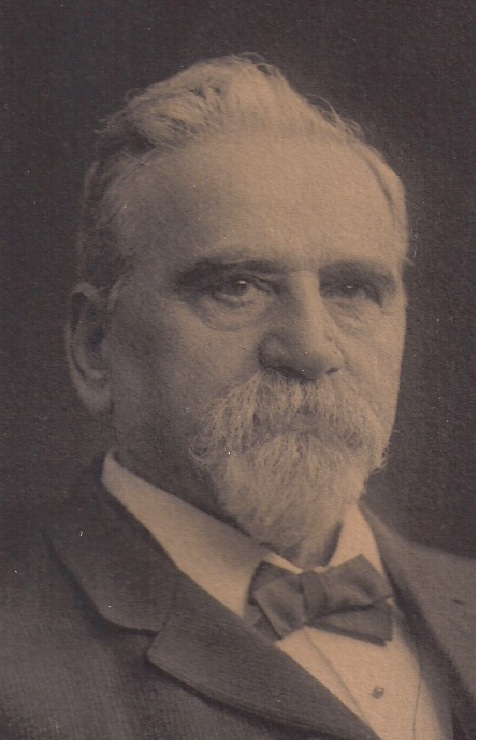 Here’s his obituary from the Brewers Journal, in July of 1915: 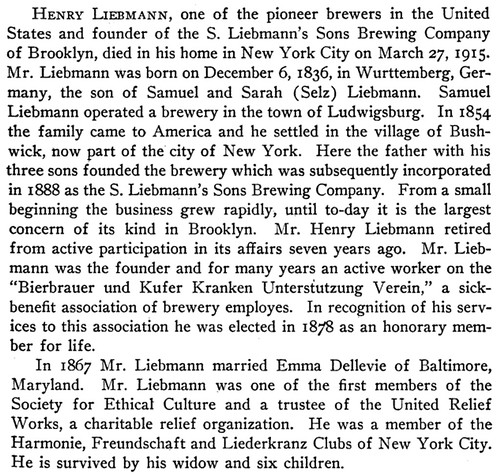 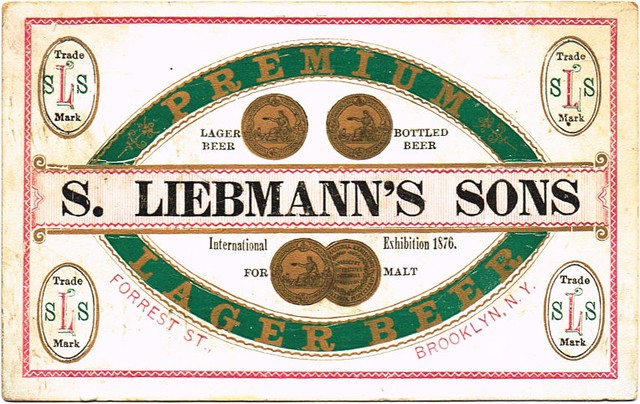 Unfortunately, political developments in the U.S. between 1914 and 1933 were extremely disadvantageous for the Liebmann brewery. The resentment against Germany and anything German during World War I led to an informal boycott of German beers. Following close upon the lean wartime years, was the implementation of Prohibition in 1920 forbidding the manufacturing and trading of alcohol. The Liebmann enterprise managed to survive by producing lemonade and a product they called “Near Beer.”