Today is the birthday of Henry Weinhard (February 18, 1830-September 20, 1904). He was born in Württemberg, which today is in Baden-Württemberg, Germany, but moved to nearby Stuttgart where he was an apprentice brewer. According to Wikipedia, he was a German-American brewer in the state of Oregon. After emigrating to the United States in 1851, he lived in Philadelphia, Cincinnati, and California before settling in the Portland, Oregon, area. He worked for others in the beer business before buying his own brewery and founded Henry Weinhard’s and built the Weinhard Brewery Complex in downtown Portland.” 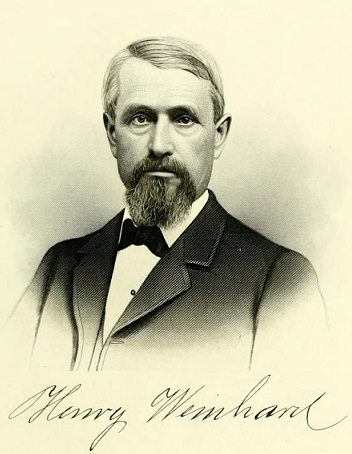 Here’s Weinhard’s obituary, from a 1904 newspaper, the Morning Oregonian.

Henry Weinhard, the pioneer brewer of the Pacific Coast, whose name has become a household word in Oregon, died at 11:10 o’clock last night at the age of 74 years. He was suffering from an attack of uremic coma, the third with which he has been seized in recent years, and for several days his life has been despaired of. The disease stopped the action of his kidneys three days ago and he had been unconscious during that period, except for a slight glimmer yesterday afternoon. The end came without struggle and apparently without pain.

Mr. Weinhard was a typical Western man, with all the social qualities of the Western man and German. He succeeded by close application to a business which he made one of the largest industries of the city with a fame extending beyond the bounds of the United States. He was ready to lend to the city and state for the promotion of the success of the community the energy and ability which had made his own success, and he readily contributed to every charitable and public enterprise. As disease has crept upon him with age, he has gradually entrusted his business more and more to his sons in law, who have associated with him from their early manhood, so that thee will be no break in the management of his great interests. The arrangements for his funeral will probably made today. As he was a Mason, the Masonic body will doubtless take a leading part in the ceremonies.

The story of Henry Weinhard’s life is the story of success achieved by a young German who came to the United States equipped with youth, energy and thorough knowledge of his business. Born at Lindenbrohn, Wurtemburg in 1830, he was educated there and was apprenticed to the brewing business. Then he determined to seek a broader field for his activity and in 1852 came to the United States. After being employed for four years at a brewery at Cincinatti, O., he came to the Pacific Coast by way of the isthmus in 1856. He first worked at his trade in Vancouver, Wash., for six months and then in 1857 moved to Portland and, in partnership with George Bottler, erected a brewery at Couch and Front streets.

The growth of the business did not satisfy him, and not long after sold his interest and returned to Vancouver. He finally settled in Portland in 1862, when he bought Henry Saxon’s business on First, near Davis street, but in the following year bought the site of his present plant at Twelfth and Burnside streets, together with the small buildings occupied by George Bottler’s small plant.

Since then his business has steadily grown until his beer has a market throughout the Pacific states and he has built up a large trade export. The capacity of the plant has been steadily enlarged until it now covers two and three quarters blocks and produces 100,000 barrels of beer a year, the refrigerating machines alone making 42 tons of ice a day. How rapidly the business has grown is indicated by the fact that the storage capacity has also been greatly enlarged. Mr. Weinhard was always progressive and never hesitated to adopt the latest improvements in his business, he was very conservative in his investments. He erected ice plants at Eugene and Roseburg in place of local breweries which he bought out, and storage buildings at Oregon City, Baker City and Aberdeen, all of which with the sites were his own property.

He had of late years made large investments in real estate, but they were all in Portland and the immediate vicinity, and he has covered his city property with valuable buildings, but he never began any of them until he had the money on hand to complete them, for he never went into debt. His largest buildings, in addition to the breweries and its various buildings are the large seven story building bounded by Oak and Pine, Fourth and Fifth streets, the second half of which is nearing completion; the Grand Central Hotel, five stories high, at Third and Flanders, streets; the five story Hohenstaufen building, 50 by 100 feet, at Fourth and Alder streets, a two story building, 50 by 100 feet, at Fourth and Madison streets, and a farm of 620 acres in Yamhill County, known as the Armstrong farm.

Mr. Weinhard married in 1859 Louise Wagenblast, a native of Wurtemberg, Germany, who survives him, and by whom he had three children, one of them a boy died at the age of 2 1/2 years, on September 13,1862. His other children were Annie C. who married Paul Wessinger, the superintendent of the brewery, and Louise H., who is the wife of Henry Wagner, his accountant. Mrs. Wessinger is the mother of two children, a girl of nearly eighteen and a boy of sixteen and a half years, and Mrs. Wagner is the mother of a boy of ten years. His only other relatives in this country is Jacob Weinhard, a well to do maltster at Dayton, Wash., who is his nephew.

Mr. Weinhard was a member of the Willamette Lodge, A. F. & A. M. of Portland, and the Chamber of Commerce, Board of Trade and Manufacturers Association. He always took an active interest in all measures aimed at promoting the development of the state and was a liberal contributor to all public enterprises. 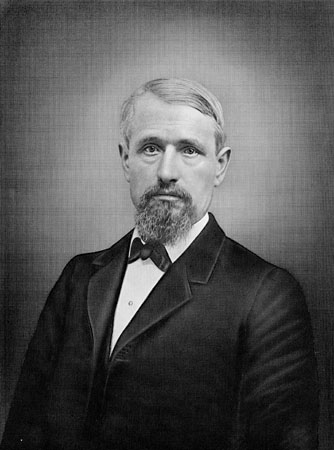 The Oregon Historical Society also has a biography of Weinhard and Brewery Gems also has a thorough history of the brewery. 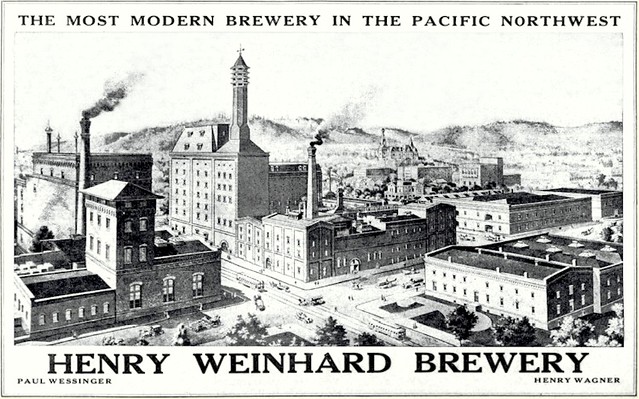 And here’s part one of a three-part documentary about the brewery. This part tells the story from the brewery’s founding up through prohibition. Part two covers the Blitz merger through the 1970s, and part three is about what they call “The Premium Reserve Years,” presumably from the 1970s to the present of when the film was made, which looks like late eighties or nineties. 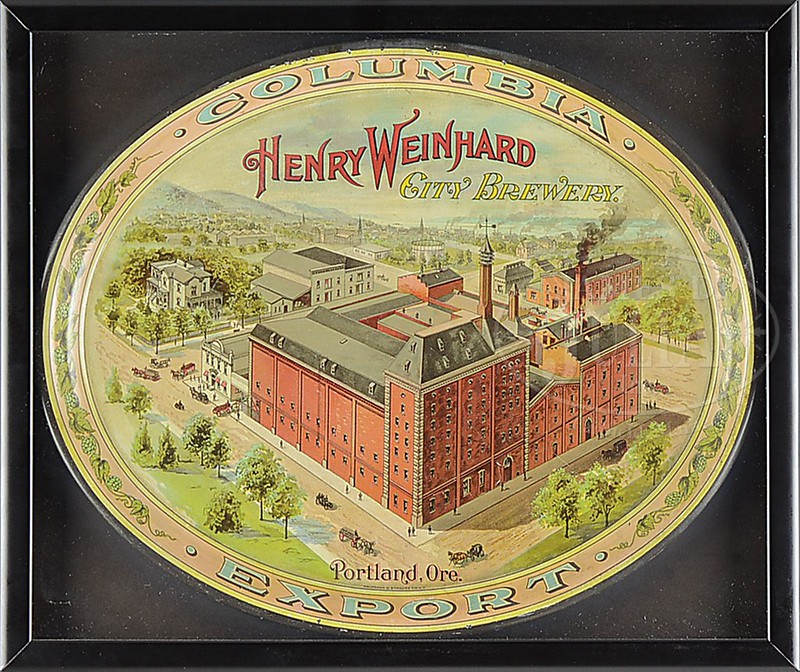 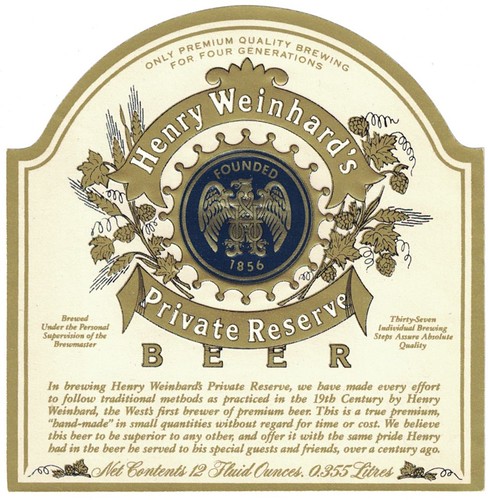