You are here: Home / Beers / Homebrewers Pick The Best Beers In America 2014

For the 12th straight year, the readers of Zymurgy magazine were asked to send in a list of their 20 favorite commercially available beers. With a record number of votes in the poll’s twelfth year, over 1,600 different breweries were represented in the voting. The results were not exactly shocking, and most of the beers and breweries that got the most votes were what you’d expect, I think, but it’s an interesting list all the same. The results are, as usual, printed in the latest issue, July 2014. 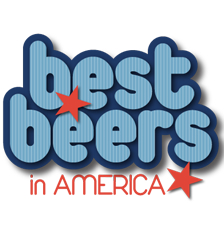 Four of the top ten are California beers (there were seven last year), with 24 making the list. This is the sixth year in a row AHA members chose Pliny the Elder as the top beer. This also the fifth consecutive year that Bell’s Two Hearted Ale came in second.

Brewery rankings are based on total votes received by each brewery’s beers. This year’s top brewery is Russian River Brewing Co., in Santa Rosa, Calif. Russian River placed five beers in the top 50, including both its Plinys. Bell’s Brewery finished second, while last year’s winner, Stone Brewing Co., came in third this year. Seven California breweries made the list, with six from Colorado, and two from Michigan. Again, (#) indicates their rank last year.

They also determined which breweries got the most votes for different beers that they produce, and called that list “best portfolio.” The number following their name is how many of their beers got at least one vote. [#] indicates their rank last year.

With a lot of ties, a few imports also received votes as readers’ favorite beers. As in years past, there was a decidedly all-American bent to the voting. Of the top 50 beers in the poll, none were produced by a foreign brewery, although Unibroue’s La Fin du Monde claimed the number one spot among imports. Again, [#] indicates their rank last year.