You are here: Home / Editorial / May is Mild Month

The British advocacy group CAMRA, the Campaign for Real Ale, promotes the month of May as “Mild Month” in an effort to educate people about a style that’s dying before their eyes throughout England. Since this Friday’s “Session” — a.k.a. Beer Blogging Friday — that I’ll be hosting will be about Milds, I thought I’d collect and provide some basic information about this relatively unknown and misunderstood style. In fact, the theme for Friday’s “Session” is “The Mysterious Misunderstood Mild” in an effort to make these delicious beers less so. Yesterday, CAMRA had a press release in anticipation of Mild Month beginning today that summarizes their efforts.

Mild was once Britain’s most popular style of real ale, but had fallen out of fashion in favour of other beers. However there are still many brewers who are enthusiastic about the future of Mild and CAMRA is dedicated to making sure their beers get the credit they deserve.

May has been designated as Mild Month by CAMRA and the consumer organisation is urging beer lovers to seek out milds in their local pubs and rediscover this wonderfully flavoursome beer.

CAMRA also suggests a few recipes for cooking with mild.

Mild’s popularity has been waning since at least 1960. In 1959 the style accounted for 42% of beer sold in Great Britain, but by 1980 its popularity had dropped to a mere 10% and today it’s far less than that. For a good overview of the history of the style and what led to its decline, read the December 1998 article that All About Beer magazine ran on the subject by Roger Protz, entitled “Vanishing Mild.”

Mild is one of the most traditional beer styles which is enjoying a revival in today’s real ale market. Usually dark brown in colour, due to the use of well-roasted malts or barley it is less hopped than bitters and often has a chocolatety character with nutty and burnt flavours.

Cask conditioned Mild is a rarity in a lot of parts of the country, which is a crying shame, because Mild is a distinctive and tasty beer. Mild is one of, if not the, oldest beer styles in the country. Until the 15th century, ale and mead were the major British brews, both made without hops. Hops were introduced from Holland, France and Germany after this time. This also started the trend on reducing the gravity of ale, as the Hop is also a preservative, and beers had to be brewed very strongly to try to help preserve them. The hop also started the rapid decline of mead, which is only made in a very few places today.

So what is Mild? It is a beer which has tastes and textures all it’s own. Basically it is a beer that is less hopped than bitter, etc. The darkness of Dark Milds, such as Greene King XX Mild, comes from the use of darker malts and/or roasted barley which are used to compensate for the loss of Hop character. “Chocolate “, “fruity”, “nutty” and “burnt” are all tastes to be found in the complexity of Milds. However, not all milds are dark. Yorkshire brewed Timothy Taylors Golden Best is one of the best examples of a light coloured mild, as is Bank’s Original, the name changed from Mild to try to give it a more modern image. In Scotland, 60/- ale is similar to mild (Belhaven’s being a good example). 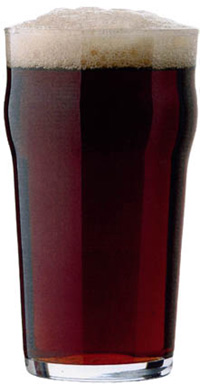 Milds today tend to have an ABV in the 3% to 3.5% range, with of course some notable exceptions. In fact, a lot of the Microbreweries who try their hand at mild are bringing the alcohol content back up somewhat! Mild wasn’t always weaker though. In the latter half of the 19th Century, milds were brewed to about the same strength as bitters as a response to the demand for a sweeter beer from the working classes and in those days most bitters were around 6 to 7% ABV.

During the First World War, malt rationing and pressure from the temperance movement led to brewers rapidly reduced the strength. Following the Second World War, as prosperity returned, mild`s popularity as a cheap ale began to fade, not being helped by being kept badly in run down pubs as the Big Brewers began to heavily promote their keg lager brands. Coupled to this was a gradual, but steady decline in heavy industry in the North and Midlands of Britain, mild`s great marketplace.

By the 1970s, the keg lager boom had seen mild’s share of the market fall to around 13% and it was a shame to see a bland gassy and overpriced product, which was generally weaker than the mild it was trying to oust, succeed in many cases.

On this side of the pond, there is a great deal of confusion about milds, though for me the most curious issue is that people don’t like the name. What on earth could be wrong with the word “mild,” which in terms of flavor is defined as “not sharp, pungent, or strong.” It’s the very opposite of extreme, but is still full-flavored and delicious. I can think of countless scenarios where a mild would be the ideal compliment to the situation, weather, food, etc.

Making things more confusing is the fact that oftentimes in England a mild when bottled is called a brown ale, but this is still not the same as a brown ale like Newcastle. And then there’s the fact that there are two recognized styles of milds, pale milds and dark milds, further clouding things.

The BJCP organizes milds under their Style #11, English Brown Ale, with 11A designated mild and two additional sub-styles, northern and southern English brown ale. They suggest IBUs of 10-25, SRM of 12-25, and ABV of 2.8-4.5%, with most falling between 3.1-3.8%. The only American example they list is Goose Island PMD Mild.

For the 2007 Great American Beer Festival, The Brewers Association will for the first time include milds as a separate category in the style guidelines. Two categories, actually, as they’re dividing them into two separate styles, English-Style Pale Mild Ale and English-Style Dark Mild Ale. These appear to be the same as Category 56 for the World Beer Cup. For the BA, Pale Mild has IBUs of 10-20, SRM of 8-17 and ABV of 3.2-4% and for Dark Mild, IBUs of 10-24, SRM of 17-34 and ABV of 3.2-4%.

The color distinctions between the two are described as “golden to amber” for pale mild and “deep copper to dark brown (often with a red tint)” for dark mild. Both are dominated by malt favors with very low bittering discernible and allow for some low levels of diacetyl (butterscotch). The dark mild may also include some licorice or “roast malt tones.” 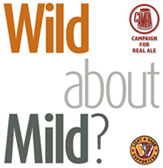 On Friday, if you’re participating in “The Session,” be sure to post a comment to the mild hosting post that will appear here on the Bulletin shortly after midnight PDT. I’ll try to add links in near-realtime and write up the days’ entries as time permits.

So for Friday’s Mild Session Blogging Extravaganza, it might not be quite as simple to find a mild as going to your friendly neighborhood corner bar or liquor store. Hopefully, the information listed above may give you some help in finding a suitable beer to write about. The beer may not have the word “mild” written anywhere on the label, but if it’s close to the style parameters then go for it. The idea of Beer Blogging Friday is to be as inclusive as possible so we’re not going to get too hung up on strict style standards — whatever those might be. Find a “mild” beer and join us. To get you started, listed below are some American milds listed on the major beer forums:

And here are a few more American milds that I know about:*

* For both Beer Advocate and Rate Beer, most of the top-rated milds are, naturally, English beers. I removed those British beers from the list here because I figured it was we Americans (and Canadians) that will need the most help in finding a mild. And for all of the listed beers, I have no idea whether or not they are currently available.