You are here: Home / Breweries / Oakland Brewing Finds A Home

Steve McDaniel and the folks trying to launch Oakland Brewing Co. have some good news. They’ve found a location, finally. It’s the Old Cottonmill building at 1010 22nd Avenue in Oakland. It looks like a great old brick building with some history to it. As Steve is quick to remind me, they still have a very long way to go before the building can be turned into a working brewery, but if their luck holds they hope to have beer in the market by the end of 2010. 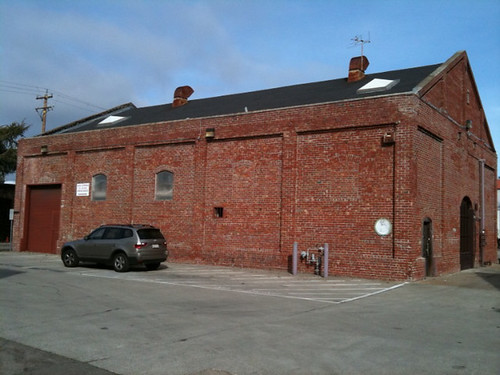 The building, I’m told, is located “a short diagonal off Livingston Street (terminating at I-880), which intersects Embarcadero where Quinn’s Lighthouse sits, just northwest from Coast Guard Island. Once you’re on 22nd Ave, drive toward the freeway and the building will be on your right … if you hit Numi Tea at I-880, you’ve gone too far. Irish Monkey Cellars, who make a fine Cabernet Franc, is right in that same area too.”

You can see more photos of the building at their website.