You are here: Home / Just For Fun / Order Of Temperance Founded Christmas Day

Here’s an interesting, and odd, bit of history. One of the earliest temoperance socities, the Order of Temperance, was founded on Christmas Day, December 25, 1600. It was established by Maurice, Landgrave of Hesse-Kassel. The Landgraviate of Hesse-Kassel, or Hesse-Cassel, was a state in the Holy Roman Empire.

Here’s a short history of the Order, from “The Gentlemen’s Magzine, published in 1836: 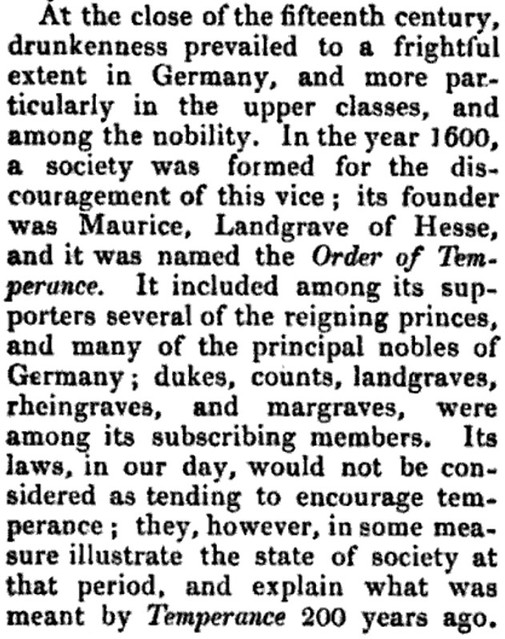 They were trying to put an end to the custom of “pledging healths,” which in that time period meant drinking to the health of everyone and everything; or toasting. So the Order of Temperance had its members pledge “to never become intoxicated.” Which is all well and good, except for one tiny little detail. The order had strict rules on alcoholic consumption and they were allowed no more than seven alcoholic drinks per meal, and only two meals per day; essentially they were restricted to only fourteen glasses or wine or beer per day. That was their idea of temperance. That doesn’t actually sound too bad, now does it? I think most of us could have taken that pledge. 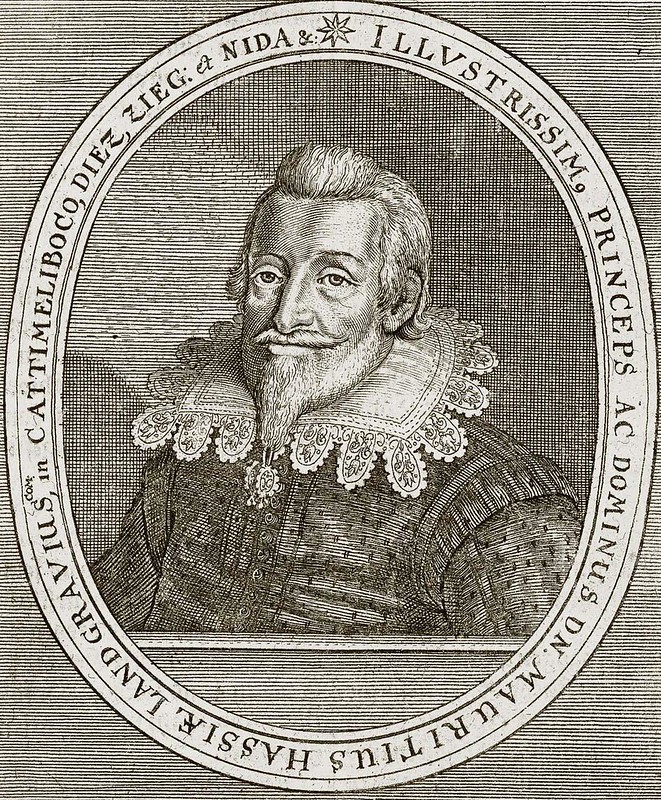