You are here: Home / Beers / Patent No. 2452476A1: Mediating The Effects Of Alcohol Consumption By Orally Administering Active Dry Yeast

Today in 2003, US Patent 3712820 A was issued, an invention of Joe Owades, for his “Mediating the Effects of Alcohol Consumption by Orally Administering Active Dry Yeast.” Here’s the short Abstract. “A process for lowering blood alcohol levels in humans after they imbibe alcoholic beverages by administering active dry yeast before or concomitantly with the imbibing of the beverages.”

This is most likely the origin of the hangover prevention that Jim Koch, from the Boston Beer Co., has popularized over the years, but especially after Esquire magazine ran an article about it last April, How to Drink All Night Without Getting Drunk.

The story got picked up by NPR, Serious Eats and even Snopes took a look at it.

But I’d actually heard Jim tell the story a couple of times at various events, most recently at a beer dinner last year at the Jamaica Plain brewery in Boston celebrating the 30th anniversary of Samuel Adams. 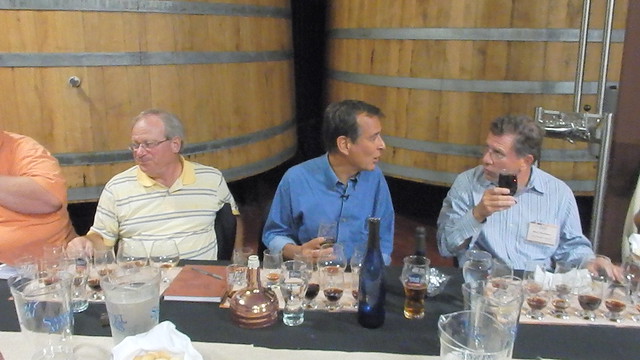 In telling the story, Jim did, of course, mention that the idea came from Joe Owades, who had worked as a consultant with the Boston Beer Co. since the very beginning, and off and on thereafter. But I don’t think I’d realized before now that Joe had actually patented the idea.

The claim in the patent application describes it in a nutshell. “A method of mediating the effect of alcohol consumption by a person which comprises orally administering active dry yeast containing alcohol dehydrogenase to said person prior to or simultaneously with consumption of an alcohol-containing beverage, whereby to oxidize a portion of the alcohol while still in the stomach of said person.” His own testing of the method, shown in the figures below, found that “blood alcohol level-min. was reduced by 38% by the yeast.”