Today in 1963, US Patent 3078166 A was issued, an invention of James Shanks Hough and Robert William Ricketts, for their “Continuous Brewing.” There’s no Abstract, but the description states it’s for a “fermentation process in which means are secured for controlling the quantity of yeast present in the fermenting liquid and hence the rate of fermentation.” They continue in the application:

Still another object of the present invention is to provide a process whereby wort can be fermented with production of substantially smaller quantities of yeast than is possible in known processes. 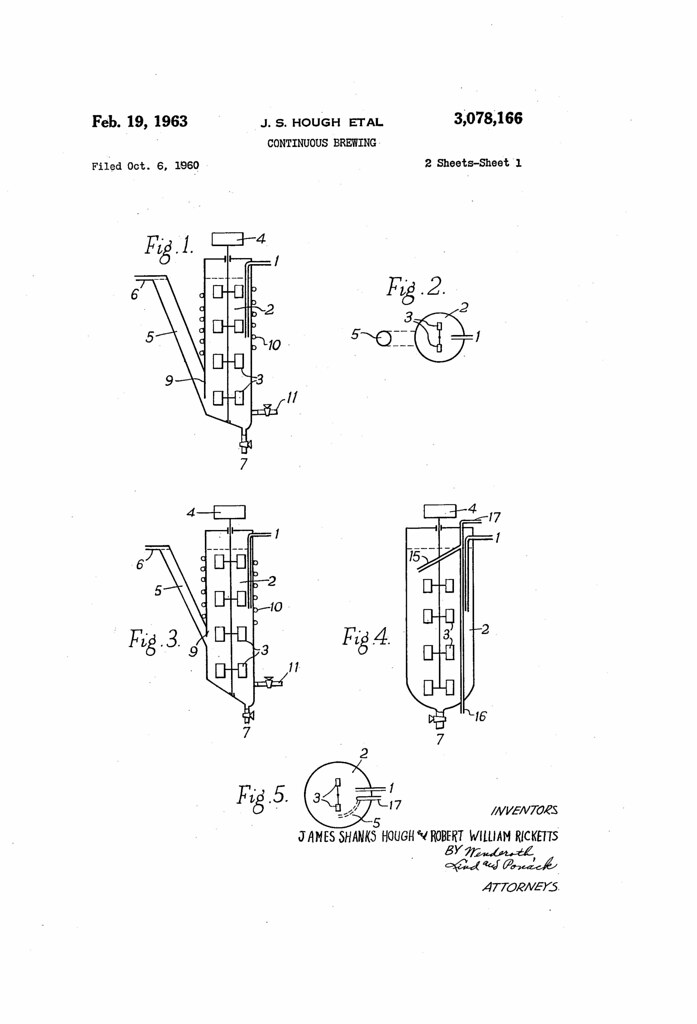 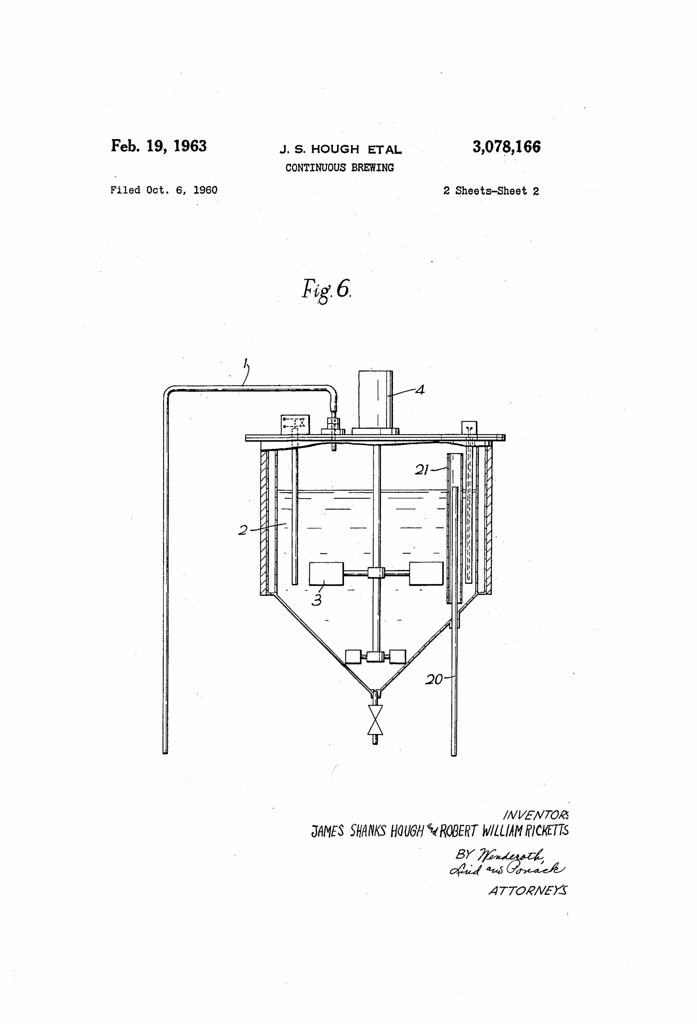