Today in 1917, US Patent 1228917 A was issued, an invention of Herman Heuser, for his “Manufacture of Dry Extracts Of Beer, Etc.” There’s no Abstract, though in an old book of Chemical Abstracts, also from 1917, is summarizes it as “A preparation for the formation of alcohol-reduced beer by the addition of H20 is formed of dry extract, [along with] dry, live yeast and fermentable carbohydrates.” The descriptions also picks up mid-sentence (because I suspect there’s part of the application that’s gone missing or the OCR didn’t pick up):

substances to produce in the beverage made by properly water-diluting such compound the desired reduced amount of alcohol by yeast-fermentation; Thus, when such extracts are intended for conversion into beverages of low-alcoholic strength, the amount of added fermentable substances ‘is small, and vice versa it is larger for the manufacture of beverages having higher alcoholic content, but in each case the compound contains yeast in live condition to create fermentation in the dilute beverage to produce the desired reduced amount of alcohol. 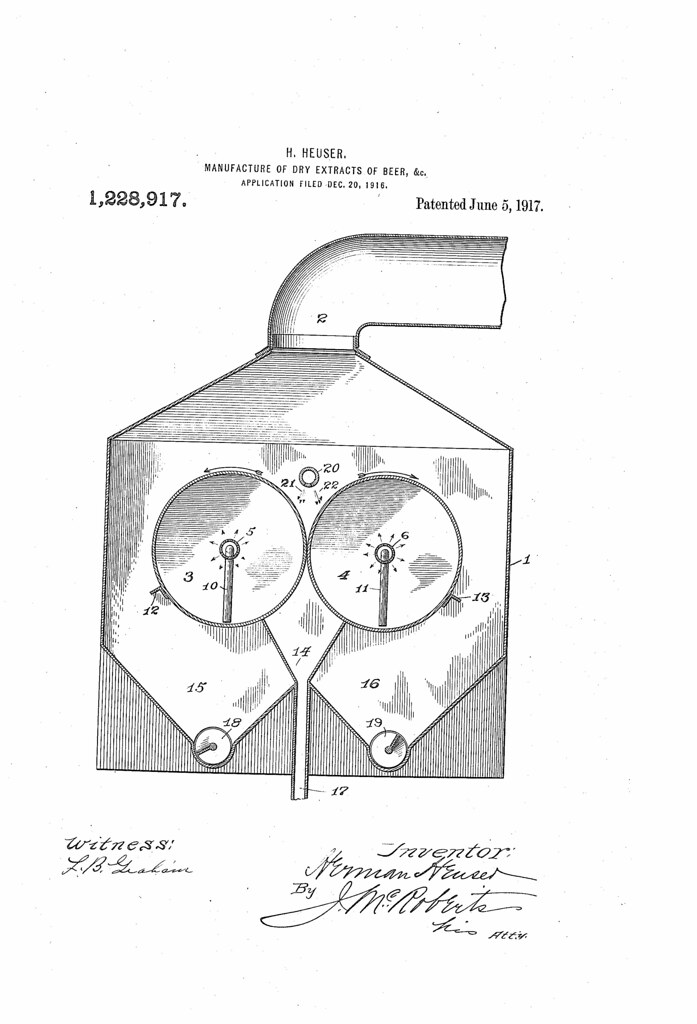