You are here: Home / Beers / Patent No. 2121458A: Apparatus And Process For Aerating Wort In Yeast Production

Today in 1933, US Patent 2121458 A was issued, an invention of Wilhelm Vogelbuseh, for his “Apparatus And Process for Aerating Wort in Yeast Production.” There’s no Abstract, although in the description it includes this summary:

In the production of yeast, air is supplied to the wort during the fermentation in order to meet the oxygen requirements of the multiplying cells and also to render harmless the interchange products which are produced. Hitherto, compressed air from an air pump has usually been introduced into the wort through a rigidly mounted tube system which is placed horizontally at the bottom of the fermenting vat and the separate tubes of which are provided with holes. The attempts in recent years to reduce the size of the air bubbles have led to the diameter of the air outlet holes being reduced down to 0.3 mm. On account of the danger of stoppage and the difficulty of keep through such holes. Distributing devices provided with tubes or boxes of burnt clay, stoneware, sintered glass, etc. to act as air outlet surfaces have been used. The saving in power, however, does not correspond to the reduction of the amount of air as these materials, on account of their smaller permeability, require a higher operating pressure. keep such a body perfectly clean as is required for avoiding contamination.

The object of the invention is to avoid these disadvantages, and the invention consists in that a hollow body of suitable shape serving for delivery large openings and which, in the direction of movement, offers as little resistance as possible and allows the air to escape preferably in a direction different from the direction of movement and preferably at right angles or approximately at right angles thereto is moved through could hitherto only be obtained in the yeast industry by using the above-mentioned ceramic materials for the air supply member. In addition, it is difficult to ring the air into the liquid through comparative count of the above-mentioned disadvantages, have not become widely used. 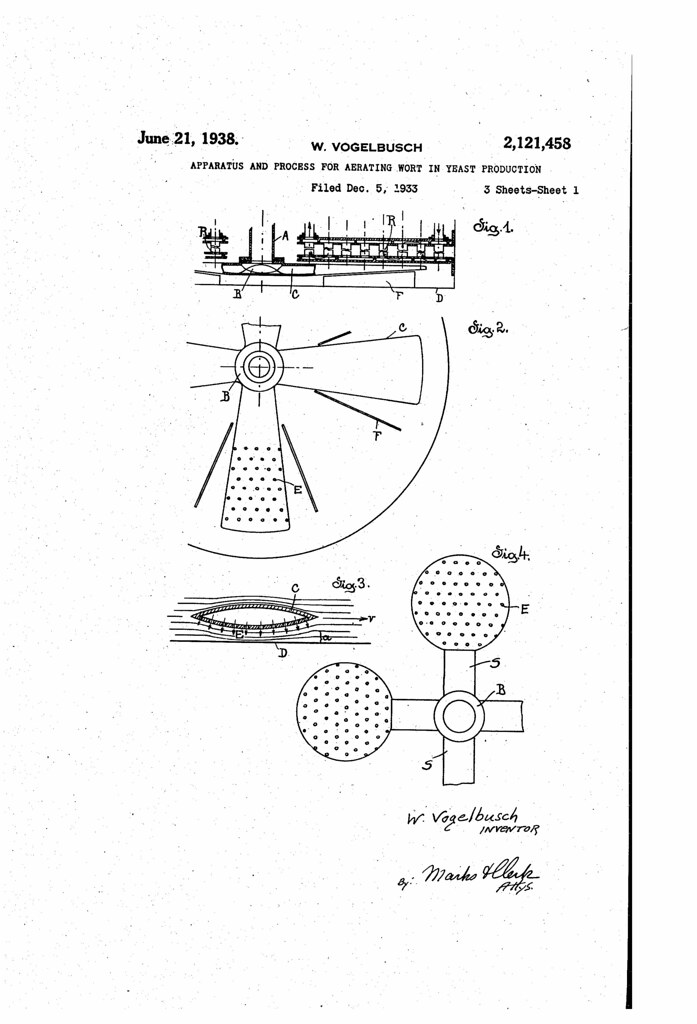 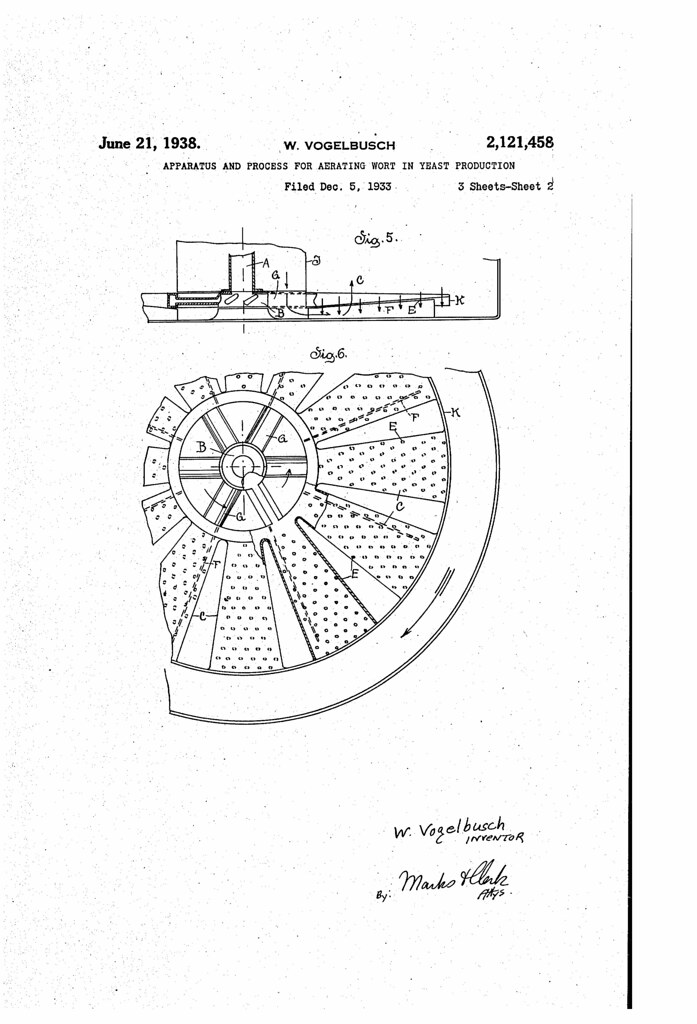 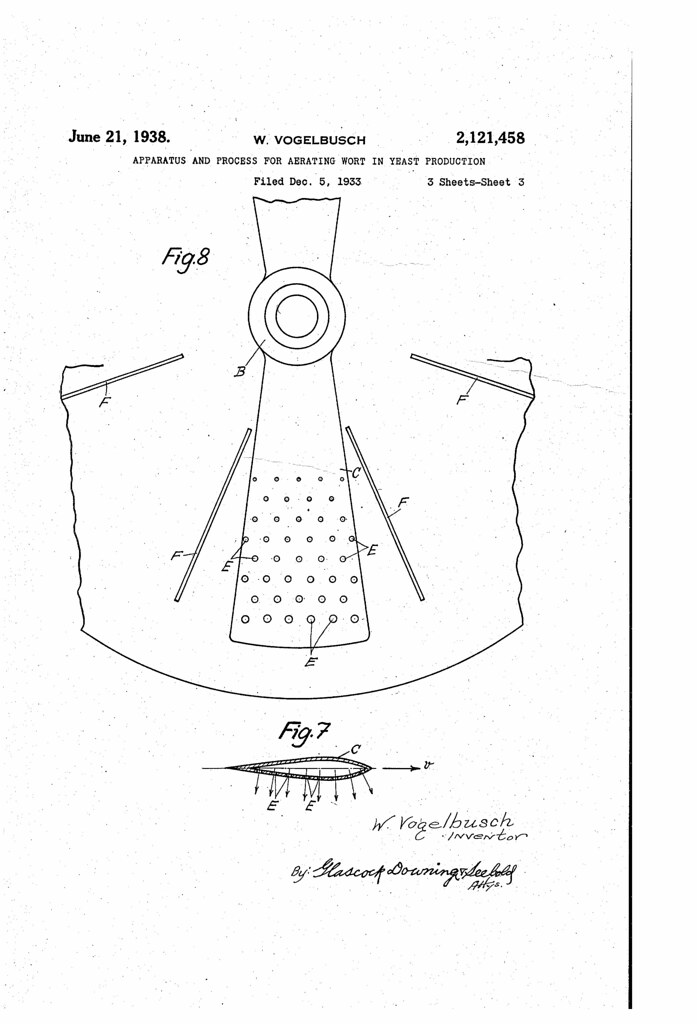