Today in 1941, US Patent 2245650 A was issued, an invention of Ovie N. Christopherson, for his “Grain Separating Machine.” There’s no Abstract, but it’s described generally as and “invention provid[ing] an improved highly efficient machine for the separation of various grains or seeds according to their thickness or transverse diameter,” making two claims:

1. In a separating machine, a separating screen, means for simultaneously imparting to said screen endwise reciprocating and transverse movements, said screen having elongated slots extended in the direction of its longitudinal reciprocating movement, the transverse movement thereof :being crosswise of the direction of said slots.

2. The structure defined in claim 1 in which said screen is in the form of a rotary drum and the transverse movement thereof being in a constant direction. 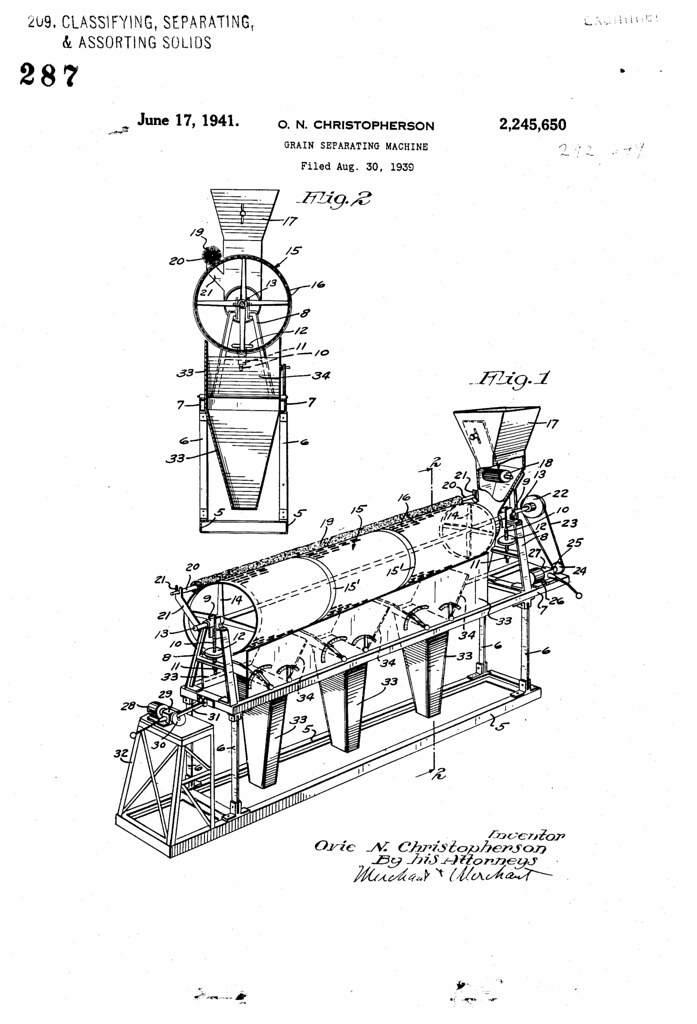