You are here: Home / Beers / Patent No. 2287500A: Sanitary Beer Comb And Cocktail Mixer Receptacle

Today in 1942, US Patent 2287500 A was issued, an invention of Peter Solinas, for his “Sanitary Beer Comb And Cocktail Mixer Receptacle.” There’s no Abstract, although in the description it includes this summary:

My invention relates to receptacles for cleansing beer combs and cocktail mixers.

Heretofore in the art where beer has been served over a bar it has been customary for the bartender to use a. beer comb to scoop off the excess top foam of a glass or stein of beer. The bartender by custom then places the beer comb in a glass of stationary water until he needs to use the beer comb again for another service. It is apparent that where a glass is used that the water is stationary and in a comparatively short time becomes stale and mixed with some of the beer leavings which have been introduced into the glass from time to time. It is obvious that very soon after the glass has first been used that the water will be so sour and distasteful that it will not properly clean the beer comb but will on the other hand leave the beer comb in such a condition that when the comb is next used to scoop out the top of a beer glass that the comb will leave stale drippings on top of the latest glass of beer to the distaste of a patron.

It is an object of my invention to provide a device whereby the beer comb may be conveniently held and entirely cleansed before each serving of a glass or stein of beer.

It is a further object of the invention to provide such a device in an accessible position and in which the beer combs may be easily placed. 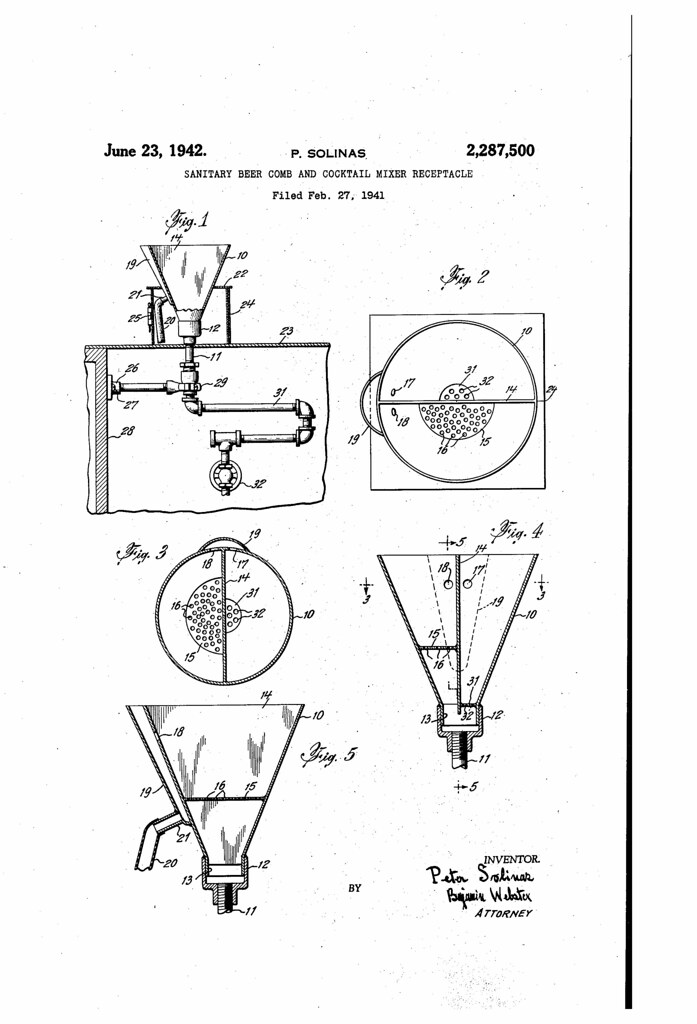