Today in 1952, US Patent 2623672 A was issued, an invention of James H O’Neil, assigned to the Continental Can Co., for his “Beer Jetter.” There’s no Abstract, although in the description it includes this summary:

The invention relates to new and useful improvements in a method of packaging beer in containers and more particularly in open top cans. The elimination of air from the head space of the container before sealing is recognized as desirable. Many expedients have been proposed and utilized for this purpose, including the directing of a jet of inert gas into the beer beneath the surface thereof through a nozzle submerged in the beer in an open top can for causing foam to ll the head space and force the air therefrom. The wide open mouth of the open top can presents difficulties when attempts are made to direct a jet of inert gas into the beer from a point above the surface of the beer, because the jetted stream entrains surrounding air which is driven into the beer along with the inert gas causing an excessive amount of air to be entrapped in the beer and foam. Also, the velocity of the jet must be controlled to avoid blowing the foam from the surface of the beer thereby causing excessive foaming and Waste of beer.

An object of the invention is to provide a method of directing inert gas into an open top can partially filled with a gas containing beverage which includes the step of first covering the mouth of the can so as to provide a closed head space with a vent opening leading to the atmosphere and then directing a jet of inert gas through the closed head space at a point above the surface of the beer at a velocity sufficient to cause the gas to penetrate the surface of the beer for causing the beer to foam and iill the head space with foam. 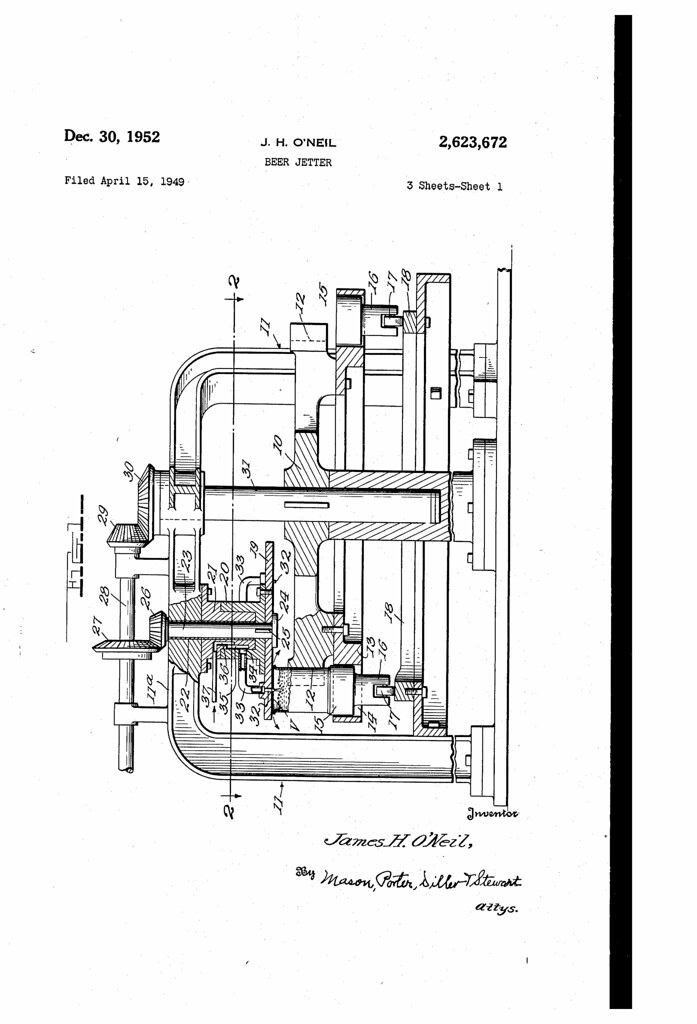 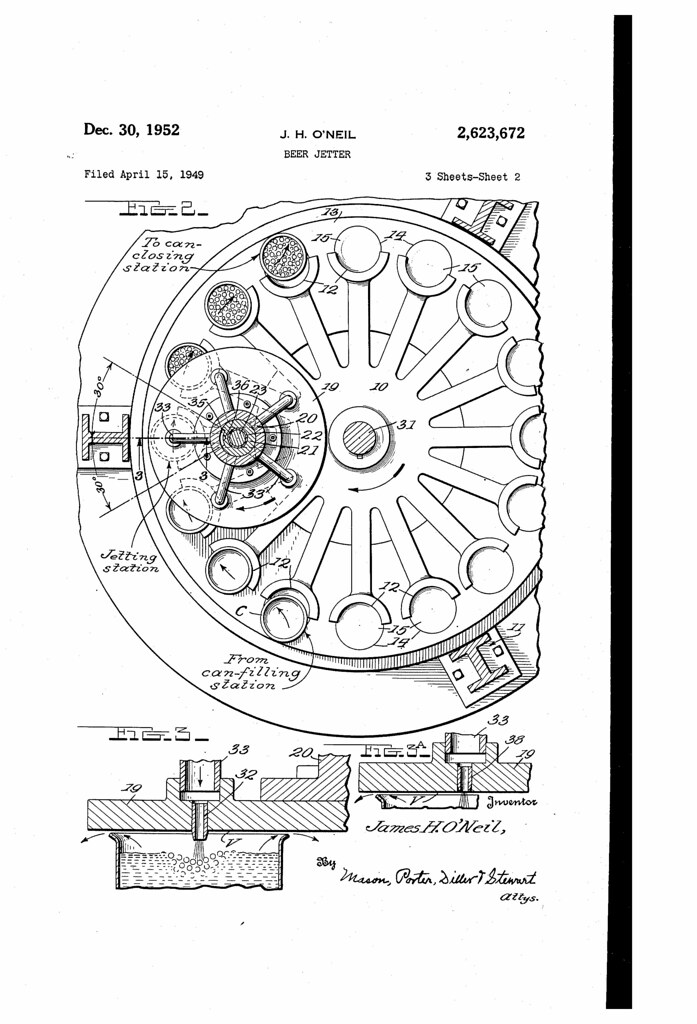 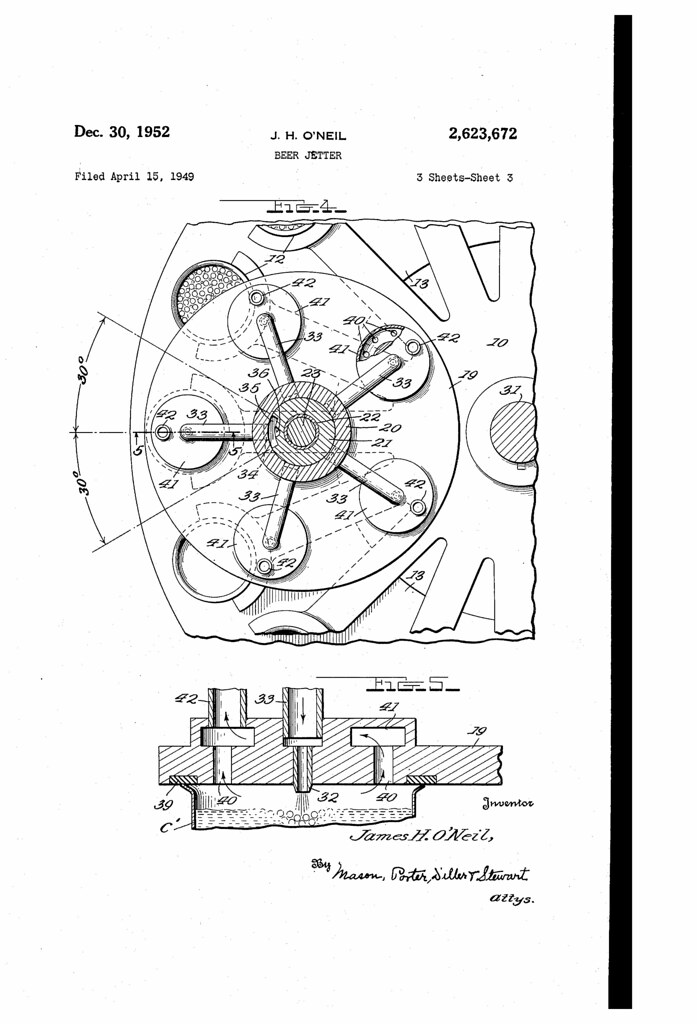