Today in 1955, US Patent 2728344 A was issued, an invention of Florian F. Dauenhauer, for his “Hop Vine Cutter and Picker.” There’s no Abstract, although in the description it includes this summary:

An object of my invention is to provide a hop picking machine which differs from the invention shown in my co-pending application on an apparatus for picking hops from hop branches and clusters and for separating leaves and stems therefrom, filed August 16, 1950, Ser. No. 179,724 (now Patent No. 2,681,066, dated June 15, 1954). In the co–pending case I disclose a branch picker for removing hops from hop branches and hop clusters. The hop branch picker severs the hops from any vine portion or hop clusters. A liXed breaker fork cooperating with a rotary feeder fork acts on the vines to spread them over the combined picker and endless conveyor. A branch or arm picker then acts upon the vines and intermittently stops or retards the movement of the vines along the conveyor. During the temporary holding of the vines, the picking fingers on the conveyor, act to strip the hops from the vines and from the hop clusters.

In the present invention a vine cutter takes the place of the liXed breaker fork and rotary feeder fork shown in the co-pending case and the cutter tends to spread the hop vines more uniformly over a combined conveyor and hop picker as well as reduce the lengths of the vines by cutting them and thus permit the more ready handling of them during the removal of hops therefrom. The branch or arm picker disclosed in the co-pending case is also altered in its structure and operation so that the combined endless conveyor and hop picker can have its upper reach movable in a flat plane through this portion of the machine rather than be caused to move at right angles to the plane at a plurality of spaced points, these points being arranged at a like number of stations where the hop vines are temporarily arrested in their movement through the machine.

The present invention makes use of a plurality of vine holding combs and these are positioned above a portion of the upper reach of the endless conveyor and are arranged in two groups. Every other comb is connected to a common comb swinging means and constitutes one group while the remaining alternate combs are connected to a second common comb swinging means and constitute the other group. The combs when in normal position, extend at right angles to the plane of the conveyor portion over which they are positioned and the tines of the combs will hold the vines from movement and permit the hop picking fingers on the conveyor to remove hops from the vines during this holding period. 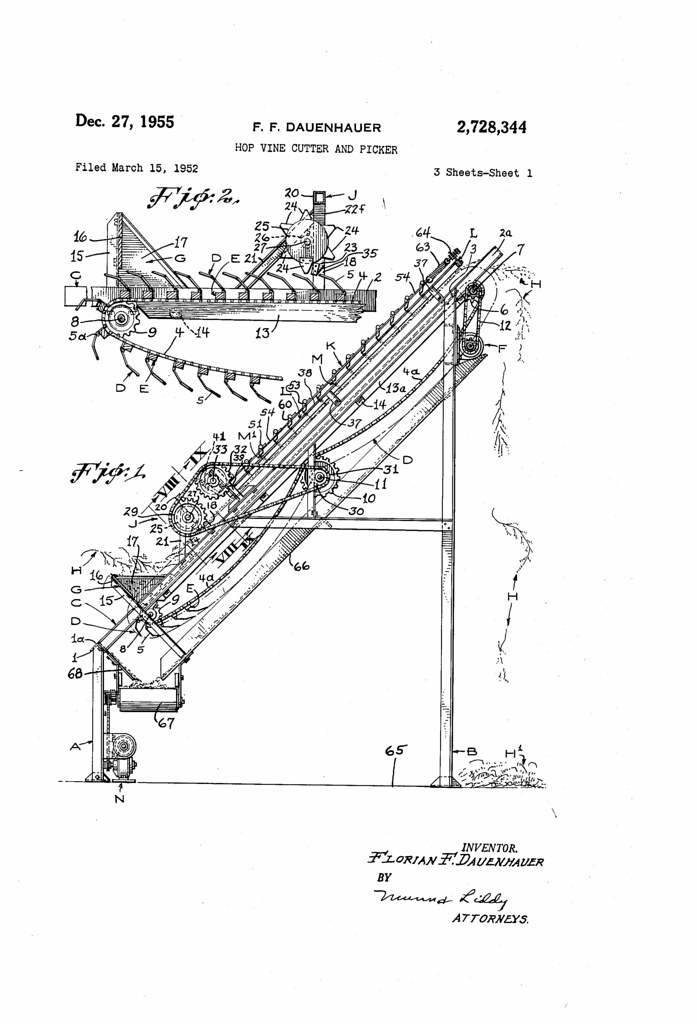 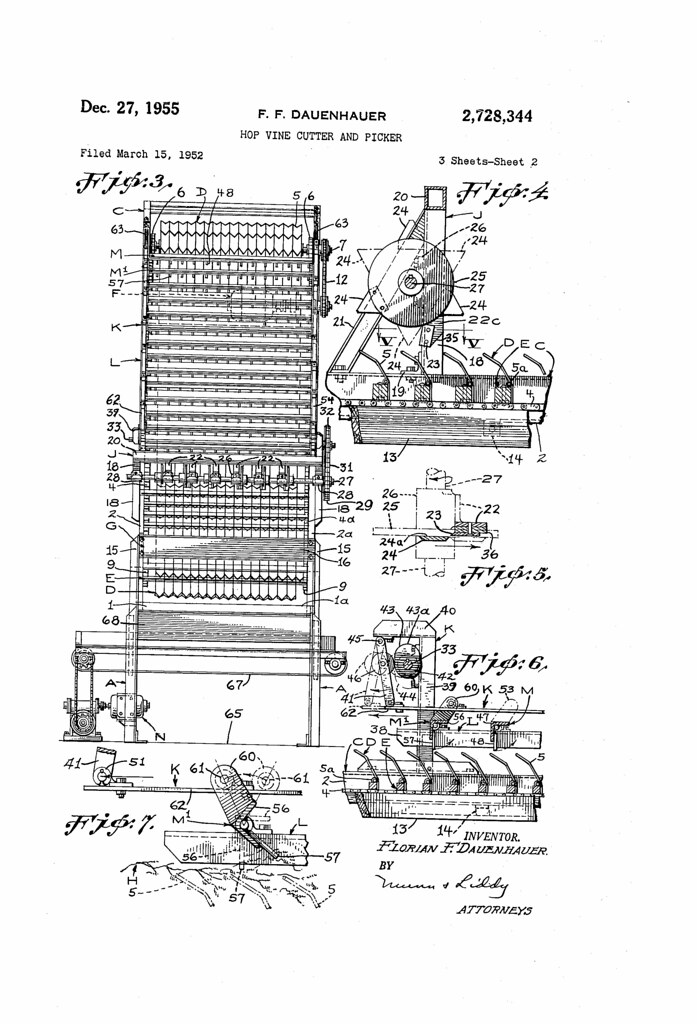 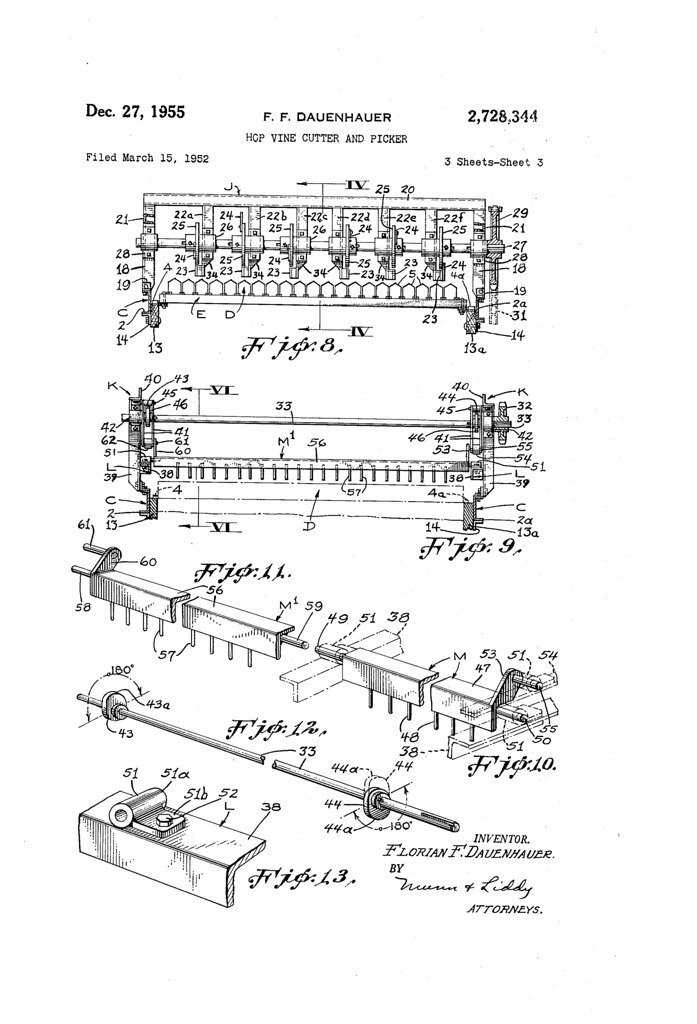