You are here: Home / Beers / Patent No. 2861603A: Coin Operated Beer Dispensing Machine

Today in 1958, US Patent 2861603 A was issued, an invention of Harry R. Terlecki, for his “Coin Operated Beer Dispensing Machine.” There’s no Abstract, although in the description it includes this summary:

My invention relates to a coin operated multi-barrel beer dispensing machine which delivers cold palatable beer in individual cups to the purchaser without an undesirable amount of foam, which indicates exhaustion of the cups and beverage without the need of a liquid indicator device for the beverage, and which draws the beer equally from a plurality of barrels.

In the present invention a machine is provided which will dispense cold beer without an undue amount of foam. The machine will dispense beer from a plurality of barrels received in the refrigerated base portion of the machine. The quantity of beer remaining in the barrels is accurately measured by the cup counting device itself. In brief, a cabinet, having an insulated refrigerated space, is provided to hold the beer dispensing mechanism. The refrigerated space of the cabinet contairis a plurality of beer barrels and the cooling coils of a refrigerating unit. An insulated jacket extends upward from the refrigerated space into the uncooled upper portion of the cabinet to the beer dispensing device. This jacket,-which opens into the refrigerated portion immediately in front of the cooling coils, houses the conduit leading from the barrels to the beer dispensing device. A motor driven fan mounted behind the cooling coils assures the circulation of a steady stream of cold air in this jacket. Thus the beer is kept cold until dispensed. With the use of a cup chute designed to deposit the cup at a minimum distance from the beer dispensing device, the formation of an undesirable amount of foam is prevented when the beer is dispensed in the cup. The beer in all barrels is kept under constant equal pressures. This is achieved by means of an air pump and a pressure regulator valve. These are connected to the barrels and provide an equal and constant pressure inside the barrels. Consequently, when the faucet is opened beer is drawn equally from all the barrels. Thus, since all barrels initially contain equal quantities of beer they become empty simultaneously. There is no need to provide a complex automatic switching mechanism which would be required if the barrels emptied consecutively. The cup dispenser is initially filled with a number of cups to correspond with the initial quantity of beer contained in the barrels. Therefore the barrels and the cup dispenser become exhausted at the same time. Therefore, at any time the quantity of beer remaining in the barrels is quickly determined by the number of cups remaining in the cup dispenser The empty signal light is controlled by the cup dispenser and there is no need for a fluid indicator device operated by the fluid in the barrels. 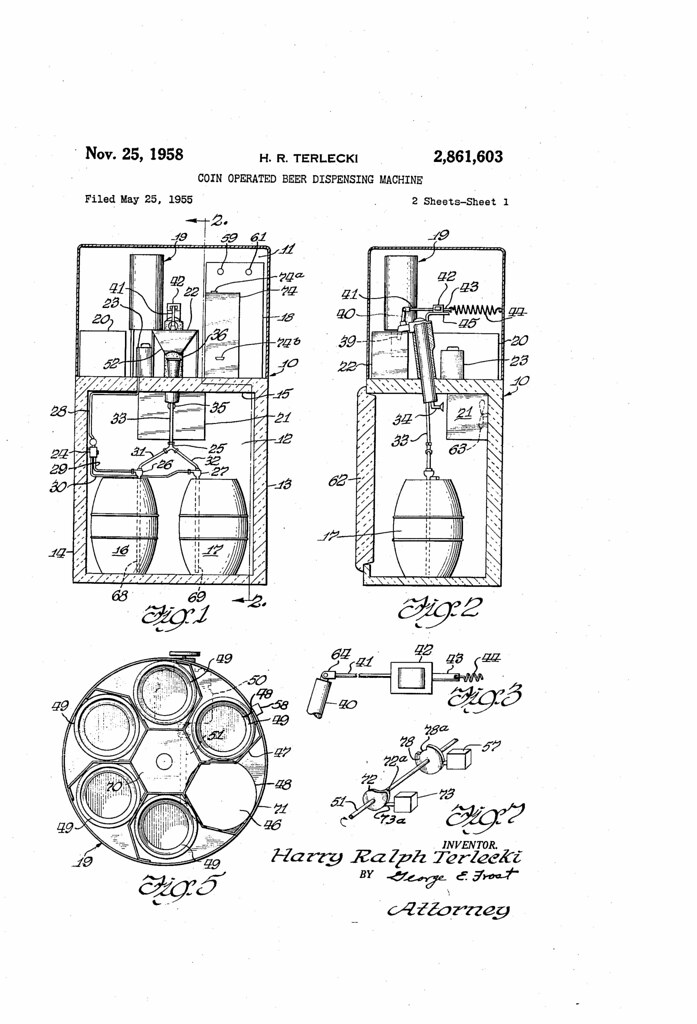 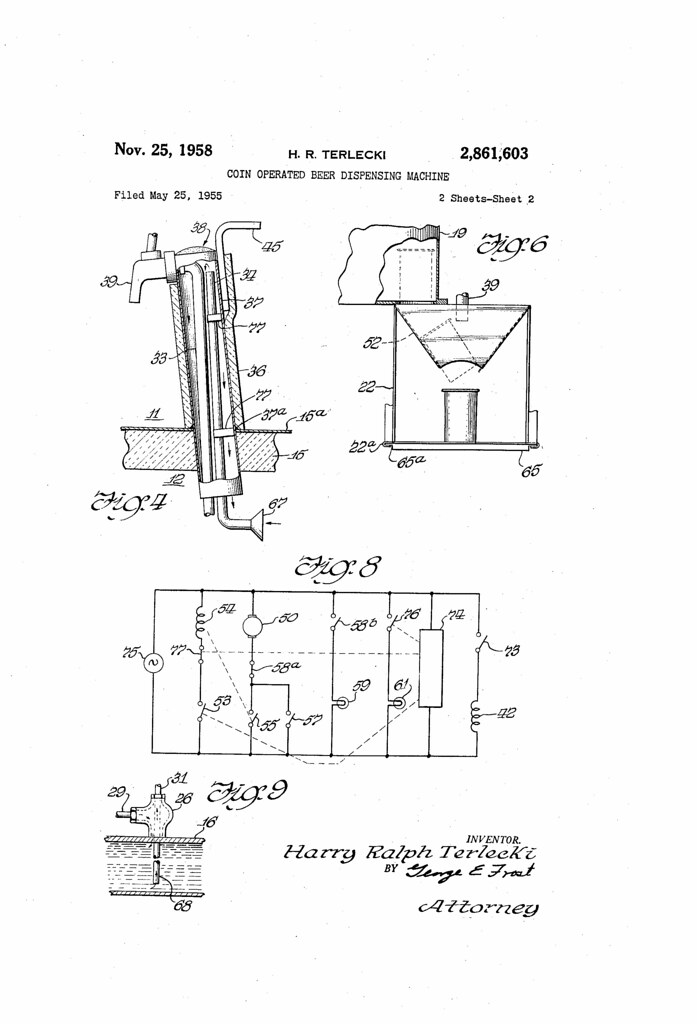 We actually had a beer dispenser in the day room of our barracks when I was in the Army, but it was more like a soda vending machine, and just dispensed cans of beer. But the beer vending machine below, for Wilsons Draught Bitter, looks closer to the one patented, and the photo’s from around 1960, so the timing works. It would be great if you could just walk up to a machine, plunk in a few coins — and voila — you’d have a glass of beer. 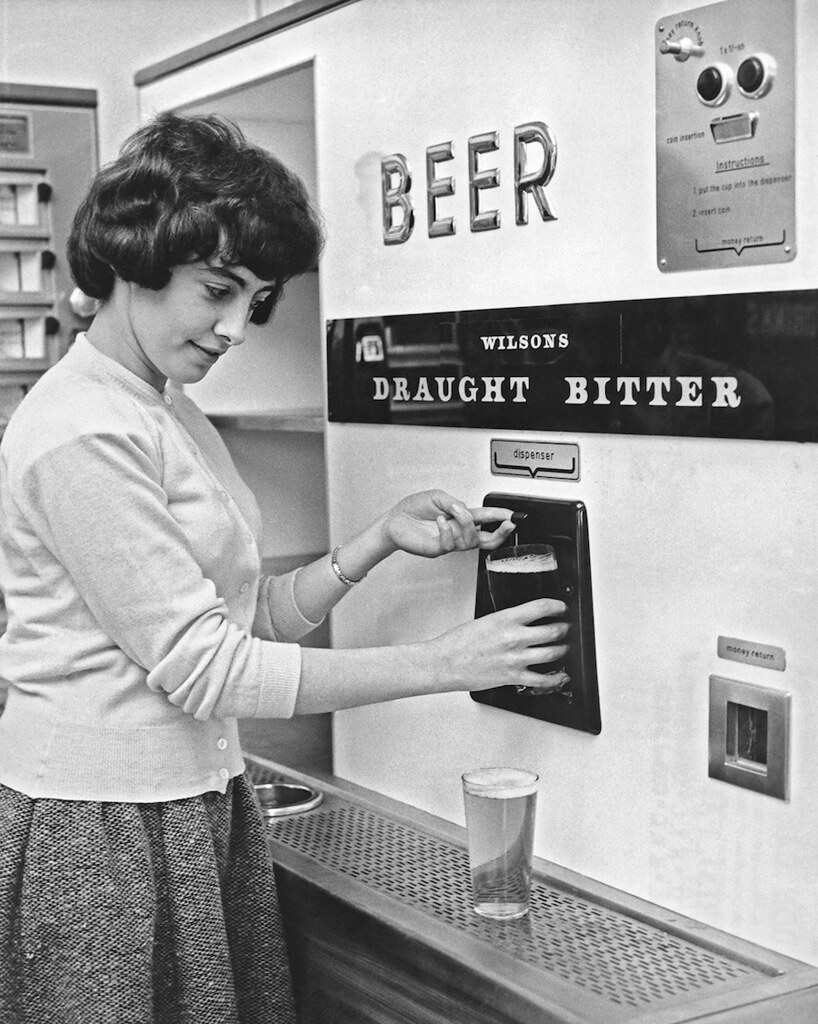