Today in 1860, US Patent 28771 A was issued, an invention of Oliver Z. Pelton, for his “Beer-Pitcher.” There’s no Abstract, although in the description it states that Pelton has “invented a new and Improved Beer-Pitcher,” with additional information:

A represents a beer pitcher or can constructed of tin, britannia or any other suitable material, and of any desirable size. cover B, is attached to the body of the same by means of a hinge a., and a knob b, serves to open and close said cover.

The cover shuts down into a rim c, on the top edge of the pitcher, and in order to make it close tight, it is provided with a groove (Z, near to its edge to receive a ring e, of india rubber or any other suitable material. This ring projects slightly beyond the surface of the cover, and if the cover is closed, it shuts down perfectly tight, so that no part of the contents of the pitcher can escape.

The contents of the pitcher are poured out through the spout C, which is furnished with a strainer f in the usual manner. Behind the spout is the movable partition D, which tits into grooves or gnides g, so that it can be drawn out and put in at pleasure. Instead of making this partition to fit into the guides g, it might, however, be attached with a hinge or in any other convenient manner, enabling the same to be brought into such a position that it can easily be cleaned. I prefer, however, to arrange it in such a manner that it can be taken out altogether, so that the inside of the pitcher, as well as the partition itself, can be reached everywhere. 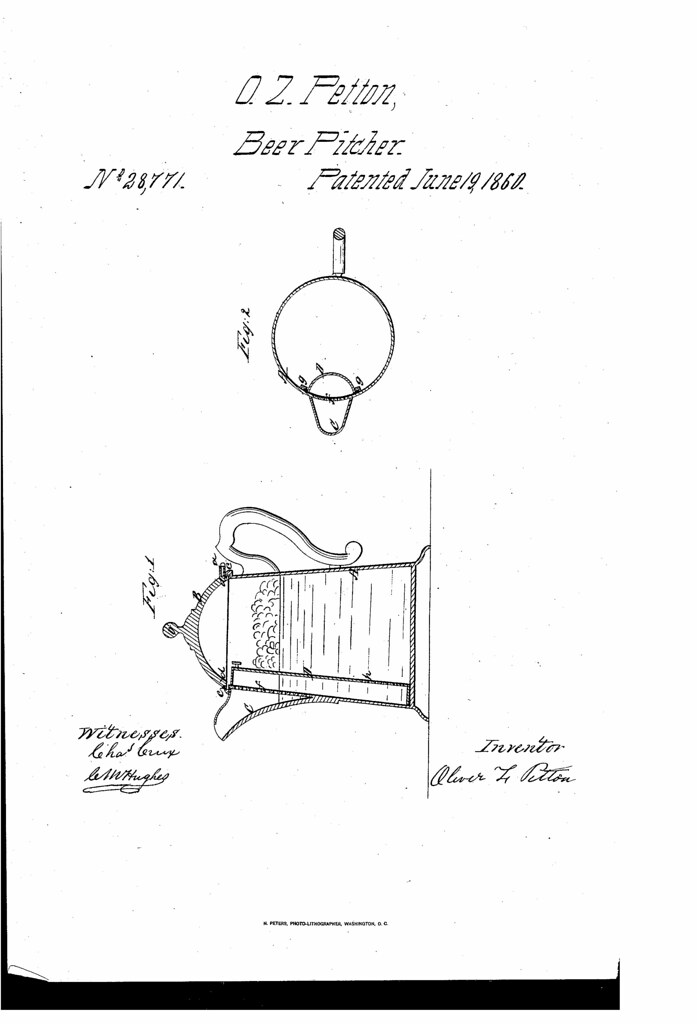