Today in 1966, US Patent 3257033 A was issued, an invention of Reginald W. Stott, for his “Beer Dispensing Apparatus.” There’s no Abstract, although in the description it includes this summary:

It is necessary, in the dispensing of effervescent or gas charged liquids such as, for example, beer, to dispense such liquid, even by relatively inexperienced help, in such a manner that uniform results are obtained. It is also necessary that such dispensing means be capable of being set quickly and easily for the drawing of varying amounts of such liquids, i.e., for the drawing of two, or more, different sizes of drafts. Furthermore, it is desirable to have means associated with such dispensing means to count the total number of each size of drafts which have been drawn.

It was proposed accomplishing these ends by the use of an auxiliary storage tank where the required amount of beer was stored prior to dispensing. This proved undesirable, since this auxiliary storage, and the means used to dispense the beer therefrom, tended to have a detrimental effect on the delicate quality of the beer.

A prime feature, therefore, of the present invention, is the provision of apparatus whereby beer and similar liquids may be dispensed by relatively inexperienced help, in such a manner that uniform results are obtained.

A still further feature of this invention is the provision of counter means for the cumulative totalling of the number of each size of drafts which have been dispensed. 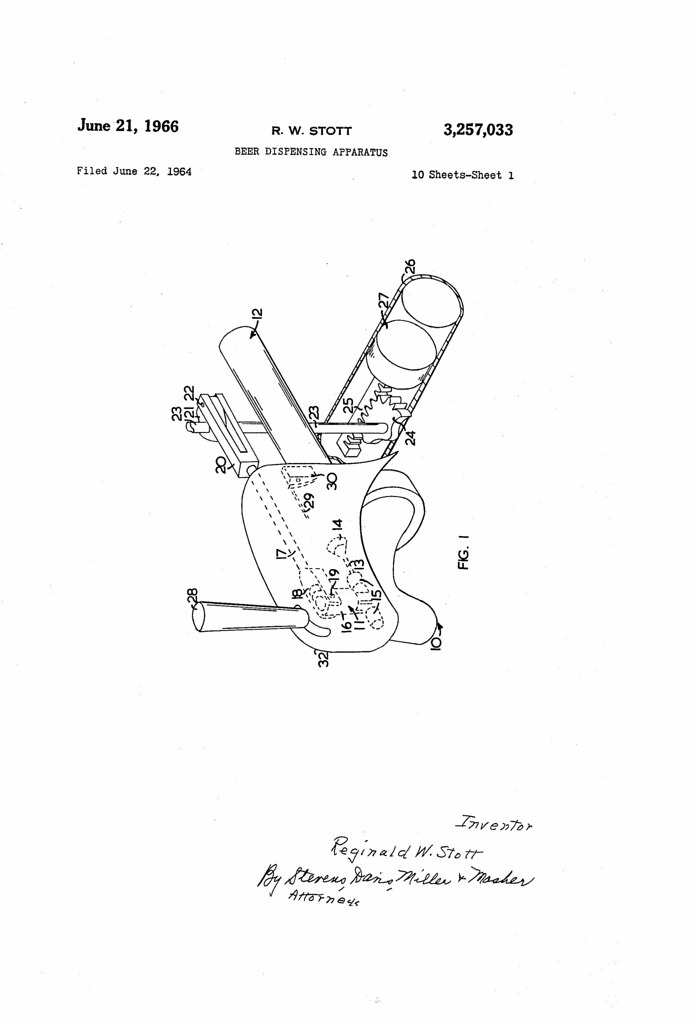 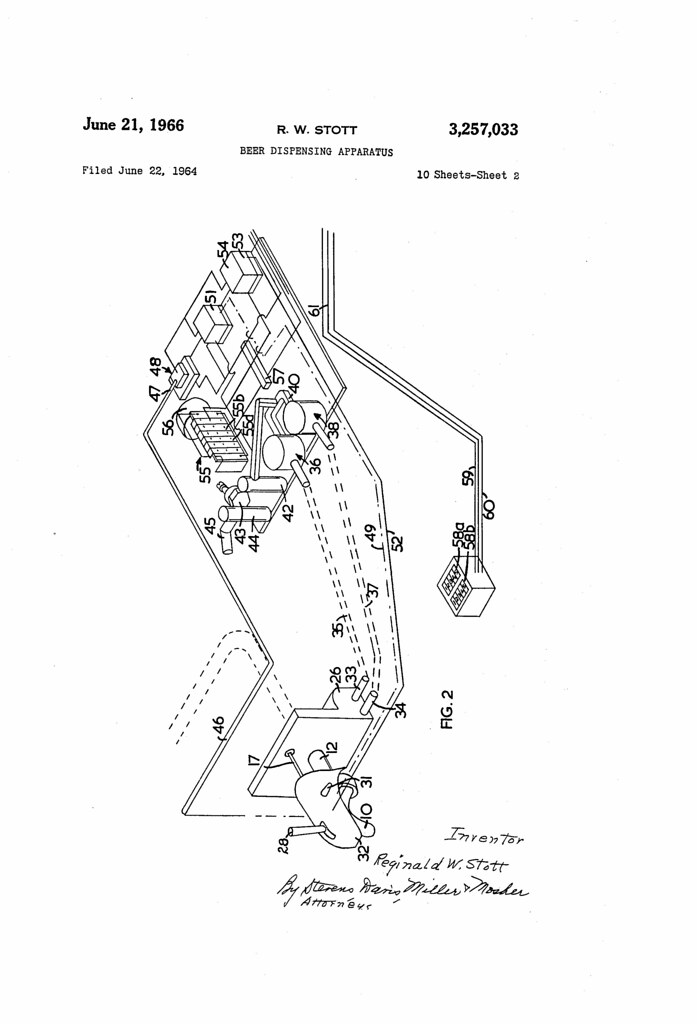 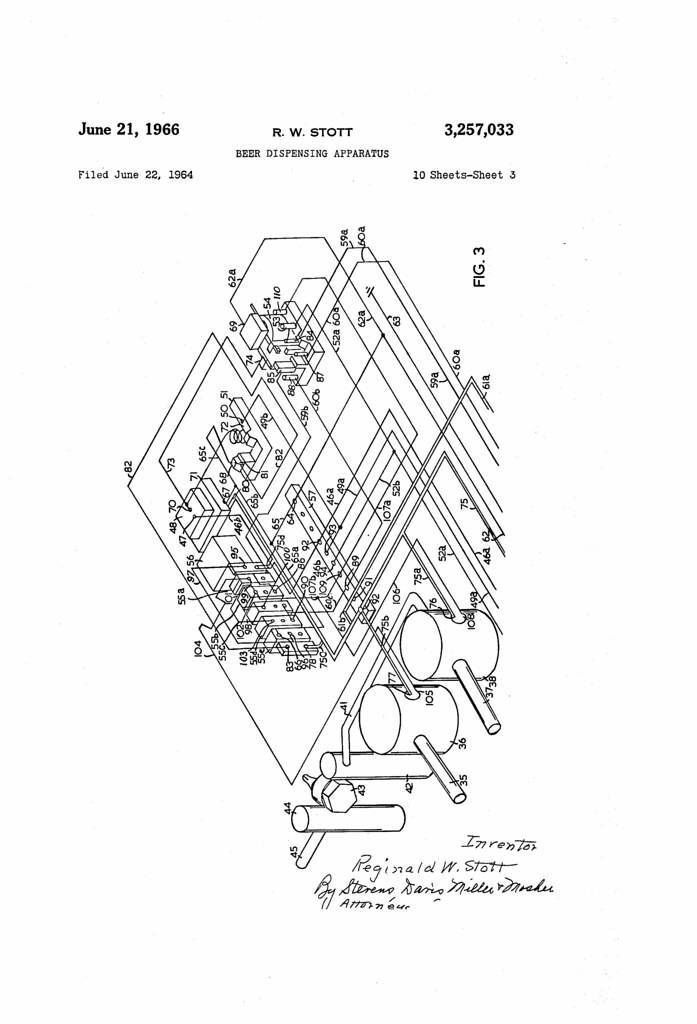