Today in 1966, US Patent 3259265 A was issued, an invention of Edward P Stuart, assigned to the Crown Cork & Seal Co., for their “Reseal for Tab Opening Cans.” There’s no Abstract, although in the description it includes this summary:

This invention relates to seals, and particularly to reseals for apertures or the like made in an end of a container such as the top of a can, and to a method of inserting such reseal.

In recent times, the tab opening type aluminum or other metal cans has become popular because of its ease of opening. As is well known, one need only pull on the tab to tear open the pre-indented area of the can top to obtain access to the contents of the can. While such cans have been employed in the beverage industry, particularly for beer, they have also been used for other commodities, which are more of the reusable type as opposed to those which are used and the containers then thrown away. As examples of the type of materials which might be only partially used initially and then used again at a later date, one may consider floor wax or flour. Limitation to such materials is not there intended, however, since any type of commodity may be used with the containers in question.

In between uses of the commodity, it is desirable to reseal the container, as by placing some sort of seal in the torn-out opening made for pouring purposes by pulling the tab off the can top. As is Well known, these pour openings are generally of keyhole shape in that they have an elongated or channel area with a larger aperture at one end near the edge of the container end. Generally, also, the opposite end of the elongated area has another aperture which is usually circular in form and slightly larger in diameter than the width of the channel which results from ripping out the rivet that held the pull tab to the can top.

It is the primary object of the present invention to provide a reseal for such a container pouring opening, along with a method of inserting that reseal. 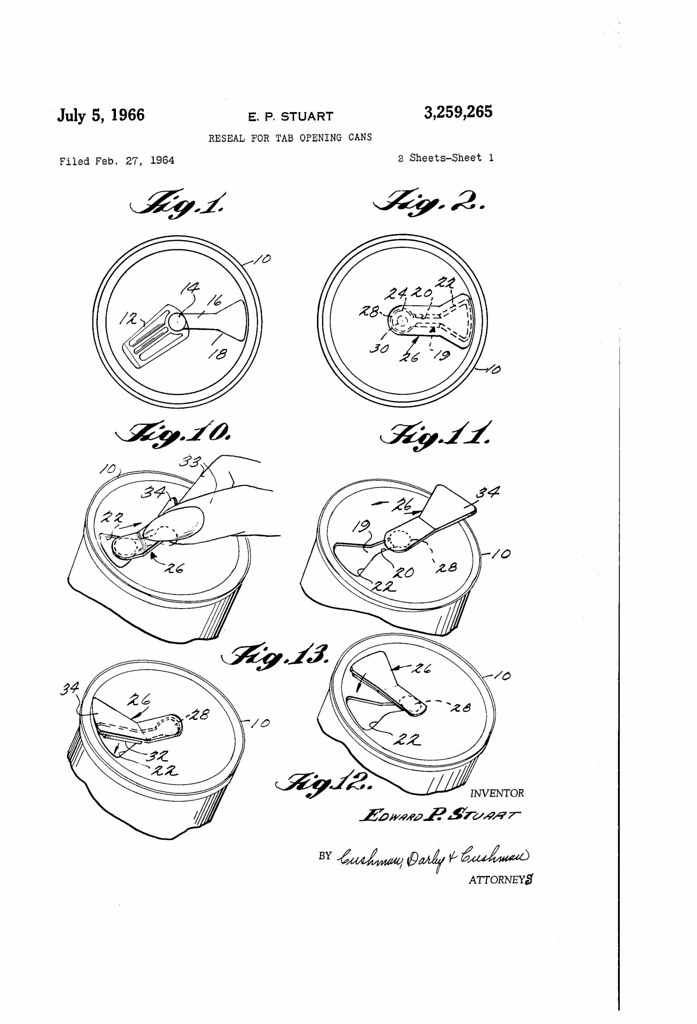 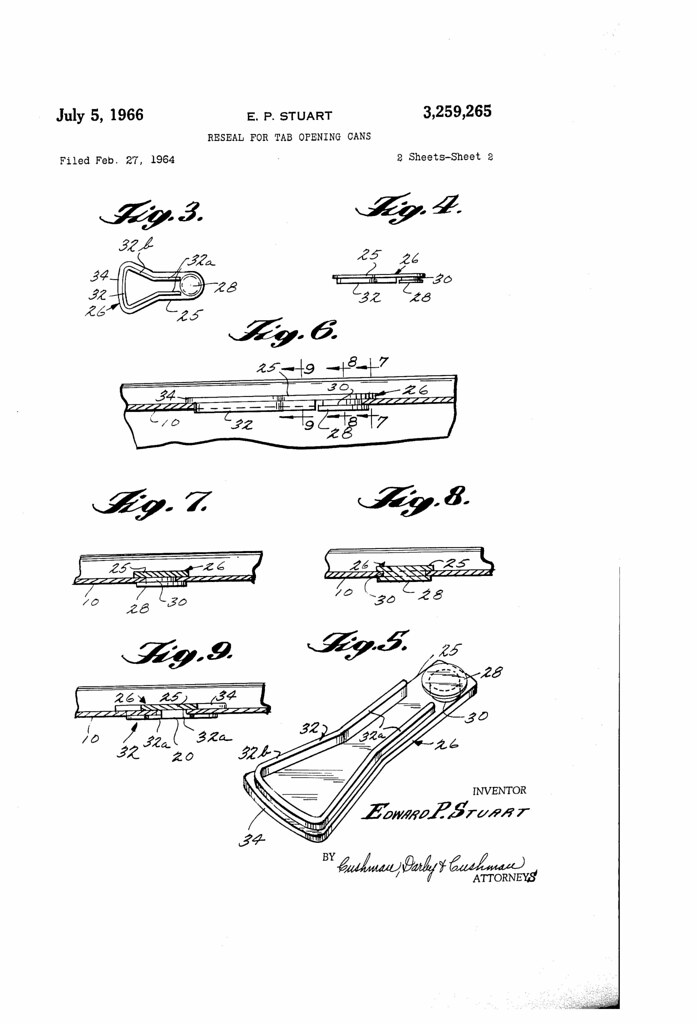