Today in 1969, US Patent 3473556 A was issued, an invention of Edward G. Akers, Keith M. Johnson, and Robert P. Marine, for their “Beer Keg Tapping Device and Seal.” There’s no Abstract, although in the description it includes this summary: 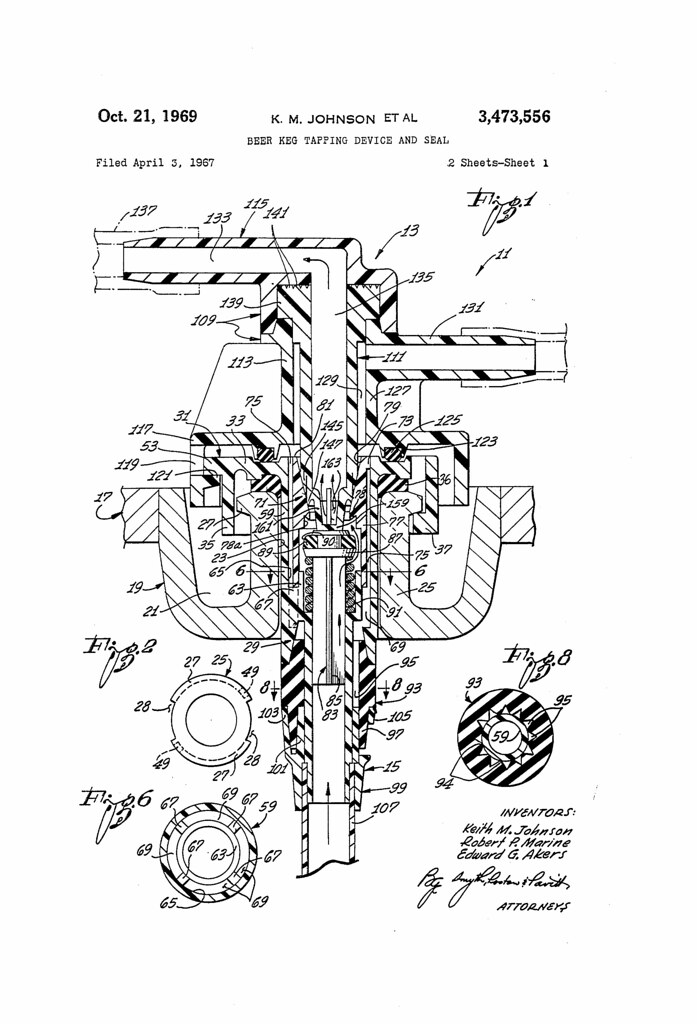 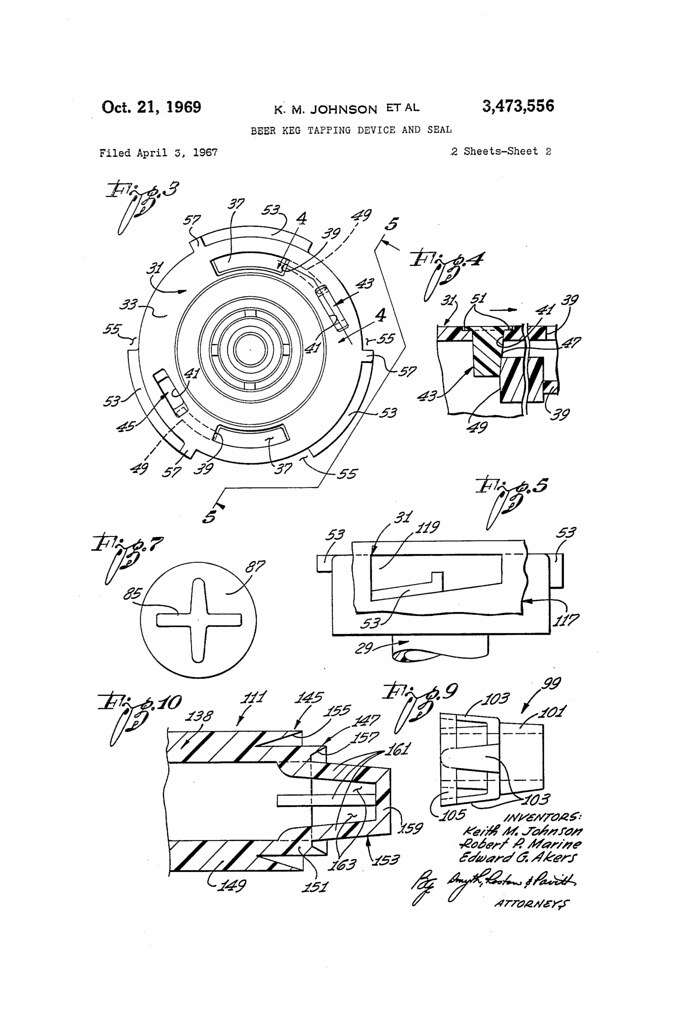