You are here: Home / Beers / Patent No. 3628468A: Plastic Pallet With Reinforcing Members

Today in 1971, US Patent 3628468 A was issued, an invention of John A. Angelbeck Jr., assigned to Pack Rite Packaging & Crating, for his “Plastic Pallet with Reinforcing Members.” Here’s the Abstract:

A pallet used for the storage and transporting of containers such as beer kegs and the like. The pallet is formed as a unitary plastic member in a rotational molding operation and includes a pair of spaced outer skins which are internally connected by a plurality of properly spaced webs for internal strength. The skins also have a plurality of strategically located apertures which extend through each of the skins and are formed by webs which extend between the skins. A pair of reinforcing members formed of wood, metal or the like extend longitudinally through the pallet and engage the interiorly presented surfaces of a portion of the skins. The pallet has a plurality of downwardly extending shoulders for engagement with containers on its underface and is also provided with supporting areas on its upwardly presented surface for removably supporting a plurality of like containers. 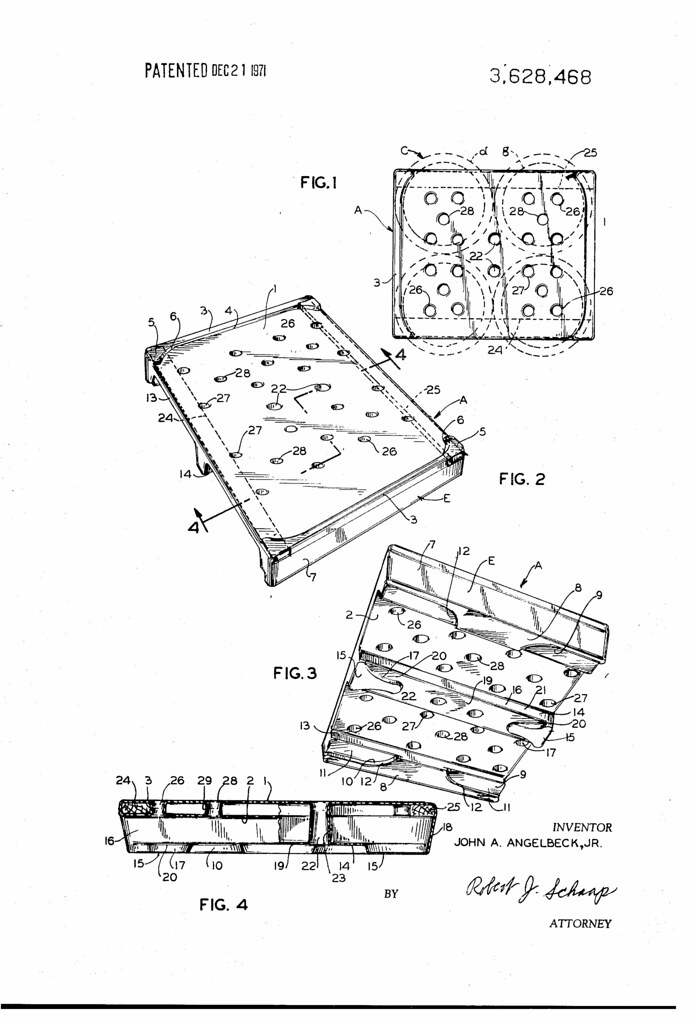