You are here: Home / Beers / Patent No. 4160787A: Process For Extracting Bitter Flavoring Principles From Hops

Today in 1979, US Patent 4160787 A was issued, an invention of Manfred Moll, Roland Flayeux, Pierre Dicesare, and Bernard Gross, for their “Process For Extracting Bitter Flavoring Principles From Hops.” Here’s the Abstract:

A process is described for converting the α- and β-acids of hops into the iso-α acids for use as a bitter flavoring principle ingredient for beers. The α-acids content of the hops is directly isomerized to the iso-α-acid, the bitter principle ingredient. The β acids in the hops extract is transformed to the α acid either after a direct separation step before the α-acid isomerization or the residual β-acids, after the isomerization, are then transformed and the resultant α-acid is isomerized. The β-acid transformation results from a radiation activation followed by an oxidation step with a per – acid.

The isomerization of the α-acid to the iso-α-acid is accomplished by reaction with an alkaline earth metal ethoxide preferably the magnesium ethoxide. 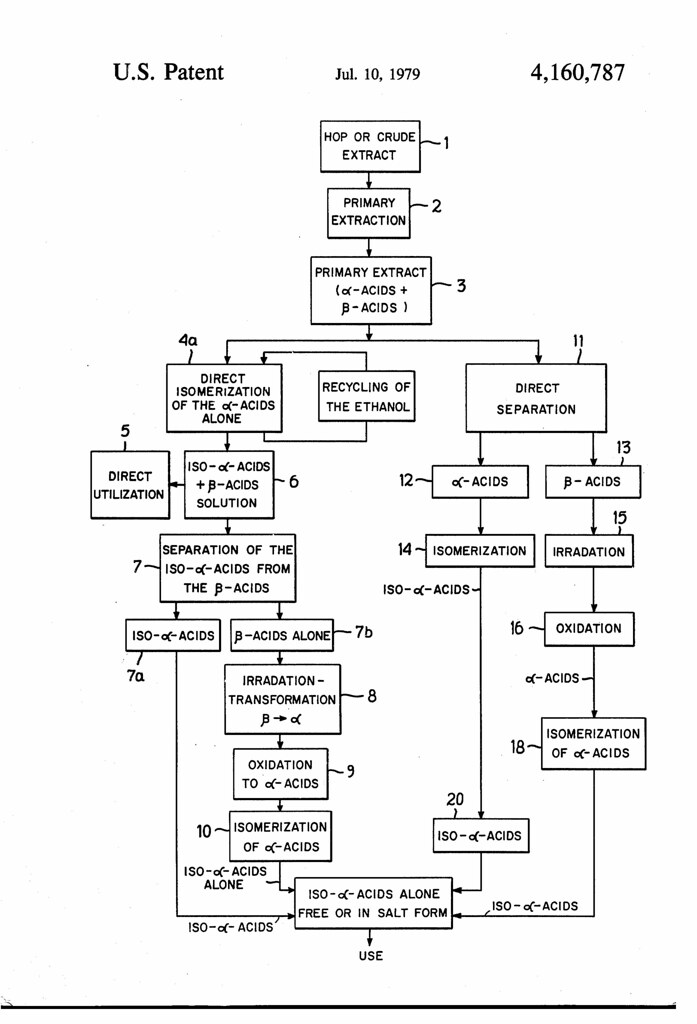