Today in 1997, US Patent 5664702 A was issued, an invention of Christopher E. Beauchamp, for his “Foot Operated Beer Keg Pressurizer.” Here’s the Abstract:

A foot-operated beer-keg pressurizer has a floor-based foot pump (1) with which air is pumped through a pressure tube (17) from a variably remote beer keg (2) to a keg faucet (9) that is attachable to conventional beer-keg connectors (6). A beer tube (8) extended from the keg faucet in the variably remote beer keg has a beer tap (7) that is preferably a squeeze or push-button type. Foot operation of the floor-based foot pump by a user or by a separate person frees both hands of a user for filling beer-drinking containers. 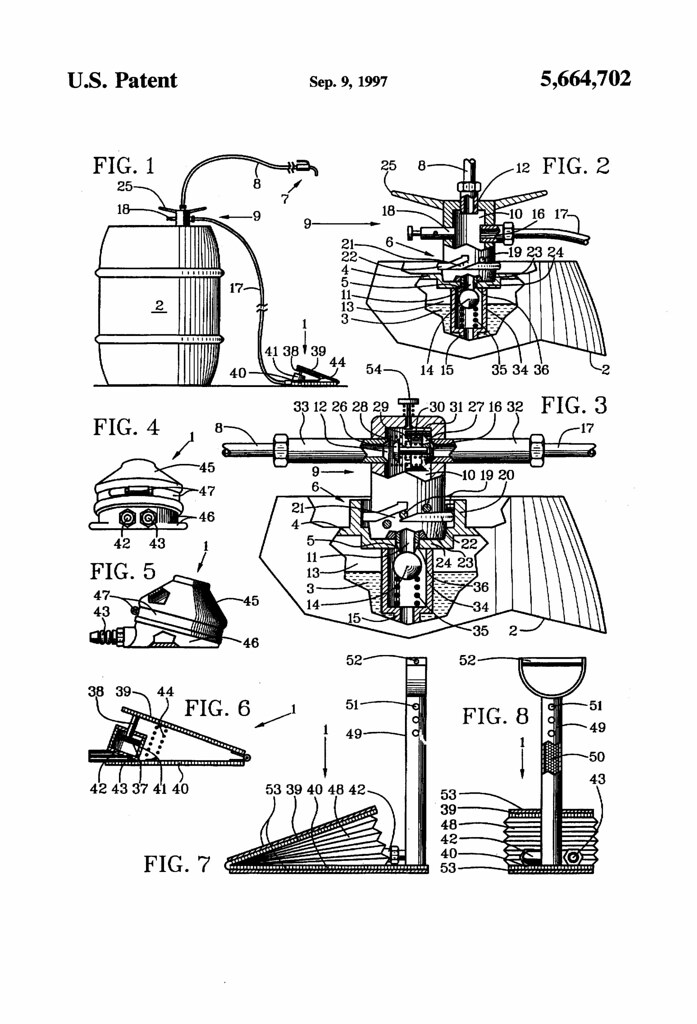