Today in 1907, US Patent 857843 A was issued, an invention of William F. Stark, for his “Beer-Service Apparatus.” There’s no Abstract, although in the description it includes this summary:

This invention relates to and has for an object to provide an improved beer service apparatus.

In the dispensing of liquids, more particularly malt beverages, the casks containing the same are usually stored in the cellar, and in the tap room, situated at some place on a higher plane than the casks, there are suitable faucets connected to the casks by a series of piping, the casks also being connected with a suitable pressure device, as for instance, a source of compressed air supply whereby the beverage is forced to the faucets and is there drawn as occasion may demand, the presence of the compressed air preventing the volatilization of the beverage and the escape of the entrained gas. During those portions of the day when the beverage is not being drawn from the faucets it will remain in the pipes between the casks and the faucets, and should the pipes have cooling coils connected with them, the beverage will become unduly chilled.

It is one of the objects of my present invention to provide means whereby the beverage may be returned from the pipes into the casks and there retained until it is again desired to force it to the faucets.

My present improvement makes use of the method of returning liquid under pressure to its receptacle by counter pressure and gravity, by employing means for connecting the draw faucet at its point of delivery to the counter pressure.

The passage of malt beverages through pipes has a tendency to gum and coat the inside of the pipes, rendering the same foul, and requiring frequent purging to keep them in a proper hygienic condition. The present improvement embodies means whereby the pipes may be filled with water for preventing them from becoming dry after the time the beverage has been returned to the cask and during the time the pipes remain idle, and also for the purpose of flushing and washing the pipes. This can be done by the employment of the present improvement without uncoupling the pipes from their connection with the casks or with the draw tubes which are ordinarily employed for establishing communication with the cask, and this while using a draw faucet of ordinary form. 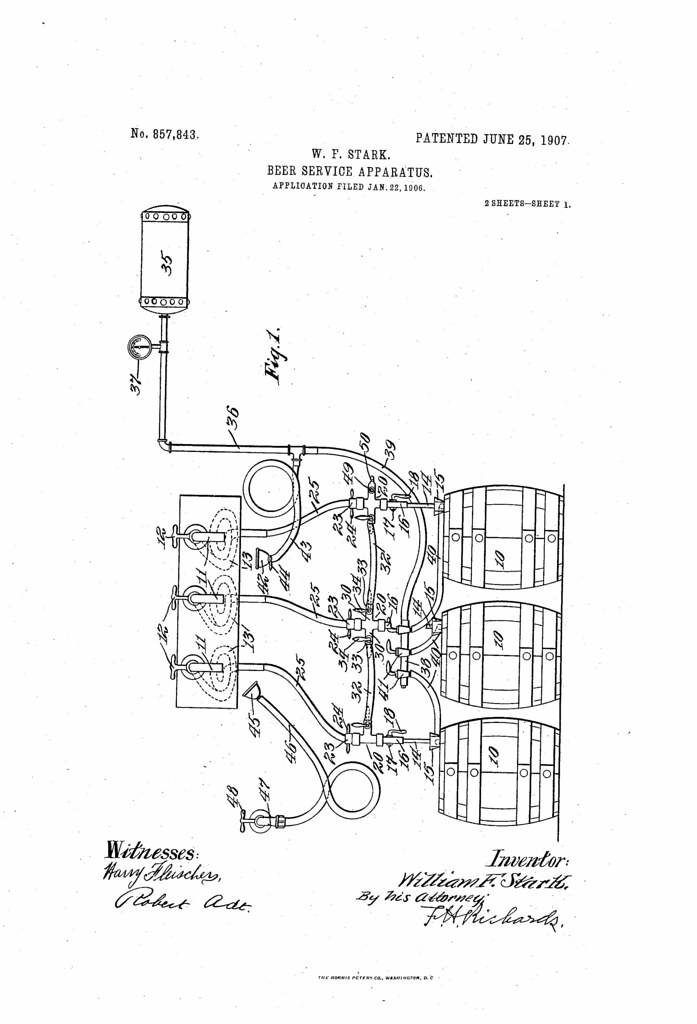 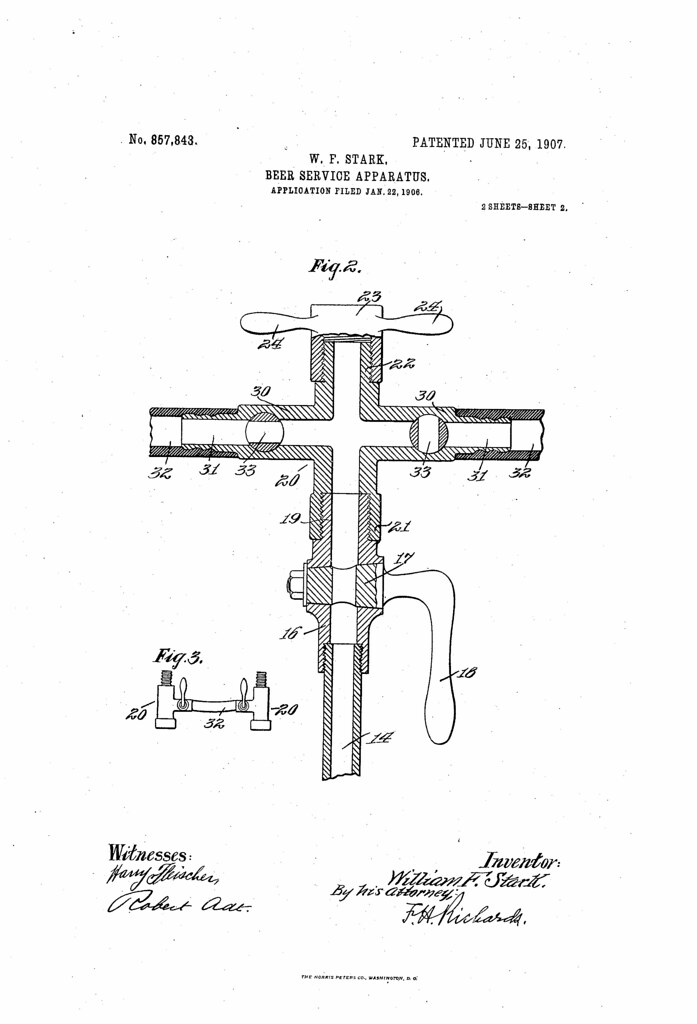