It’s not exactly a beer birthday, but today is the 53rd birthday of President Barack Obama, who’s been known for a few good beery photo ops. Recently, he even played some pool with our only gubernatorial brewery owner — and the only governor I’ve ever shared a beer with — John Hickenlooper, from Colorado. Hickenlooper, of course, co-founded Wynkoop Brewing in Denver, revitalizing the entire LoDo area of town. After two apparently successful terms as the mayor of Denver, he was elected governor of the state in 2011.

Early last month, President Obama visted Denver, and Hickenlooper, and the trip was covered by ABC News in Obama “The Bear” Lets Loose in Denver. They met at Wynkoop, where they shared a pint of Rail Yard Ale. 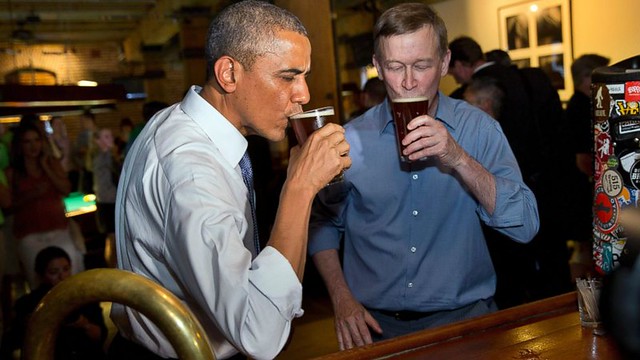 They also played a game of pool, which apparently Obama won. When this was first reported, I saw it mentioned that some people were upset that the president was photographed drinking beer, but I never saw those. Sounds ridiculous enough to be true, though. If people see the president enjoying himself with a beer, it might give others the idea that it’s okay for an adult to drink a legally permissible alcoholic beverage, and prohibitionists don’t like that one bit. 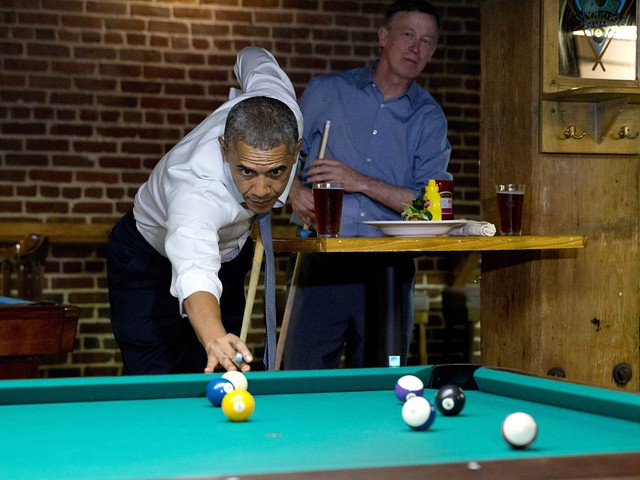