You are here: Home / Beers / Schooner’s To Open Production Brewery

Antioch’s brewpub Schooner’s Grille & Brewery is currently looking for a space to build a production brewery and begin offering their award-winning beers in bottles. The restaurant and brewery was purchased by new owners last May, and they planned from the beginning to start packaging the beer. But recently they decided to close the restaurant as of February 1, 2015. So Schooner’s beer will likely be a little harder to find for a few months, while they transition from brewpub to production brewery.

I spoke to longtime brewer at Schooner’s, Craig Cauwels, and he tells me they hope to be brewing in a new space by mid-to-late summer. They may contract some beer during the downtime, but a final decision on that hasn’t been made yet, and will most likely be dependent upon how the search for a new building for the brewery is going. They expect to know more about potential sites for the brewery over the next month.

Cauwels also will be investing in the new brewery, and will become a partner in the venture, which is exciting, because Craig is an incredibly talented brewer and it will be great for him to have a stake in the company. Schooner’s was named “Brewery of the Year” at last year’s California State Fair Brewery Competition, and has won countless awards over the years. His Old Diablo Barley Wine is consistently one of the best barley wines you’ve never heard of (but should have) and hopefully will soon be available in bottles, along with many of Schooner’s other beers. Look for bottles of Schooner’s beer on store shelves soon, or at least by the end of the summer if all goes according to plan. 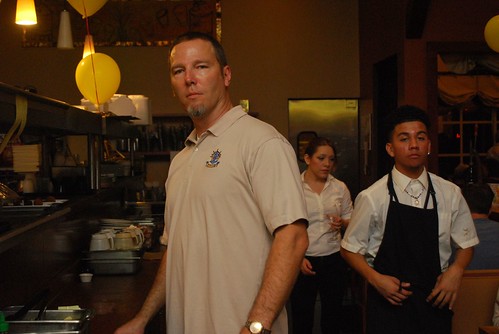