You are here: Home / Art & Beer / The Secret Life of Machines: Adnams Brewery

A favorite British television show of mine was The Secret Life of Machines, by Tim Hunkin, whose birthday is today, January 1, 1950. Hunkin is “an English engineer, cartoonist, writer, and artist living in Suffolk, England. He is best known for creating the Channel Four television series The Secret Life of Machines, in which he explains the workings and history of various household devices. He has also created museum exhibits for institutions across the UK, and designed numerous public engineering works, chiefly for entertainment. Hunkin’s works are distinctive, often recognisable by his unique style of papier-mâché sculpture (made from unpainted newsprint), his pen and ink cartoons, and his offbeat sense of humour.” Given that his show, three seasons between 1988-1993, was about how machines work, it’s surprisingly low-key and minimalist, but quite fascinating. And often very funny.

Anyway, in 1977, Adnams Brewery, commissioned Hunkin to create a poster of their brewery in Suffolk. Hunkin remembered. “I spent a month drawing it and so enjoyed the experience that I moved out of London to Suffolk where I’ve lived ever since. I didn’t even drink much of the beer at the time. Before drawing it, I don’t think I had ever appreciated how the combination of words and drawings can make conveying information much clearer and simpler. I was able to dramatically cut the text about the brewing process by having it integrated with the drawing of the vats and pipes. I think all journalists should be taught to draw.”

I have a couple of books by Hunkin that are filled with detailed doodle drawings with loads of text like this, and they’re great, so I’d love to see what he wrote in this poster although the biggest file of the poster I could find wasn’t quite big enough to read it all. 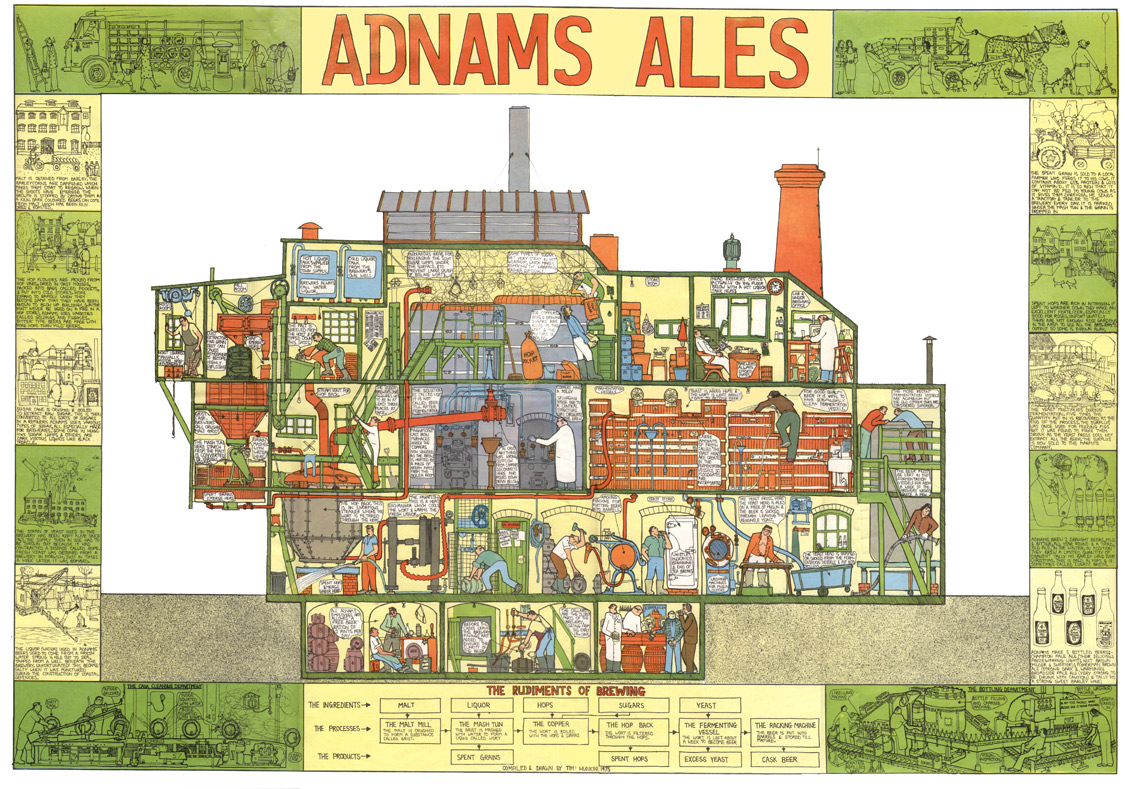 Or you can see it full size here.