Well that was great fun, I was certainly glad to see so many people step up and participate, despite my best efforts to make things as difficult as possible. And everybody seemed to have a very good time, too. Cheese and beers just brings out the best in all of us, I guess. Anyway, I’m doing the round-up a little bit differently this Session, because this is not just the end of the Session, but also the beginning of the second phase, or Session #51.5. Below you’ll find a list of all of the beers paired with each of the three cheeses, or their substitute parenthetically, along with a link to each Session post submission. In most cases, I listed just the best pairing from each blogger for each cheese, unless otherwise noted. Also, I’ll continue to update this list as late submissions continue to roll in, as they inevitably do. Following that, you’ll find instructions on how to participate in round two, Session #51.5 on Friday, May 20. 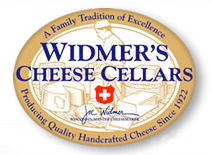 Here are the best pairings everybody chose for the Widmer 1-Year Aged Cheddar, or a suitable substitute. I’ve noted what substitute cheese was used, where applicable. 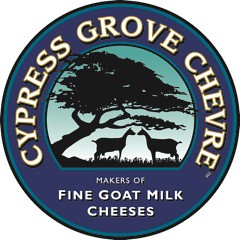 Here are the best pairings everybody chose for the Humboldt Fog, or a suitable substitute. I’ve noted what substitute cheese was used, where applicable.

Here are the best pairings everybody chose for the Maytag Blue, or a suitable substitute. I’ve noted what substitute cheese was used, where applicable.

I was also glad to see so many people not stress too much about the specific cheeses I recommended. I knew that not everybody would be able to find them going in, but it seemed like the more who could find the same cheeses, the better the experiment would work, because it could more easily be duplicated regardless of location. But I also realized that with beer bloggers so spread out around the world, that in the end it was an impossible task and felt it was better to participate with a substitute cheese then not at all, and as long as the cheeses were somewhat similar, I figured it would still be valid. A number of people also added additional cheeses or could not find substitutions that were similar, so the list below is all of the other and extra cheeses that peoples paired together.

4. Other or Extra Cheeses Paired

Okay, I know not everyone will want to go for this, but if you’re with me so far and you’ve already participated in Session #51, here’s the idea for part two. Use the list of beers chosen by everybody for each of the three cheeses that are listed above to try a few more beers with the same cheese. Over the next two weeks, simply pick up some of the other beers that were suggested, and try them with the same three cheeses and do a follow up blog post on Friday, May 20 — which I’m calling Session #51.5 — to explore more fully pairing cheese and beer.

You can write about how your choices compared, or what you learned from the other suggestions, or which out of all the ones you tried worked best. What recommended pairing most surprised you? Which didn’t seem to work at all, for you? It’s my way of taking the Session concept and making it more interactive and collaborative, essentially an “online cheese-off.” First, we made our best recommendations for pairing a beer with these three cheeses, and now we have an opportunity to try as many of the suggestions as we can, and discover which worked best. I’ll then do a second round-up and report the findings of the group as a whole to the beers and the three cheeses together.

Spread the cheese .. er, the word. If you’ve already done Part One, don’t stop now, keep going. Read what your fellow bloggers liked, and pick a few to try yourself. To participate, just post a comment here with a link to your blog post for Session #51.5.