Our 57th Session brings us into the confessional, courtesy of our host, Steve Lamond, from Beers I’ve Known, who magnanimously agreed to fill in for the recently pilfered Pete Brown. Stephanos — Steve’s alter ego — has chosen the topic Beery Confessions: Guilty Secrets/Guilty Pleasure Beer, which he describes as follows:

One of the things I most enjoy about blogs and personal writing in general is the ability to have a window into another’s life, in a semi-voyeuristic way. So I’d like to know your beery guilty secrets. Did you have a particularly embarrassing first beer (in the same way that some people purchase an atrocious song as their first record) or perhaps there’s still a beer you return to even though you know you shouldn’t? Or maybe you don’t subscribe to the baloney about feeling guilty about beers and drink anything anyway?

You’re also welcome to write about bad drinking experiences you’ve had as a result of your own indulgence or times when you’ve been completely wrong about a beer but not yet confessed to anyone that you’ve changed your mind.

Its fairly wide open, take your pick. Variety is the spice of life as they say (and I hope there’s more than 57 of them…)

Since Stephanos says he likes discovering personal things about his fellow beer bloggers, getting “a window into another’s life, in a semi-voyeuristic way,” I’ll recount my own, vaguely embarrassing first taste of not beer, close in a way, but actually “Near Beer,” non-alcoholic beer that was, believe it or not, aimed at kids when I still was one. In fact, my mother bought me some when I was around twelve and my friends and I tried it one day. It was so bad it’s a wonder I ever tried beer again. 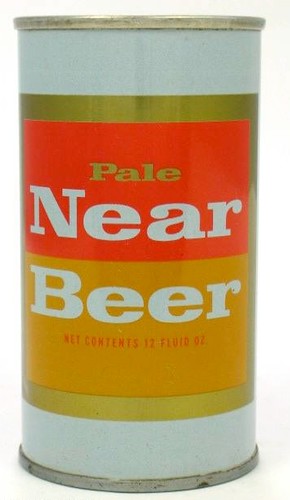 I wish I remembered more details about it. I thought the can was silver in color, but I also remember bright colors. Of course, this was the early 1970s so bright colors were everywhere. I’ve written about this before, though I thought I’d remembered more details than I can now, but unfortunately that’s just not the case. Back in November of 2006 I participated for the third, and final time, in NaNoWriMo, or National Novel Writing Month. NaNoWriMo is a great exercise for writers. Every November for over a decade, it challenges writers to complete a 50,000-word novel in 30 days. That works out to 1,667 words a day, every day.

That year, I wrote Under the Table, A Fictional Memoir of Growing Up With Beer, the first draft of which is still online. As far as I know, the only people to actually read it were my mother-in-law and Shaun O’Sullivan, from 21st Amendment, who was sick for a good portion of that November in 2006 and needed something to do. The story was a mostly true account of 24 episodes in my life, from the first memories of my parents drinking beer — I grew up with an alcoholic, psychotic stepfather — to my own adventures drinking in New York City in my late teens and early twenties. I chose 24 chapters because that’s a case, and each chapter starts with a particular beer remembered from my childhood as a starting point for my admittedly self-indulgent reminiscences.

Chapter 7, Not So Close, ends with the time my friends and I first tried the truly awful Near Beer.

This was also the same time that I first tried near beer. I don’t remember why my mother bought it for me, but it was in the basement refrigerator with the rest of the real alcohol. Perhaps she was afraid that my stepfather’s influence might turn me into an alcoholic, too, who knows? But some friends and I tried it one afternoon when I was in my early teens, probably around twelve or so. It was truly awful, as I remember it, and I wasn’t the only one. We all hated it. If this was what beer tasted like, I didn’t understand why adults seemed to drink so much of it. But it did seem like so many other aspects of the life I’d imagined for myself. It was as close to beer as my life was to being normal, not even close.

Happily, I didn’t give up on beer and found that it was much better than that first near experience. I continued drinking the somewhat bland regional lagers available in 1970s Eastern Pennsylvania. They offered not much in the way of variety but in retrospect were more varied than beer became in the following decade when consolidation, mergers and takeovers gave us “The Big 3,” with little else to drink. But after joining the Army Band out of high school, I was stationed in New York City. For a musician, the city was a great place to be at that time. It offered endless places to see live music. Although I liked rock & roll, I was a bigger fan of jazz, especially big band. And there was some terrific places to see jazz, a number of them in the village. There were even these private loft clubs in some warehouse district that I couldn’t find today if my life depended on it, but we knew people who knew people and thus had the address to some of these unmarked jazz clubs. Many of the jazz clubs in New York were selling beers like Guinness, Bass and Pilsner Urquell, beers utterly different than anything we had back home. That’s actually the genesis of my own love affair with beer and was also detailed in Chapter 23 of Under the Table, Jazz in the Dark. 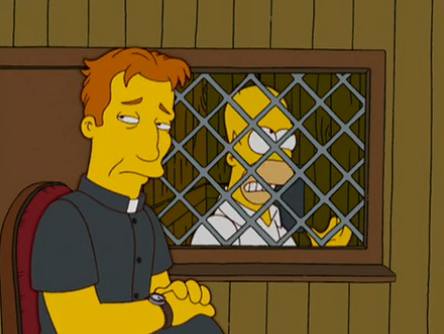 But the confession part of that story is that although I began to learn more and more about beer, and tried as many different ones as we encountered, I continued to drink the familiar regional lagers and even the mainstream national brands when nothing else was available. I hadn’t yet become the annoying beer snob that I am today, when I’ll politely decline a beer if there isn’t anything I deem worthy of drinking at that moment. So there was a good decade where I drank craft beer whenever I could, but wasn’t too fussy when offered something not as tasty. I regret putting social considerations ahead of my taste buds. Of course, I wasn’t as curmudgeonly then, either, and probably had more friends. Is there a connection? Probably.

And one final confession: 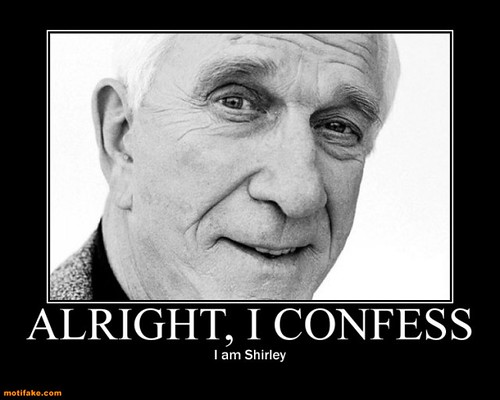