How did I not know about this before? Although it’s not about beer, it is about goats, which is close enough for me. Apparently for the last fifty years Sweden has had their own version of a burning man (sort of), although for them it’s a Gävlebocken, or “Gävle goat.” It’s essentially “a traditional Christmas display erected annually at Slottstorget in central Gävle, Sweden. It is a giant version of a traditional Swedish Yule Goat figure made of straw. It is erected each year at the beginning of Advent over a period of two days by local community groups.” 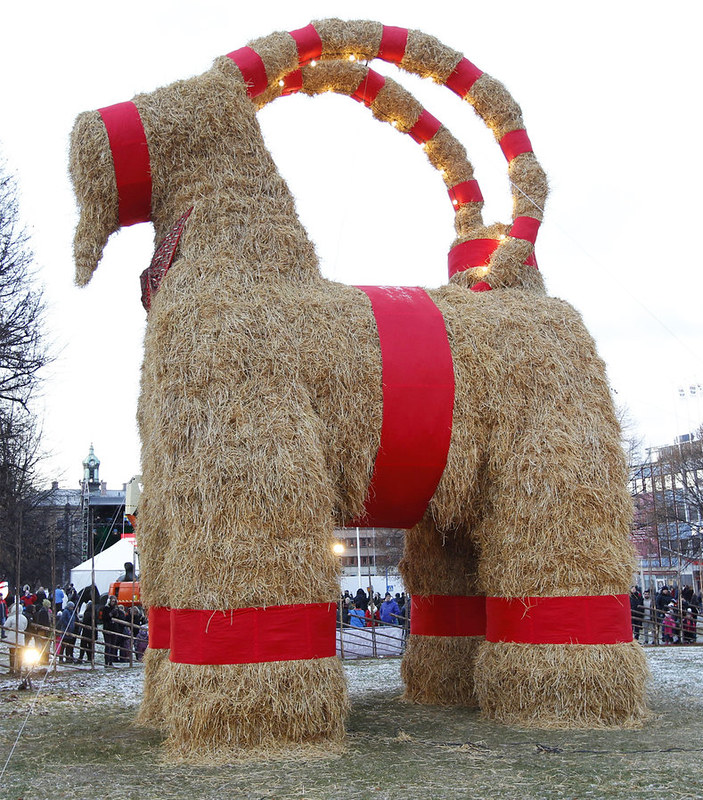 Here’s the basic history, from Wikipedia:

The Gävle Goat is erected every year on the first day of Advent, which according to Western Christian tradition is in late November or early December, depending on the calendar year. In 1966, an advertising consultant, Stig Gavlén, came up with the idea of making a giant version of the traditional Swedish Yule Goat and placing it in the square. The design of the first goat was assigned to the then chief of the Gävle fire department, Gavlén’s brother Jörgen Gavlén. The construction of the goat was carried out by the fire department, and they erected the goat each year from 1966 to 1970 and from 1986 to 2002. The first goat was financed by Harry Ström. On 1 December 1966, a 13-metre (43 ft) tall, 7-metre (23 ft) long, 3-tonne goat was erected in the square. On New Year’s Eve, the goat was burnt down, and the perpetrator was found and convicted of vandalism. The goat was insured, and Ström got all of his money back.

And vandalism of the goat has also become part and parcel of the legend each year. Even the Wikipedia page includes a chart of how long the goat lasted each year. Some years, like 2014, it lasted throughout the holiday season and into January. But even then, there were three attempts by arsonists. It’s actually only made it all the way to January intact a dozen times, and one of those years with some damage. This year, it only made it one day, and was burned down on November 27. 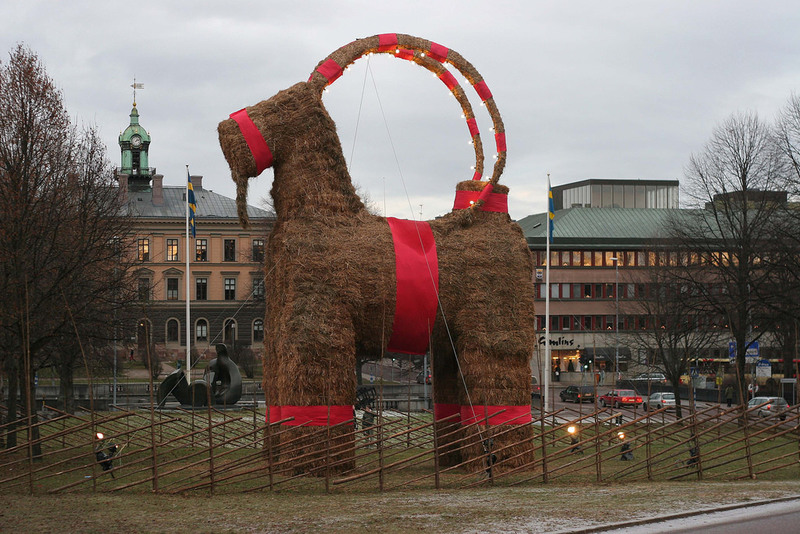 This was this year’s Gävle goat.

A tourist website for the town of Gävle, VisitGävle, with facts about “the world’s largest straw goat.”

The peculiar story about the Gävle Goat started in 1966. A man named Stig Gavlén came up with the idea to design a giant version of the traditional Swedish Christmas straw goat. The objective was to attract customers to the shops and restaurants in the southern part of the city. On the first Sunday of Advent 1966, the huge goat was placed at the Castle Square. Since then, the Gävle Goat has been a Christmas symbol placed in the same spot every year. Today it’s world famous. The goat is the world’s largest straw goat and made it to the Guinness Book of Records for the first time in 1985.

Worth knowing about the Gavle Goat 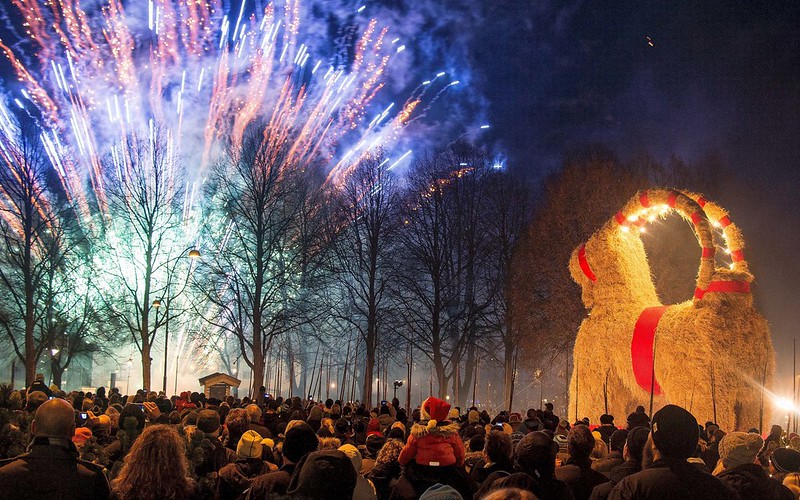 Visit Gävle adds. “You can follow the Gävle Goat from the first Sunday of Advent until after New Year or until the sad day that it meets its notorious fate.” For that purpose, they’ve set up a webcam where anyone can keep an eye on the goat, although this year it’s already too late. On the plus side, that’s how they were able to capture it burning on film.