Today is the birthday of Herman Zibold (April 4, 1836-July 20, 1891). He was born in Riegel, Baden, in what today is Germany. When he was 23, in 1859, he emigrated to the and fought in the Civil War for four years. Afterward, he worked for breweries in St. Louis and St. Joseph, both in Missouri. He Eventually settled in Atchison, Kansas and with a business partner who was also originally from Baden, Joseph Hagelin, bought what was originally a brewery started by Hugo Knecht and Albert Weinman in 1860. Zibold bought it from the third owners in and renamed it the Zibold & Hagelin Brewery. Zibold operated the brewery for the next twenty years, and after he died, Haegelin continued the business but also died two years later, in 1893. Their two widows kept it going, but I’ve been unable to find out when it finally closed.

Here in sunny California, we can stroll down to the local grocery store, or convenience store, and buy a six-pack of beer. It’s not a big deal. It’s been that way since I moved here in 1985, and probably was that way long before I arrived. I pretty much take it for granted, but there are still states where adults still can’t buy a beer without going to a special store, sometimes run by the state itself, to protect its tax revenue, but more importantly to tightly control the distribution of demon alcohol. My home state of Pennsylvania was (and is) one such state. All of the states’ alcohol laws were written in the wake of prohibition’s end, and were designed with that failed legacy in mind. Most of these laws today are antiquated and out-of-date in the face of modern life.

But changing alcohol laws are harder than many other laws, because there’s a special layer of angst that lawmakers must face. Alcohol is still treated as a toxic substance, one that poses a danger, despite it having been around since the dawn of civilization and having been legal for adults for literally the entirety of human history, with the notable exception of thirteen years in the mid-20th century. But prohibitionist strategy since essentially the moment the 21st Amendment was ratified has remained unchanged: to make it as difficult as possible for adults to obtain legal alcohol. And so for the past 80+ years they’ve been tireless in their efforts to make us work for our beer. So now the state of Kansas is seeking to modernize the state and allow beer, wine and spirits to be sold in grocery and convenience stores. The modest bill takes into account liquor stores’ current monopolies and gives “them 10 years to adapt to increased competition in the marketplace. Beer sales would not be legal until 2017, wine in 2020, and spirits in 2024.” But that would mean there would be more places where adults could legally buy something that they’re legally entitled to purchase, and we certainly don’t want to encourage that. Or rather the prohibitionists don’t want people to be able to. Alcohol Justice tweeted out their displeasure with Kansas, chastising lawmakers there with a simple admonishment: “Bad move.”

I’m sure they have an excellent reason why it’s a “bad move” for adults to have more freedom and convenience in purchasing their alcohol, something they’re already allowed to do, but so far A.J. is mum on the whys are wherefores. Although you can be sure it has something to do with protecting children or how much more the state will be harmed if people can increasingly be able to engage in the legally permissible act of enjoying a beer. They’ve never been too strong on logic or rational thought, so maybe it’s best they stick to the sublimely absurd. Because as far as I can tell, Alcohol Justice telling the legislature of the state of Kansas “bad move” is the schoolyard bully equivalent of “because we said so” or “because we don’t like it.” 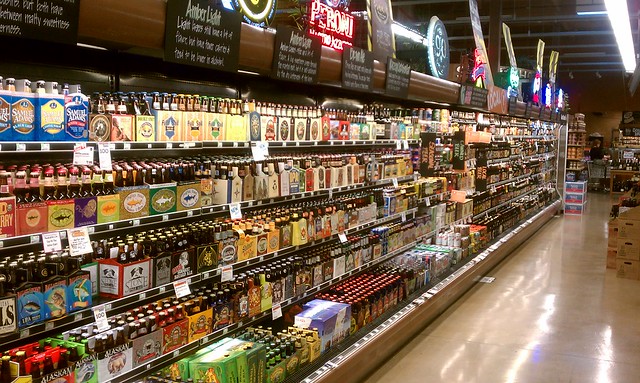 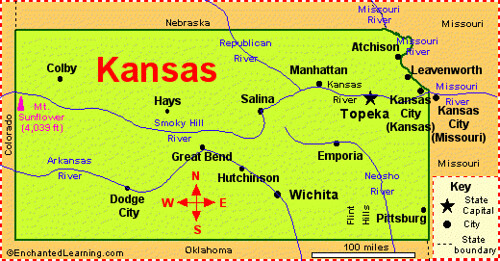