Yesterday, one of my favorite beer events of the year took place. The annual Toronado Belgian Beer Dinner with food by Sean Paxton, the Homebrew Chef, ran to twelve courses and was paired with 21 different Belgian and Belgian-inspired beers. Including the beers that were used as ingredients in each dish, a total of 48 different beers were involved in the meal. Here’s my photo record of the event. 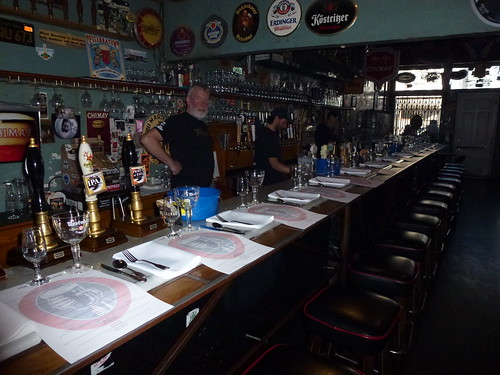 The Toronado ready for its annual beer dinner. 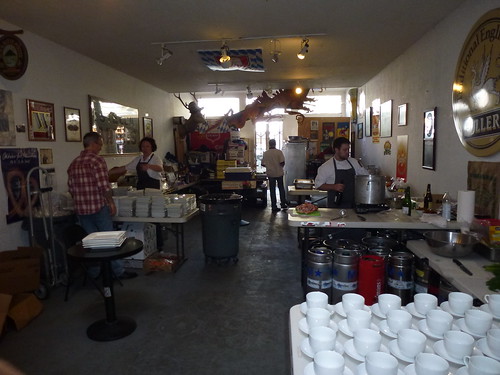 With preparations for the dinner going on in the back room. 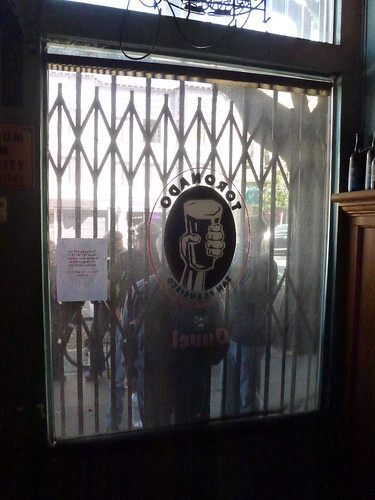 While diners waited outside for the doors to open and the feast to begin. 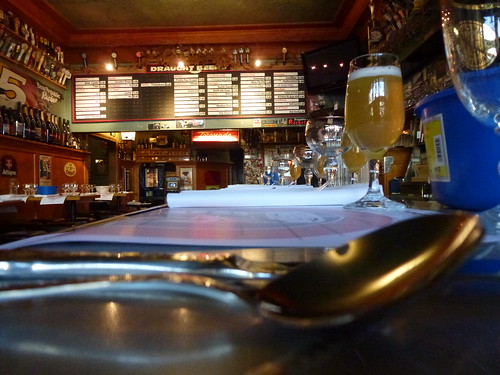 Back inside, the first beer, Dupont Avril, was poured and ready for the thirsty, incoming throngs of people. 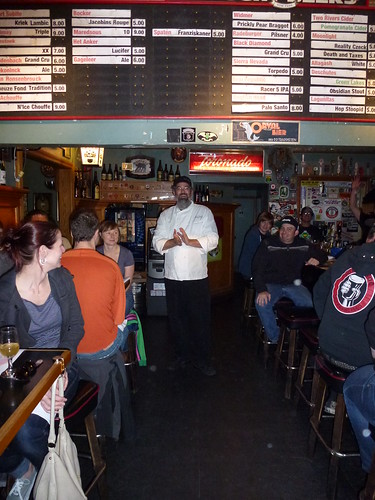 Then Sean Paxton introduced the meal and talked about the first course, the idea behind it, what ingredients he used and the beer or beers he paired it with. This was repeated for each of the twelve courses. 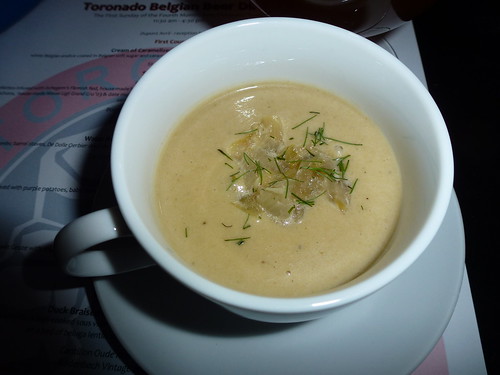 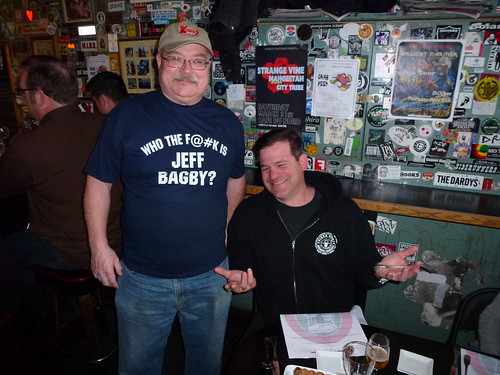 One of my favorite stories of the dinner was that brewer extraordinaire Jeff Bagby and his fiance Dande were in town for a friend’s wedding, read about the dinner here on the Bulletin, and decided they could make part of the meal before catching their flight back to San Diego. Toronado owner Dave Keene wore this short in honor of Jeff and Dande coming, and in the end they cancelled their flight so they could stay for the entire feast and left the next morning. 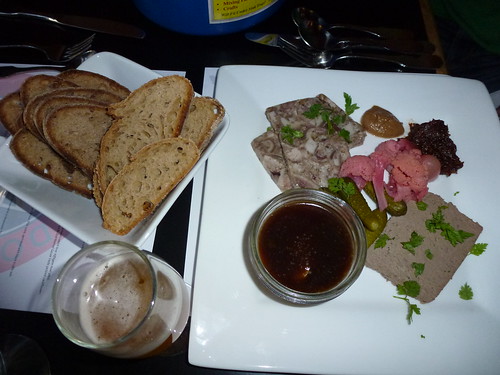 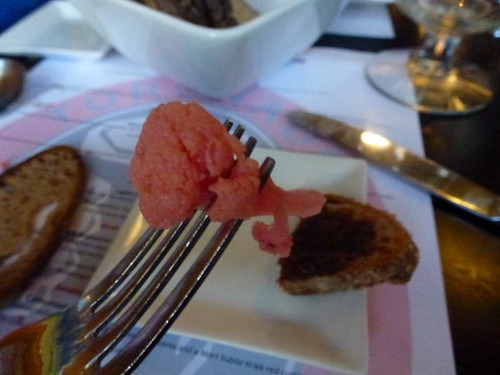 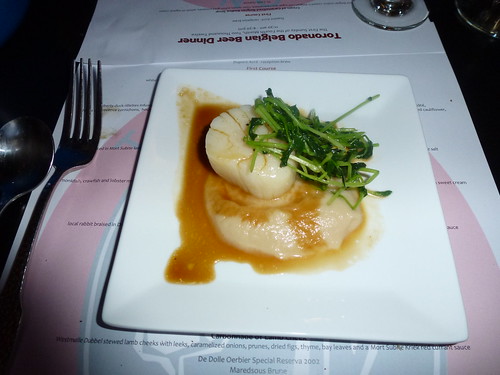 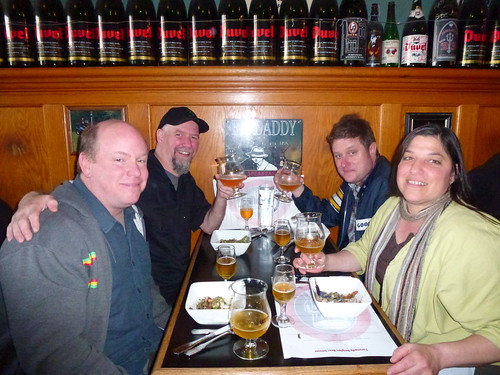 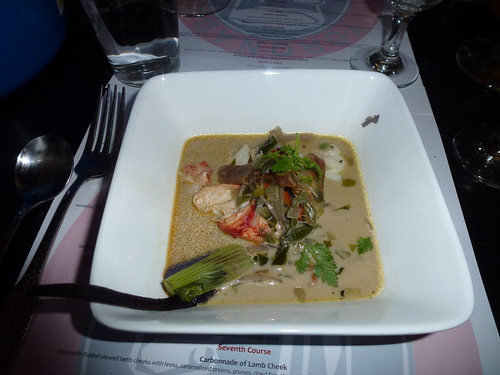 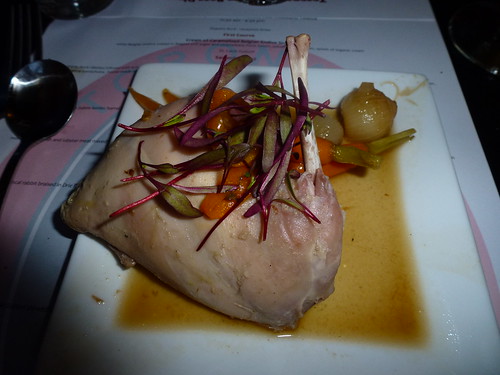 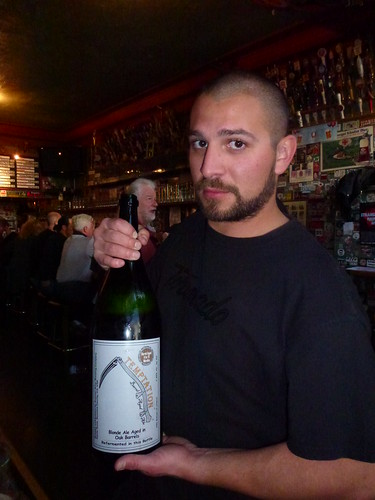 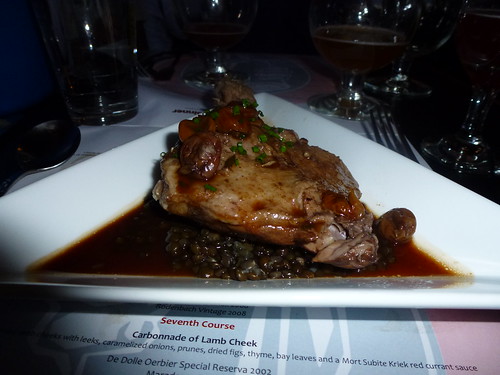 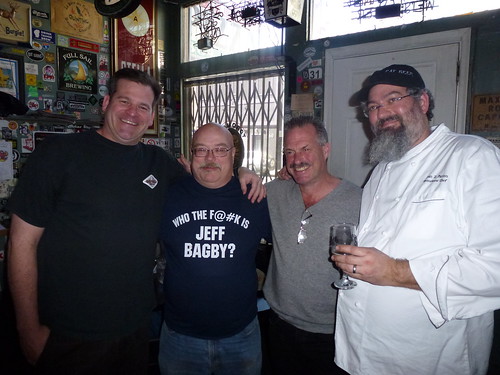 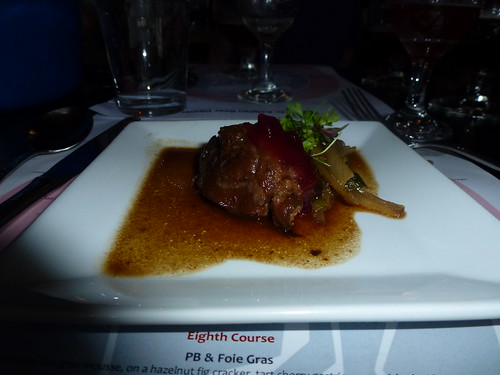 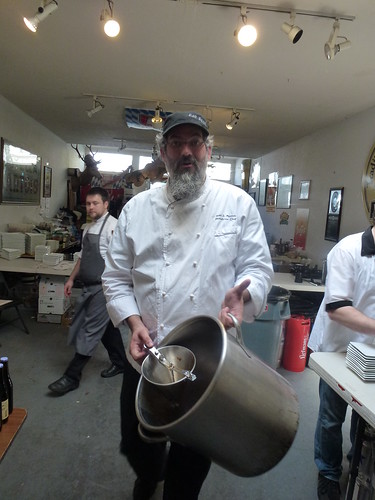 Sean keeping things moving in the back room. 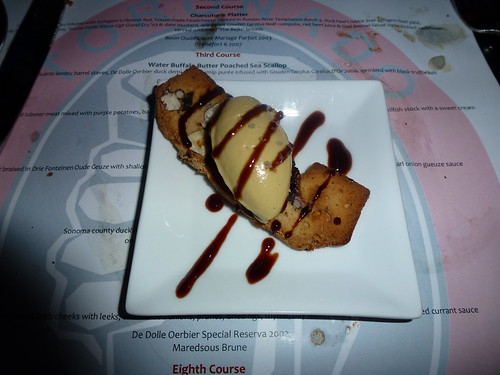 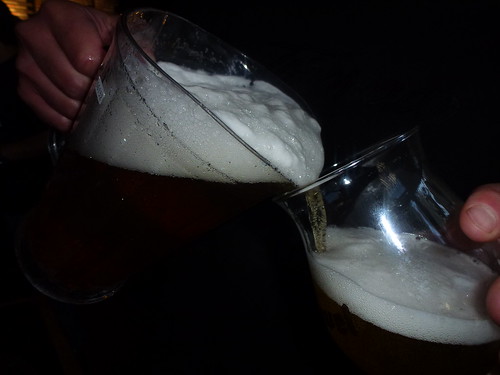 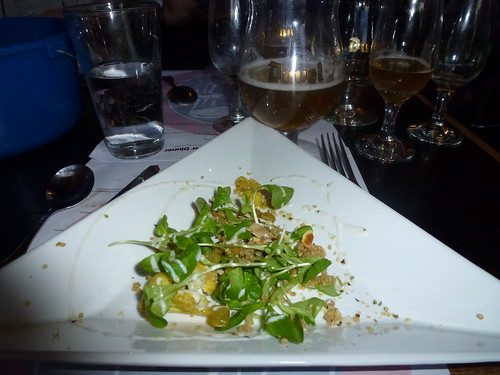 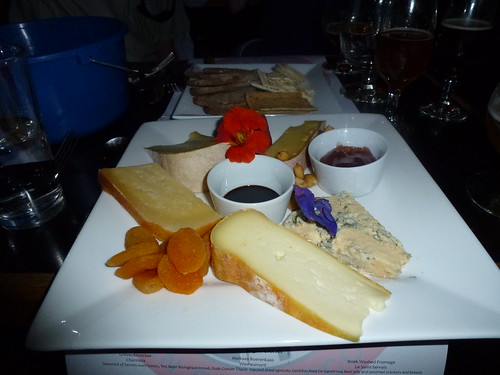 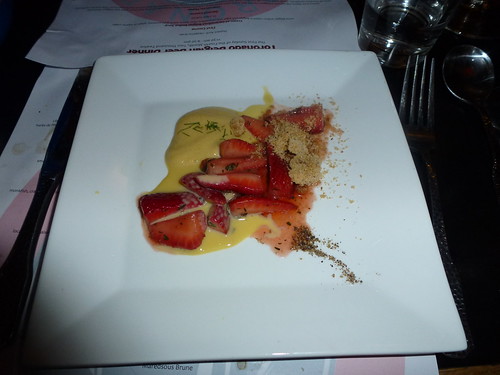 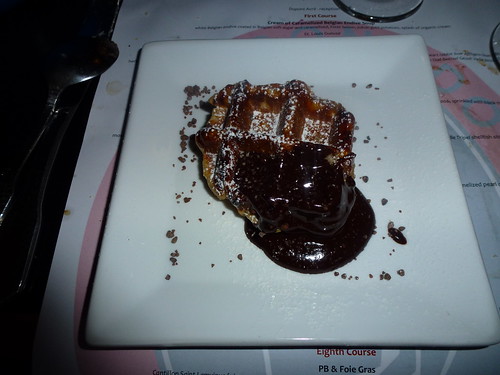 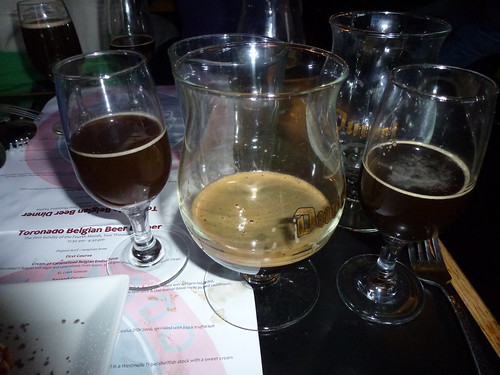 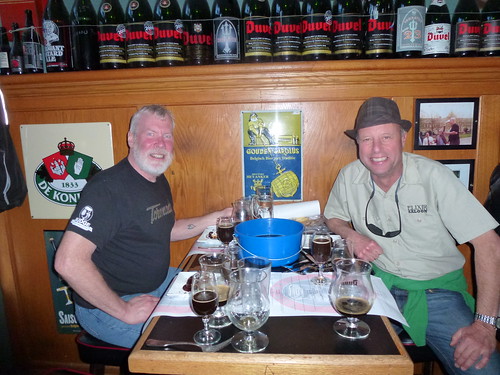 My dinner companions at the end of the feast. Dave Suurballe and Pete Elzer from Wine Warehouse.