You are here: Home / Beers / Why Greasy Food Tastes So Good When You’re Hungover

There’s nothing quite so tasty the next morning after a session of drinking that wakes you up with a pounding headache as greasy food. For me, greasy food is perfect for any meal, but it’s especially fitting after a night of overindulgence. I’ve often wondered why that is, or if it was anything more than the grease sopping up the leftover alcohol coursing through my veins. According to a short article in Popular Science a few years back that I just stumbled on entitled FYI: Why Do We Crave Greasy Food When We’re Hung Over?, the answer is, at least in part, because “we’re really just going back to our caveman roots.”

“All mammals gravitate to eating the most energy-dense foods,” David Levitsky, professor of human ecology and nutritional sciences at Cornell University, says. “Fat is the most energy-dense food available.” It’s just that sober, you won’t usually give in to those cravings. But after a night of boozy indulgence, you lose such learned inhibitions as disciplined eating, Levitsky says.

William Gruchow, a professor at the University of North Carolina at Greensboro, has studied and written about galanin and its effects on various neurotransmitters. “Galanin increases appetite for fats, and consumption of fat causes more galanin to be produced,” Gruchow said. “Alcohol intake also results in increased galanin production.”

By consuming large quantities of high-fat foods and alcohol, you increase your triglycerides possibly stimulating galanin production. That, in turn, makes you crave that calorific Denny’s breakfast you’d never touch otherwise. “The bottom line here is that alcohol intake increases one’s appetite for fat, and fat intake does the same. This is a double whammy for drinkers who eat fatty foods while drinking,” Gruchow says.

And here I just thought it tasted good. 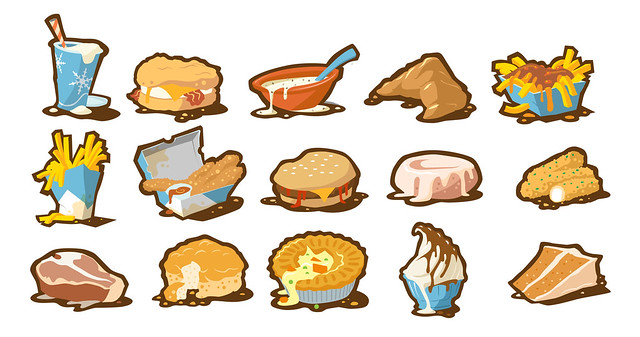