You are here: Home / Art & Beer / Yule Shoot Your Eye Out

This is just priceless. Eric Warner’s new brewery in Texas, Karbach Brewing, has named their new seasonal beer for one of the greatest holiday movies ever made, A Christmas Story. The 8% a.b.v. seasonal was made with ginger, cocoa nibs, orange peel, cardamom, allspice, nutmeg and cinnamon, and has one of the best beer names I’ve heard in quite some time: Yule Shoot Your Eye Out. 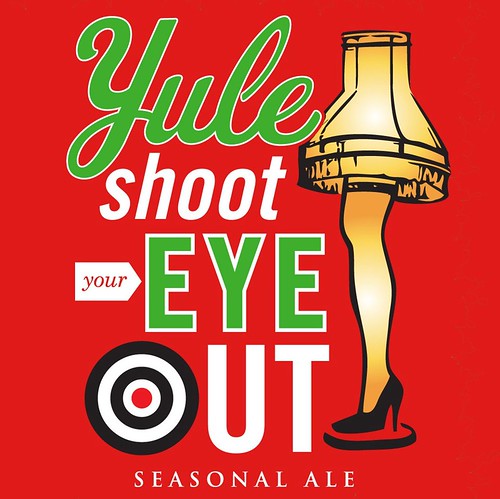 There’s also a promotional video for the beer.

But wait, there’s more. There’s also a second Christmas beer that was inspired by A Christmas Story, this one slightly more subtle. It’s calle Fra Gee Lay — must be Italian! — an ale brewed with spices and aged in Bourbon barrels. It’s essentially the Yule Shoot Your Eye Out barrel-aged, and there’s another video.

Hilarious. Now if I can only figure out how to get the beer. Maybe if I hold up the brewery with my Red Ryder BB Gun.