You are here: Home / Editorial / Alcohol Advertising And Reality

Recently the prohibitionist group MADD published a blog post entitled Alcohol Advertisements And Our Kids that’s rife with propaganda, inaccuracies and unfounded statements. Surprised? No, not really. It’s about as self-serving as you’d expect.

It begins by touting proposed “new alcohol advertising guidelines, based on findings by researchers at Johns Hopkins Bloomberg School of Public Health.” Of course one of the “study’s” authors, David Jernigan, is the Director of the notoriously anti-alcohol Center on Alcohol Marketing and Youth (CAMY), funded by the Centers for Disease Control and Prevention Behavior and Society at the Johns Hopkins Bloomberg School of Public Health. Jerigan was also the author of this travesty: Bud Blamed In Absurd E.R. Visit Study. So this is a perfect example of the tactics of modern prohibitionist propaganda. One group does a dodgy “study” and another — in this case MADD — takes it and passes it along as unbiased scientific proof of their agenda. This tactic is leading to a crisis of confidence in journals, which I wrote about previously in The Credibility Crisis Of Science Journals. 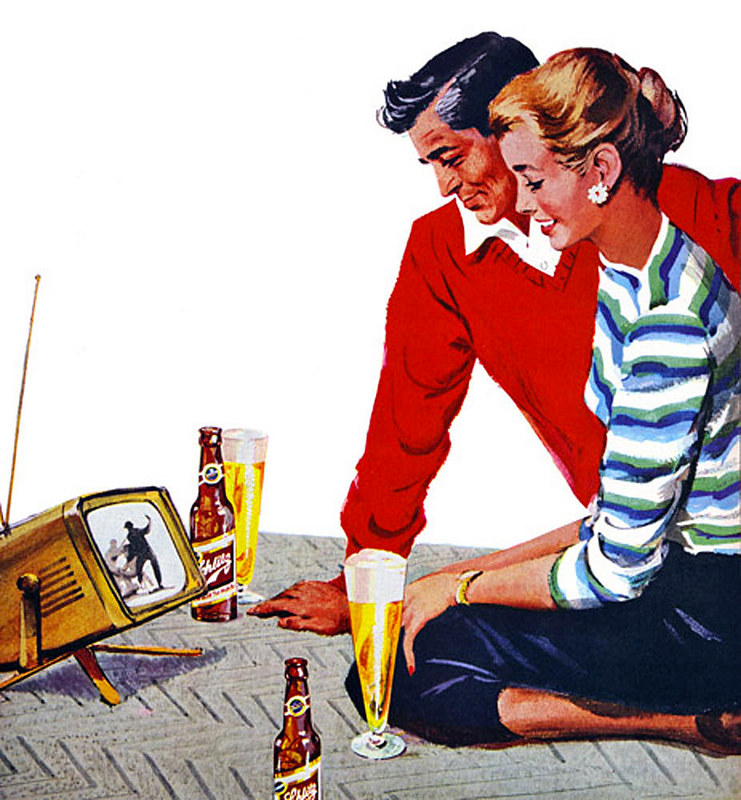 This so-called report, which is actually called The Potential Impact of a “No-Buy” List on Youth Exposure to Alcohol Advertising on Cable Television. MADD and the propagandist’s claim that they “could dramatically reduce the number of alcohol ads viewed by children – if advertisers follow them,” which is another way of stamping their feet and saying do it our way. This “study” found that “[y]outh were exposed to 15.1 billion noncompliant advertising impressions from 2005 to 2012, mostly on cable television.” But so what? What does that even mean? Fifteen billion is a big number, so it sounds scary. But that’s a total number over eight years, or 2,922 days. Which is about 5.2 million ads each day. Still sounds like a lot. But there are almost 1,800 commercial television stations in the U.S. alone, as of 2014. That’s roughly 2,871 ads per station per day.

But how does that number compare to reality? Over a twenty-four hour period, using an average of 15 minutes of advertising per hour (it varies, though cable tends to be higher than broadcast television) that would be 360 minutes of ads (or 6 hours). Assuming an average of 30 seconds per ad, that would be 720 ads per day, per station. So for all 1800 stations that would be 1.3 million ads per day. TOTAL! Yet this “study” is claiming almost 2,900 “noncompliant advertising impressions” — meaning alcohol ads they don’t like — per station per day and 5.2 million each day. There’s some pretty fuzzy math.

Even if my averages, which seem reasonable from the data I found — from generally reputable online sources — were off by a lot (and I rounded up in the so-called study’s favor in every instance) their numbers seem impossible. And don’t forget my numbers, which are orders of magnitude less than their numbers are for ALL advertising while for the study’s numbers — which they’re claiming are not even all alcohol ads — but all alcohol ads that they consider don’t comply with current advertising guidelines for alcohol. And that those “noncompliant” beer and alcohol ads consist of roughly four times the total of all television advertising. Hmm. So that seems reasonable. Here’s how they claim to come about their numbers.

Data source
Television advertising data for the years 2005–2012 were licensed from Nielsen (The Nielsen Company, New York, NY) for all alcoholic beverage types in Nielsen’s alcohol category (beer, distilled spirits, alcopops or sweetened alcoholic beverages that taste like soda pop and contain malt-based alcohol, and wine). The details of our methods for processing and analyzing Nielsen data have been reported previously (Center on Alcohol Marketing and Youth, 2010). Briefly, occurrence and audience data were downloaded from Nielsen Monitor-Plus; coded to classify advertisements as product, “responsibility,” or other types of advertisements; standardized regarding brand names and alcohol types according to Impact Databank, a leading alcohol industry marketing research firm; and organized into a Microsoft SQL*SERVER database (Microsoft Corporation, Redmond, WA). This study used data on 2,461,999 alcohol product advertisements on network, cable, and local television from 2005 through 2012, with a particular focus on 1,452,661 (59% of the total) cable television advertisements.

But they also claim that “one in eight alcohol commercials were seen by children. No, make that absorbed by children. Not to mention these occurrences were already not in compliance with the alcohol industry’s previous self-regulatory advertising guidelines.” But let’s break that down. Even if their fantastic numbers were true, how exactly can they claim that the kids actually saw the ads. Kids don’t watch every channel, all the time (nobody does) so unless I’m missing something they seem to be saying all the ads shown are actually seen by these kids, which of course is utter nonsense. But they don’t say just that, they go even farther, saying these kids “absorbed” them. That makes these the most impressive children in the history of mankind, paying such close attention to these commercials, riveted to their televisions, soaking it all up.

Of course, that’s just, at best, opportunities for a kid to see an ad. No child is seeing anywhere near as many ads as their numbers suggest. The window of times when kids watch is probably not twenty-four hours, and they don’t appear to have even taken that into account. No cable company or satellite provider includes all 1800 American commercial stations, more like 500 or so, further greatly reducing the opportunity for so many ads to be actually seen, let alone absorbed.

But we’re not done yet. They defined “underage audience” as “ages 2–20 years as a percentage of the total.” But how many two years old have a clue about what they’re seeing on television apart from purple dinosaurs and Mickey’s Playhouse? At what age do kids even pay attention to ads not for toys or (maybe) fast food? It’s certainly not two, which further erodes the numbers they’re relying on and reporting. No matter where you turn, it doesn’t add up.

Also, in the data source they state that they “used data on 2,461,999 alcohol product advertisements on network, cable, and local television from 2005 through 2012,” adding that they had “a particular focus on 1,452,661 (59% of the total) cable television advertisements.” So why then do they seem surprised and feel the need to point out that their “study” found that the ads kids saw were “mostly on cable television?” If they had “a particular focus” on cable, that would be expected, wouldn’t it?

But MADD’s not done with the spin. They also claim that all of these noncompliant ads (or maybe all the ads) “painted a picture of alcohol as fun and frivolous that children couldn’t help but take in, sending a dangerous and deadly message to our kids. Have no doubt, these ads played a role in shaping attitudes toward drinking and contributed to the number of underage drinkers and underage drunk drivers.”

Horseshit. First of all, beer most definitely can be “fun and frivolous.” Do you really think people would keep drinking if they’re weren’t having a good time? People are not automatically addicted with the first sip of alcohol that touches their lips, despite some prohibitionists actually seeming to believe just that. Undoubtedly, a small minority of people will develop some problem with their own control, no matter the cause. But here’s the thing. Automobile ads show new cars as fun and frivolous, too. But kids aren’t ignoring the fact that they can’t drive until they’re sixteen and going for joyrides or stealing cars as soon as their parents aren’t looking. There’s no epidemic of roving middle school gangs of car thieves taken in by how much fun it looks to drive a car, as shown in the countless television ads for all the shiny new cars. Context matters. The so-called study also ignores parents watching these ads with their parents, who in many cases are probably providing context. My kids are constantly bombarded with beer, and yet there is no confusion in our household that they’re not allowed to drink until they turn 21. We reinforce that, and they understand it.

But looking again at the so-called study as a whole, it’s clear that it’s less a scientific paper and more proselytizing propaganda, with over two-thirds of the text devoted to analysis, discussion and, primarily, their recommendations, meaning their excuse to tell the alcohol industry how they think they should advertise. This is the tactic that prohibitionists used to starting attacking alcohol companies the very minute that prohibition was repealed in 1933. They didn’t go away, they licked their wounds, and then changed their approach. And one of their main objectives was to restrict advertising in order to attack alcohol sales using advertising codes and other laws, usually citing their concern for “the children” to conceal their true purpose. Because we’ve all been watching alcohol advertising since we were kids, too, since almost no one alive today was born (only about 1.5% of today’s population) before prohibition ended. And a majority of us grew into responsible adults, and in fact actual consumption of alcohol has been dropping for decades, meaning at least the advertising hasn’t been turning us all into alcoholic monsters. There are, of course, many other factors, but just in terms of their general argument it makes little sense. And frankly, before prohibition there was no television advertising whatsoever, for the obvious reason there was no commercial television, and yet per capita alcohol consumption before and after prohibition is roughly the same, although it has declined to below pre-prohibition levels ever since 1980. So with or without advertising, overall per capita consumption has been roughly constant.

But as you may have noticed, MADD used the headline “Alcohol Advertisements And Our Kids,” invoking the “it’s for the children” strategy. This is such a textbook case of propaganda it’s quite amazing how much of it is twisted and misleading. After all of that, MADD concludes by selling their own program, the “Power of Parents®, which humorously enough they’ve even trademarked. They want to “help” parents by telling them what propaganda to brainwash their children with, even offering a “parent handbook.” It’s free, if you consider signing up for an endless stream of e-mails filled with more propaganda and pleas for donations exacting no cost to you. Just say know. 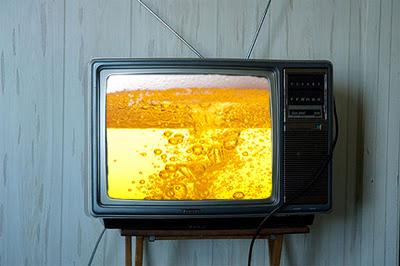