You are here: Home / Beers / American Cities Drinking the Most Craft Beer

Usually, when they break down craft sales, it’s by state, so it’s interesting to see it done by city. Vinepair based their map, Cities That Drink the Most Craft Beer, on Nielsen dollar share data, so while that means it’s only mainstream data from major chains and traditional retail channels, it is still interesting to see how it shakes out. All of the top five cities are on the West Coast, while Washington D.C. leads the East. Of the five not in the West, three are in the Midwest, one is in the Northeast and the other is D.C. And it would appear there’s a large swath in the middle that has some catching up to do. 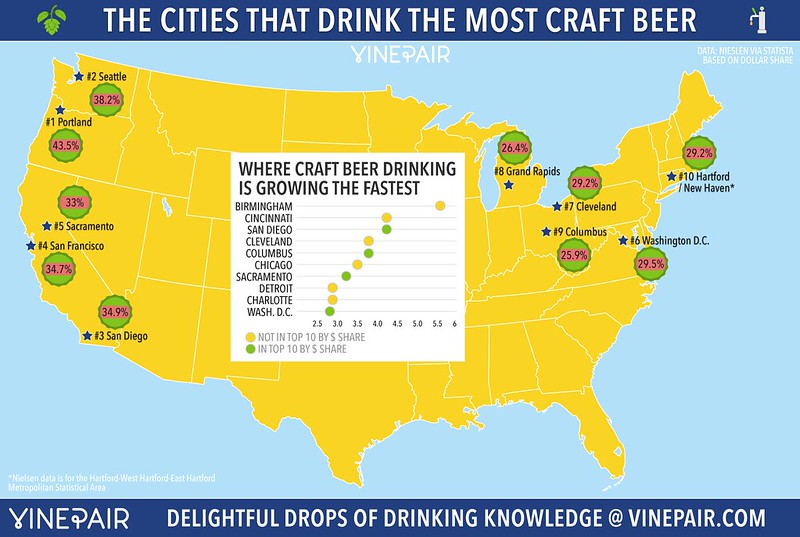