Friday’s holiday ad is for Blatz, from 1952. According to the ad, while many things have changed in the last century (or more), some things have remained the same, including beer and the use of predatory mistletoe. Who uses such a long ribbon to position it directly above the intended victim’s head? And is it just me, or is the ad showing the backwards slide of women’s rights? The 19th century picture depicts a couple courting, but on somewhat equal footing, sitting side by side on a couch. By contrast, the 20th century (albeit the 1950s) shows the woman standing, serving her beau, as a good woman of that decade was supposed to. I’m not sure I’d call that progress. 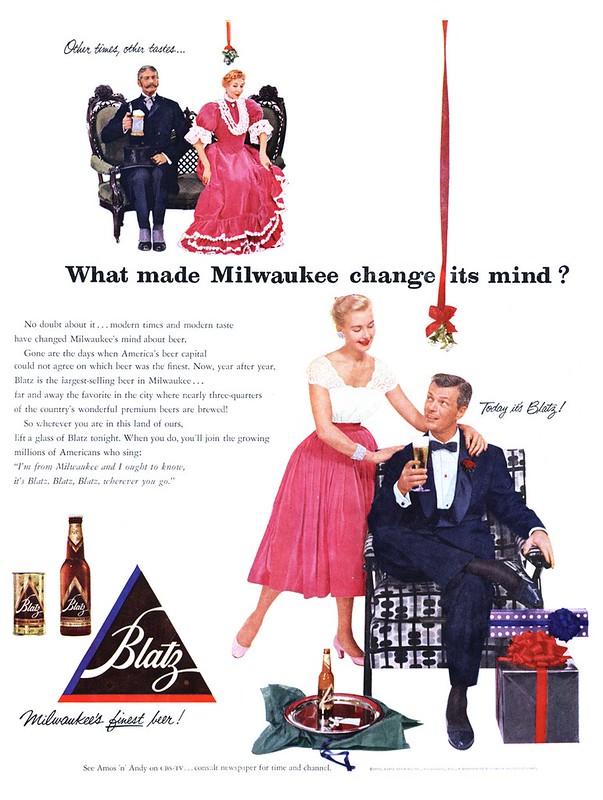