Friday’s ad is for Heineken, from 1977. In the year I graduated from high school, Heineken was considered “the good stuff” by my step-father’s friends and relatives, which in retrospect is rather sad and indicative of the state of beer at that time. This is also at a time when Holland seemed mysterious, and people really didn’t know much about the European nation. So using such cliched images in their ads like tulips and windmills probably made sense, but looks really dated now. Even the beer glass has a windmill on it. 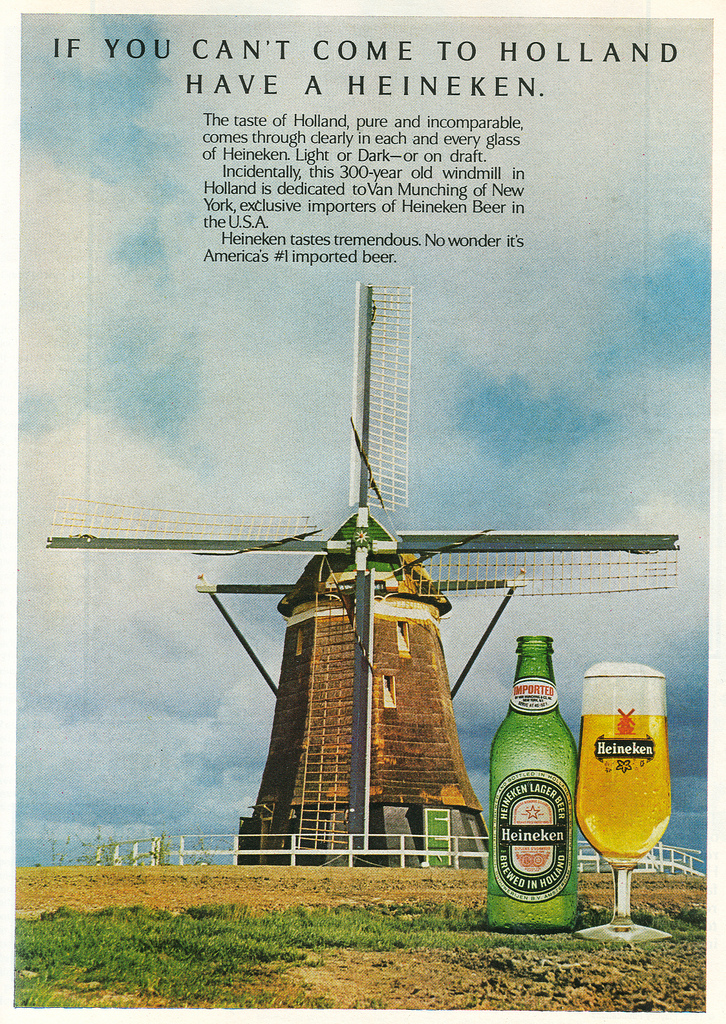