Thursday’s ad is for Rheingold, from 1953 and 1948. In the late 1940s and early 1950s, Rheingold recruited a number of prominent celebrities to do ads for them, all using the tagline: “My beer is Rheingold — the Dry beer!” In this first ad from 1953, American film actress and singer Irene Dunne, is becoming a hostess and so far the only thing she’s managed to get ready is the beer, Rheingold Extra Dry. 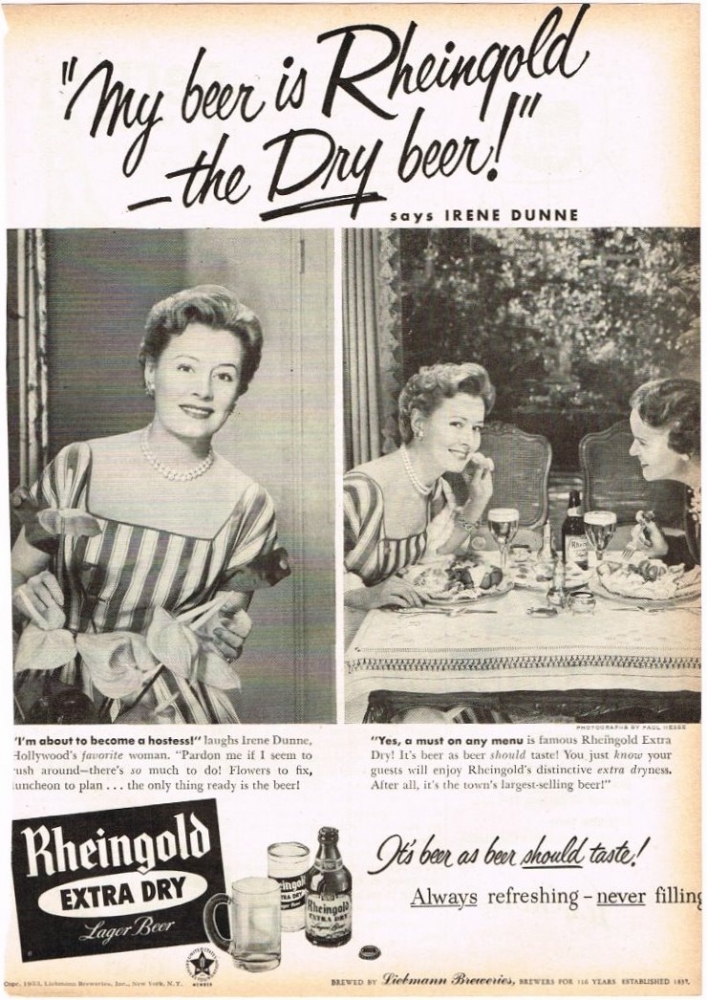 In this second ad from 1958, she’s still entertaining and says she always includes an “R.S.V.P.” on her invitations, which in her case meant “Rheingold’s so very pleasant.” 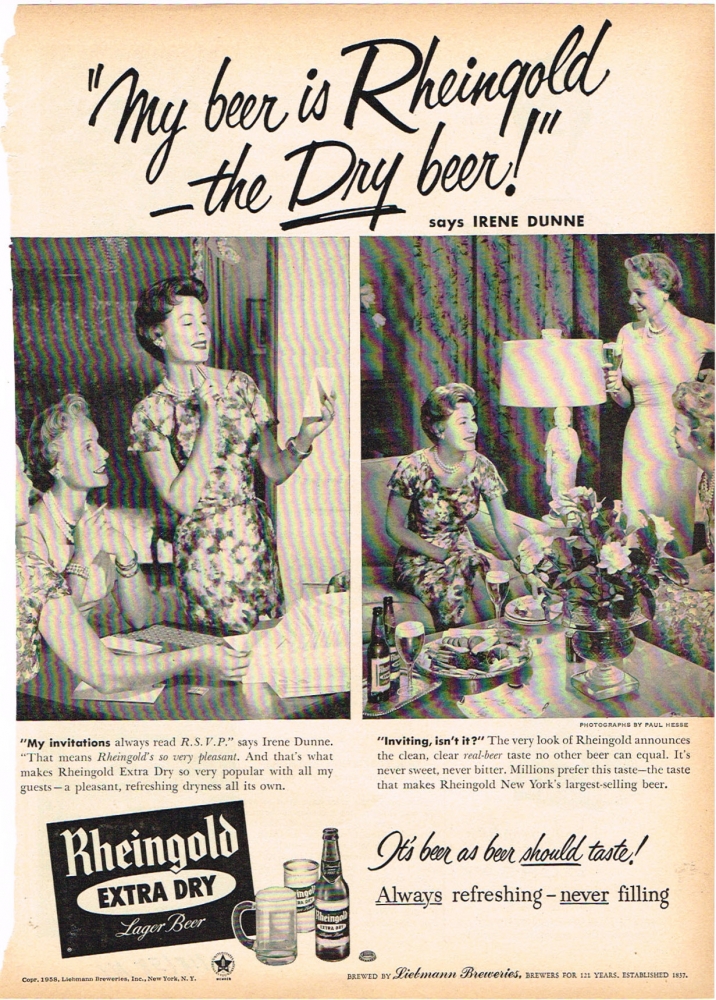